Whenever there is unusually cold weather in winter or chilly temps in summer, the more sardonic among us will quip, so much for global warming.

More accurately, they respond this way ... until the next big hurricane.

Not one to let a major storm go to waste, NBC News meteorologist Bill Karins did his part to advance the global warming agenda during an appearance on Rachel Maddow's MSNBC show Wednesday night --

MADDOW: So we keep breaking terrible records, right? We keep seeing (Karins sighs theatrically) what everybody talks about as 100-year storms or 500-year storms ...

MADDOW: ...and floods and all these things happening, I mean, is it, does it feel like things are more extreme both with individual storms and in terms of the frequency of extreme events just because we're seeing them in close proximity or are things getting worse?

Yup, you heard her right ... Evidence aside, what are your feelings on the subject?

KARINS: That's what everybody wants to know, right? Did we hit the tipping point? I mean, that's what everybody wants to know with these storms. And I think the message has changed and I think that's the most important thing. In other words, this used to be, you know, this storm happened because of climate change. You don't hear that now. Now what you hear is, this storm would have changed, we always had storms in the past -- but this storm was stronger than it should be because of climate change. 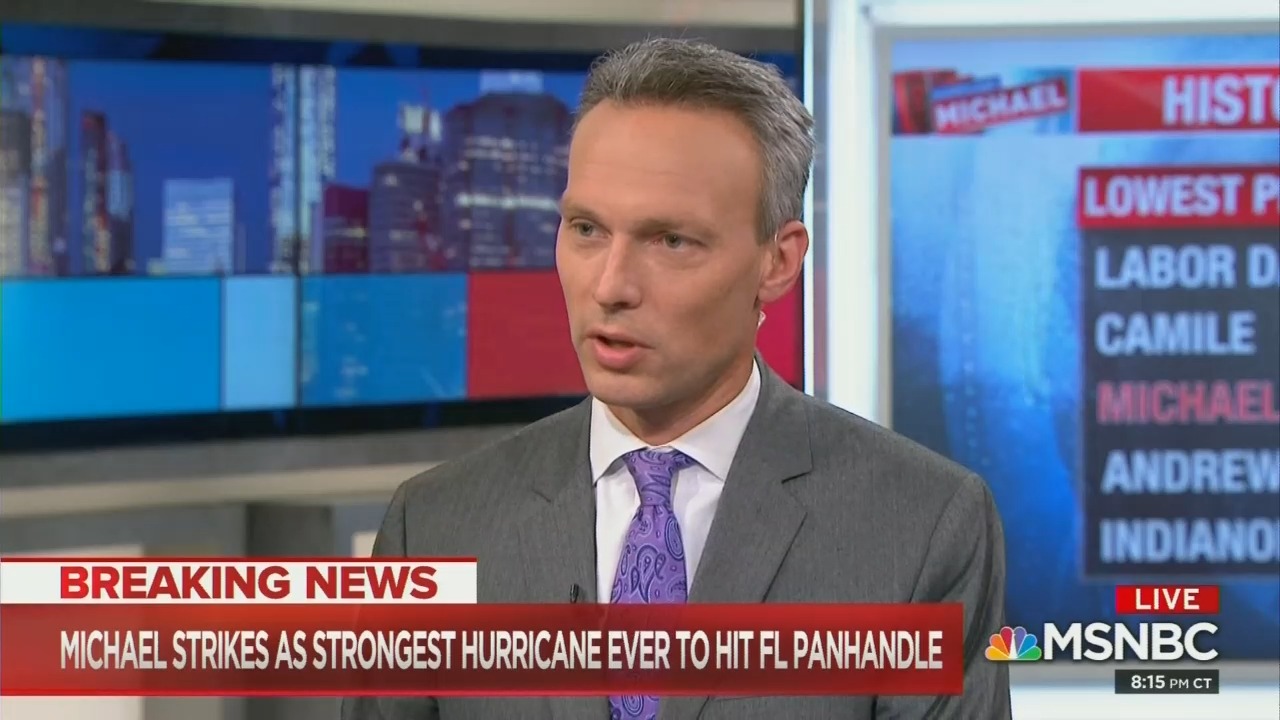 Watch what Karins does here after flatly asserting that climate change made Hurricane Michael a bigger storm. Very next sentence, he undercuts his assertion by suggesting it is speculation that can't be verified without considerably more analysis --

In other words, we don't know now whether it was or not -- but the "most important thing" is that it advances our "narrative".

Two more flags went up when Karins described Hurricane Michael as having "put on an amazing show" (!) and that NBC news teams were hampered by dangerous conditions and the approach of nightfall -- "We were limited by about two hours of daylight to get out there and show you the best we could."

Not to worry. Once the weather clears, they'll be able to show you even better damage.