Will Media Notice O’Rourke’s Strange Claim About His Mother? 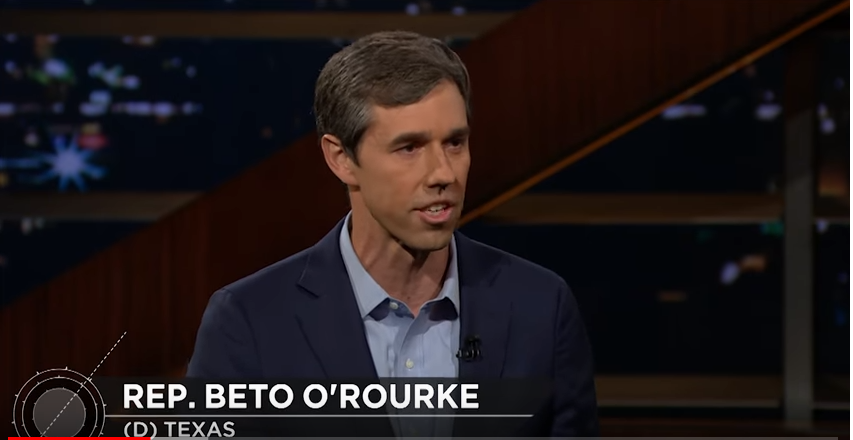 Texas Democratic Senate candidate Beto O’Rourke has touted the fact that he is supported by his own mother. He has falsely claimed that she was a “lifelong Republican” before his candidacy. But as CNN points out, his mother has actually “voted in Democratic primaries in 15 of the last 17 primary elections she has participated” in, including Democratic presidential primaries “in 2000, 2008, 2012, and 2016.” She also made campaign contributions to Democratic politicians such as Barack Obama and Congressional candidate Veronica Escobar.

This doesn’t surprise me. The words lifelong Republican are commonly used by sneaky liberals to peddle a liberal message, by giving it conservative camouflage. When you read a letter to the editor that begins with the words, “As a lifelong Republican,” you know that what’s coming next is a liberal message, such as an appeal to support a Democrat in an election. The author of such a letter is seldom actually a “lifelong Republican,” and a simple Google search often reveals their participation in liberal advocacy groups and the Democratic Party.

Letters editors for left-leaning newspapers such as the Los Angeles Times must be aware of this, given the large number of such letters by bogus “lifelong Republicans” they have printed over the years, and the fact that comments beneath such letters on newspaper web sites occasionally point out the dishonesty of such letter writers.

NewsBusters has long tracked the phenomenon of “lifelong Republicans” who actually are Democrats or who have long endorsed Democratic politicians. In 2008, it gave the example of an ersatz “lifelong Republican,” who claimed to be “switching parties to head a Sportsmen for Obama group.” But he was already a Democrat, having been “mentioned by the Sioux Falls Argus Leader in 2003 as a possible Democratic candidate for Congress” and having “endorsed Democrat Senator Tim Johnson for reelection just a year earlier.”

Letters falsely pretending to be from “lifelong Republicans” are useful for liberal newspaper editors in red states, who have to somehow convince mostly conservative readers to vote for the liberal candidates that their newspapers have endorsed.

This is not the only example of people being falsely labeled as conservative in the media. Consider the Tucson shooter, a deranged man who harbored a belief in the government using “grammar” to engage in “mind control.” He was not a conservative: One of shooter Jared Loughner’s favorite books was The Communist Manifesto.

Nor did he target his victims based on their ideology: He indiscriminately shot both a Republican judge, John Roll (who died), and a Democratic Congresswoman, Gabby Giffords (who survived). But liberal journalists baselessly speculated this shooting was somehow inspired by Republican former Alaska Governor Sarah Palin. Never mind that there is no evidence that Loughner was a Palin supporter or saw the political “map with crosshairs” put out by Palin supporters. That map targeted 20 House districts, not an image of Giffords. Yet a Washington Post columnist strangely claimed the map’s “consequences” were that “Jared Loughner showed up with a gun” and shot Giffords. But images of crosshairs do not cause violence. As a moderate journalist noted, “crosshairs and bull’s-eyes have been an accepted part” of the American political lexicon.