Roughing Up Rand: The Media’s Worst Attacks on the Kentucky Senator 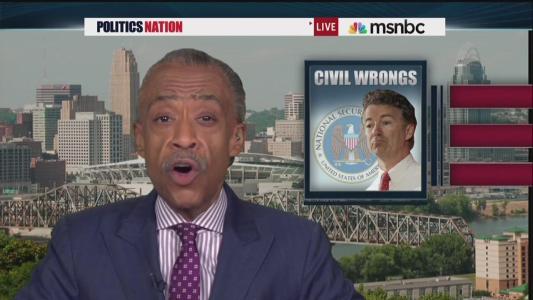 Since newly announced presidential candidate Rand Paul first arrived on the national scene, as part of the Tea Party wave of 2010, the Kentucky Republican Senator has been depicted as a racist, sexist and heartless slasher of programs for the poor by the liberal media.

The libertarian-leaning Paul was subjected to repeated calls of racism when, on MSNBC’s Rachel Maddow show, he questioned the effectiveness of the 1964 Civil Rights bill - even though he stated he supports it. When Paul pointed out the hypocrisy of Bill Clinton-supporting Democrats claiming the GOP had a “war on women” he was called out as a sexist. And Paul’s push to bring fiscal sanity to the budget prompted journalists to depict Paul as a “Scrooge” and “political terrorist.”

The following is a compilation from the MRC archives of the worst attacks on Senator Paul (so far):

Co-host Terry Moran: “Senator No Surrender. He’s the most controversial newcomer to Capitol Hill with a radical pedigree....Even the most conservative Republicans balk at his proposals for slashing government....”
Correspondent Bill Weir: “While the President argues for a budget scalpel, Rand Paul would use a chainsaw, shutting down the Departments of Energy and Education. He would kill the Consumer Product Safety Commission, shrink the Pentagon and cut off all foreign aid. And while the most fiscally conservative Republicans were proposing $50 billion in cuts, he wanted to slash $500 billion....[to Rand Paul] Does the richest nation in the history of nations have a responsibility to take care of its weakest?”
— ABC’s Nightline, February 23, 2011.

Sliming Rand Paul and the Tea Party as Racist

“If Dr. Rand Paul doesn’t immediately apologize for holding his victory rally at a private club—and doesn’t abandon his opposition to the 1964 Civil Rights Act—then he will not only pollute the Tea Party, he will severely damage the GOP’s chances of winning control of either the House or Senate this fall.”
— Newsweek’s Howard Fineman in a May 20, 2010 blog post headlined “Rand Paul and D.W. Griffith.”

“Why is Senator Rand Paul saying this about our first black President? Here’s the Kentucky Republican in a New York Times interview, quote, ‘The first African American President ought to be a little more conscious of the fact of what has happened with the abuses of domestic spying: Martin Luther King was spied upon; civil rights leaders were spied upon; Muhammad Ali was spied upon; anti-war protestors were spied upon.’ Is Rand Paul really bringing race into a conversation about the NSA?...Who is Rand Paul to make this point? This is a cynical use of race from some on the right.”
— Host Al Sharpton on MSNBC’s PoliticsNation, March 20, 2014.

Only a “Misogynistic, Sexist Hypocrite” Would Mention the Clinton Scandals

“Any Republican who is dredging this up [the Clinton-Lewinsky scandal] is a misogynistic sexist hypocrite...This whole thing’s ridiculous and these Republicans, please. Please keep doing it. Rand Paul, please, I beg you, keep going after it. Because I’ll tell you right now, it will backfire so badly. It will backfire so badly, and you guys will be in the same exact place where you are right now.”
— MSNBC Morning Joe co-host Mika Brzezinski, February 17, 2014.

Rand and the Rest of His Band are “Political Terrorists”

“They are political terrorists, and like all terrorists, including those who use bombs, their number one goal — their only goal — is to blow things up. [Senators Ted] Cruz, [Rand] Paul and Mike Lee are on a mission to destroy, shut down the American government, destroy ObamaCare, drive the country into default, destroy the U.S. credit rating. Terrorists with one purpose: To bring down, not just this administration but, let’s face it, the American government.”
— Host Chris Matthews on MSNBC’s Hardball, July 31, 2013.

Rand is the Scrooge of the Year!

Andrea Mitchell: “Let’s hear what Rand Paul had to say about extending unemployment benefits.”
Clip of Rand Paul: “I do support unemployment benefits for the 26 weeks that they’re paid for. If you extend it beyond that, you do a disservice to these workers...When you allow a people to be on unemployment insurance for 99 weeks, you’re causing them to become part of this perpetual unemployed group in our economy.”
Mitchell: “That’s sort of breathtaking, Ruth. It’s the unemployment insurance that creates the, quote, ‘dependency’? Have at it.”
Ruth Marcus, Washington Post: “Can you say Scrooge? Yes, thank you for letting me have at it. My mouth dropped open when I heard that...He just wins my Scrooge award of the year.”
— Discussion on MSNBC’s Andrea Mitchell Reports, December 9, 2013.

Hey Rand! Stick That Attack on Unemployment Insurance Where it Belongs!

John Heilemann: “Let’s not forget about the unemployment insurance situation. We were talking a second ago about liberals and Democrats complaining about they lost in the budget deal. The people who lost are these hundreds of thousands of long term unemployed who really have been trying to get work now for three years and while Washington has done nothing as we complained about for the last five years about the job situation in America, we’ve had this horrific jobs unemployment picture since the start of the administration, since the great recession happened. These people are the ones who’ve been hardest hit by it and now for Christmas they get cut in this budget. They get nothing and it’s not their fault.”
Mike Barnicle: “What do you do about Rand Paul’s theory, though: it just makes them lazy and not wanting to get a job?”
Heilemann: “What I’d do is I’d tell Rand Paul to stick that where it belongs.”
Barnicle: “There you go.”
Joe Scarborough: “My goodness: ho, ho, ho.”
— Discussion about unemployment insurance on MSNBC’s Morning Joe, December 23, 2013.