Several Dolphins players took a knee during the National Anthem on Sunday. This did not sit well with model and actress Kate Upton, and she let the Dolphins know about it on Twitter: 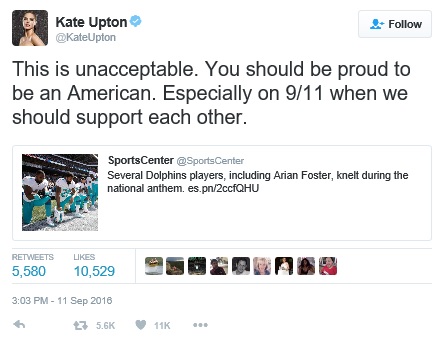 Pretty cool, huh? No. Not cool at all, according to ESPN’s Jemele Hill. Who then responded to Upton thusly: 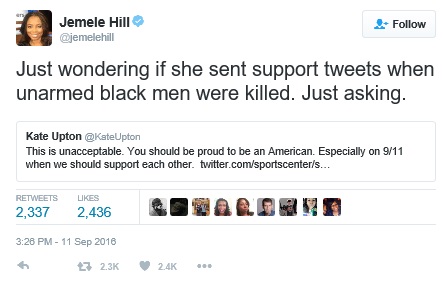 Hill, like the Dolphins and several other players and teams, are incapable of understanding that Americans of all races and creeds died in the tragic attacks on this day that we remember, and that this most sacred of days might not be the best time for shooting the bird at two of our greatest symbols of national unity: the flag and the anthem.

Not that there’s ever a good day for that, but still.

If you’re wondering how someone this monumentally ignorant ever rose to a position of prominence at ESPN, or who their mentors and inspirations might be, well, this profile pic from Hill’s Twitter account ought to settle that: 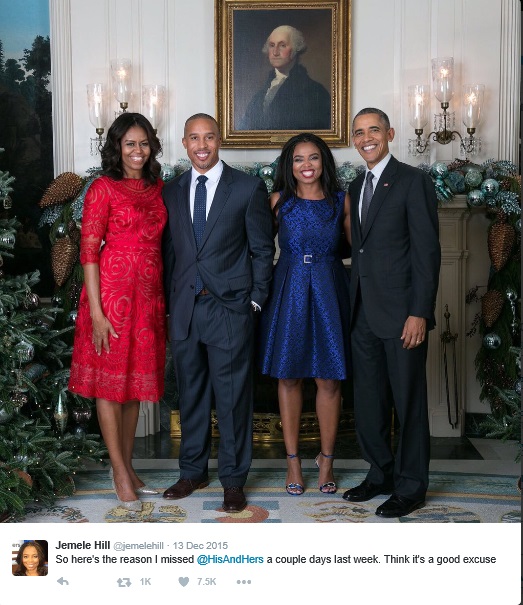