Writing Sunday for our friends at National Review, senior writer Charles C.W. Cooke provided another scalding evisceration of the liberal media that have become modern-day Stasi agents meting out punishment for undesirable opinions and “zealous obscurantists staffing would-be censorship agencies” and thus having moved beyond previous self-centered descriptors as “firefighters,” “mediators,” and “conveyers of vital information.” 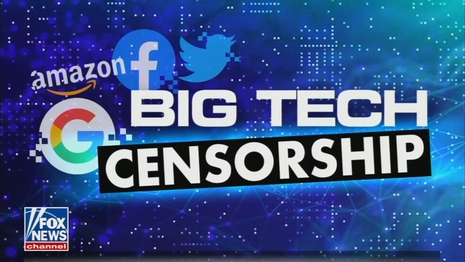 Cooke has long recognized how the press have sought to silence anyone outside their profession or like-minded allies for whom they serve as public relations officials. He argued recent events such as the attack on Paul Pelosi, the Colorado Springs gay nightclub shooting, and Elon Musk’s purchasing of Twitter have been met with grounds to censor conservatives under the guise of public safety.

Cooke spent a large portion of the piece exposing The New York Times and its rank hypocrisy by calling for censorship (such as after last week’s events in Colorado), even though they themselves warned last year that “Americans are losing hold of a fundamental right...to speak their minds and voice their opinions...without fear of being shamed or shunned.”

“C. S. Lewis once observed that ‘it would be better to live under robber barons than under omnipotent moral busybodies.’ So it is here. Yesterday’s bowdlerizers were at least open about the enterprise in which they were engaged. Today’s, by contrast, are pathologically determined to euphemize it,” he explained.

Cooke added that, in their world, “there is ‘speech’ as classified and approved by media sentinels, and then there is ‘disinformation,’ ‘hatred,’ and even ‘stochastic terrorism,’” but even “[w]orse still is the grotesque tendency for members of the press to cast their transparently self-serving determinations as raw scientific truths.”

“It’s not the opinion of NBC, Axios, or the Washington Post that Twitter would be better left as is; it’s a fact — as determined by the ‘experts.’ That these ‘experts’ have been repeatedly proven to be full of it...Nor, indeed, does it seem to matter that a great many of our arbiters of truth are rank hypocrites and contemptible lunatics,” he continued.

He later concluded that it should be emphasized blame for such mass attacks should reside exclusively with the perpetrator, but instead, “too many” in the liberal media “stand in line with the rest of the cynics and the poltroons, warning that it’s a bad idea to pick a fight with a man who buys red ink by the barrel.”