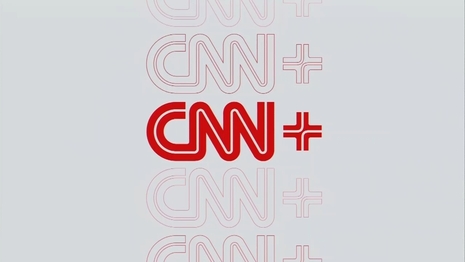 When it rains, it pours for the most poisonous name in news as CNN’s streaming platform CNN+, as Axios media reporter Sara Fischer said Tuesday, “looks doomed” as parent company “Warner Bros. Discovery has suspended” its entire “external marketing spend” amid “frustrat[ion] that the service launched” to begin with.

Worse yet for CNN (though having a potato salad Kickstarter make more than daily CNN+ users is atrocious), the new bosses have “laid off CNN’s longtime chief financial officer” (with more on the way) and plan to remake the 9:00 p.m. Eastern hour into “a live newscast, instead of personality-driven perspective programming.”

Fischer included this hilarious tidbit in the second paragraph of her 778-word item: “Inside CNN, executives think the launch has been successful. Discovery executives disagree.”

Talk about an all-but impenetrable bubble.

With CNN+ having only 150,000 subscribers and less than 10,000 daily users, Fischer explained how the future isn’t bright for them as “Warner Bros. Discovery wants to eventually build one giant service around HBO Max” instead of having multiple streaming services pitted against each other under its own company for people’s budgets.

>> To see examples of things more popular than CNN+, check out our breakdown here. <<

Fischer dedicated a section to each side of the saga, starting with CNN in their alternative reality in which they’re “frustrated that new leadership is moving quickly to dismantle what they see as an eventual lifeline” and would have “become profitable” after “four years by investing $1 billion” and “diversified” their long-term sustainability.

Inside that section was this cockamamie claim: “Executives believe that if the service wasn't being knee-capped, its growth rate would've rivaled other print news outlets like The Wall Street Journal and The Washington Post — which have 2.9 million and 2.7 million digital subscribers, respectively.”

Back in reality, Fischer said Warner Bros. Discovery wished CNN+ had never launched to begin with as having stood pat “until after the merger...would have been easier to pivot the [CNN’s] efforts towards something better aligned with Discovery's goals.”

Fischer explained that possible ideas include taking some of CNN+’s programming and offering it for free with ads “on CNN’s” while “other...programming could live within HBO Max.”

After reiterating points from her last CNN+ scoop (including the fact that CNN has already spent $300 million on the streaming channel), Fischer summarized the problem as having been plagued by “bad timing, limited communications and misaligned incentives for how CNN and Discovery got strategically misaligned on such a massive product rollout.”

In other words, be sure to (not) tune in for shows like The Don Lemon Show, Parental Guidance With Anderson Cooper, Reliable Sources Daily, and Who’s Talking to Chris Wallace? before they’re gone.