The White House press corps (and like-minded individuals) made a fool out of themselves on Friday, flipping out over how their lives were “put in jeopardy” by being seated closer than six feet apart for President Trump’s Rose Garden remarks while, on the other hand, eagerly promoting massive, nationwide protests for Black Lives Matter.

White House Correspondents Association president and ABC chief White House correspondent Jonathan Karl led the way, tweeting after Trump’s remarks that the seating was “a flagrant violation of CDC guidelines on social distancing and a move that puts reporters at risk for the purpose of turning the press corps into a prop for a so-called ‘press conference.’”

Jim Acosta and Yamiche Alcindor were among other triggered White House reporters while others retweeted Karl.

After Karl’s tweet, he released a statement on behalf of the WHCA that showed reporters will go to the mat for their own seating, but not lecture and shame protesters for not socially distancing:

The chairs were initially positioned in a way that was consistent with social distancing guidelines but were moved closer together by White Hose staff shortly before the event started.

When we asked for an explanation, the White House press office told us the decision to move the chairs close together was made because “it looks better.”

The health of the press corps should not be put in jeopardy because the White House wants reporters to be a prop for a “news conference” where the president refused to answer any questions.

Predictably, CNN treated the seating arrangement like a crime against humanity, covering it four times on Friday afternoon.

On The Situation Room, Acosta chided the White House for “brushing off public health concerns” they supposedly caused. Acting as though it were some massive counteroffensive in war, Acosta breathless told host Wolf Blitzer that “was in the Rose Garden and saw the whole thing firsthand.”

“Despite these health risks during the coronavirus pandemic, it appears aides to the President were trying to use reporters as props earlier this morning to make some kind of statement about the virus,” he added.

Blitzer agreed, going one step further by calling it “dangerous.” Later in the show, Blitzer brought on Dr. Sanjay Gupta to talk about the risks of these massive crowds, but CNN has remained breathless in their reporting, cheapening their health concerns.

In that segment, Blitzer and Gupta only expressed concern for those there, but nothing close to the rampant shaming the liberal media employed during the pandemic when Americans dared to unlock their doors and leave their homes.

Former conservative journalist-turned-Zuckerville resident Kaitlan Collins was similarly incensed, fretting on The Lead that the press “were not following CDC guidelines” and the WHCA responded by “blasting this move.”

GUPTA: I mean, this — this flies in the face of the CDC guidelines. It flies in the face of the advice given by all of the top officials on the Coronavirus Task Force. I mean, you know, we know that it's impossible to have not done that, so the — the pluses are there — it looks like the majority of people wear masks, they're outside. We know that's a positive. We know that the majority of people, though not everybody, gets tested on a regular basis. The problem is, why wouldn't you do everything you can to mitigate the exposure as much as possible? I mean, the guidelines are very clear on this. We are learning, as we go along, but in situations where it is possible to physically distance, to wear the mask, to be outside, all those things make a difference. Nothing has changed about this virus, Brianna. The only thing that's changed is how, I think, we are thinking about it, but the virus is the same. It is still a very contagious virus and it's out there, as we see in Alabama with these football players, as we see in other places around the country, so I think what I would say is this flies in the face of the exact recommendations made by the federal government itself, and we know it is possible to — to actually separate out reporters, so why wouldn't you make that as safe as possible? 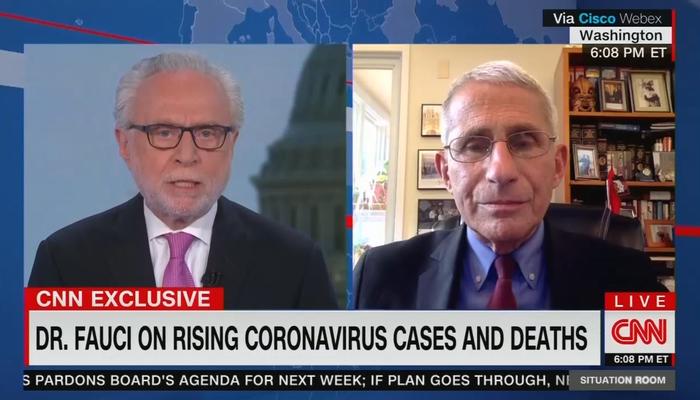 Blitzer Interviews Fauci for 17 Mins on Virus, But Nothing on Protests 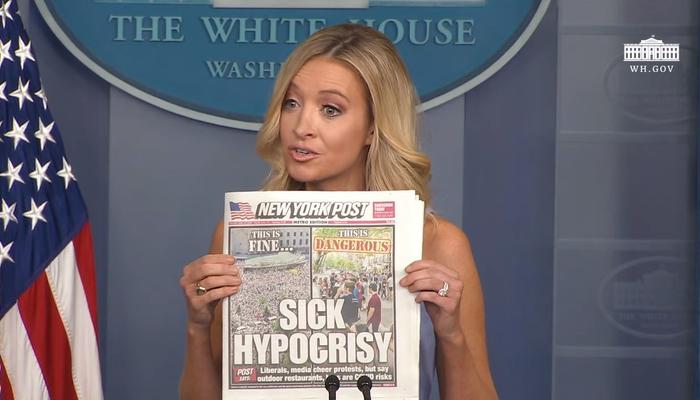 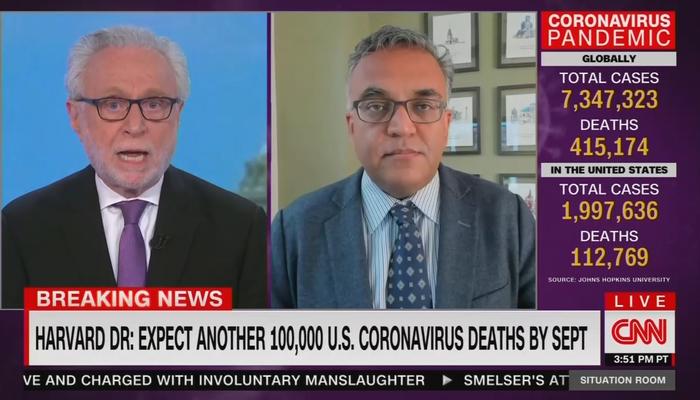 Juvenile CNN Hurls Venom at WH, But Sucks Up to NY as ‘Success Story’