Conspiracies to Admissions: Check Out These Five Kooky Takes on Tuesday’s ‘Hardball’

It’s been awhile since our last slideshow, NewsBusters readers. Thankfully, Tuesday’s Hardball on MSNBC came up clutch with reams of liberal nonsense from not just host Chris Matthews, but a cast of characters serving as yes men and women for this pro-impeachment pep rally.

Over the next five slides, you’ll find quotes that speak for themselves! Enjoy...or something.

>>Help fight back against the media's impeachment crusade.<<

2. Matthews: Trump Knocking Whistleblower Because He Can’t ‘Justify His Betrayal of Office’ 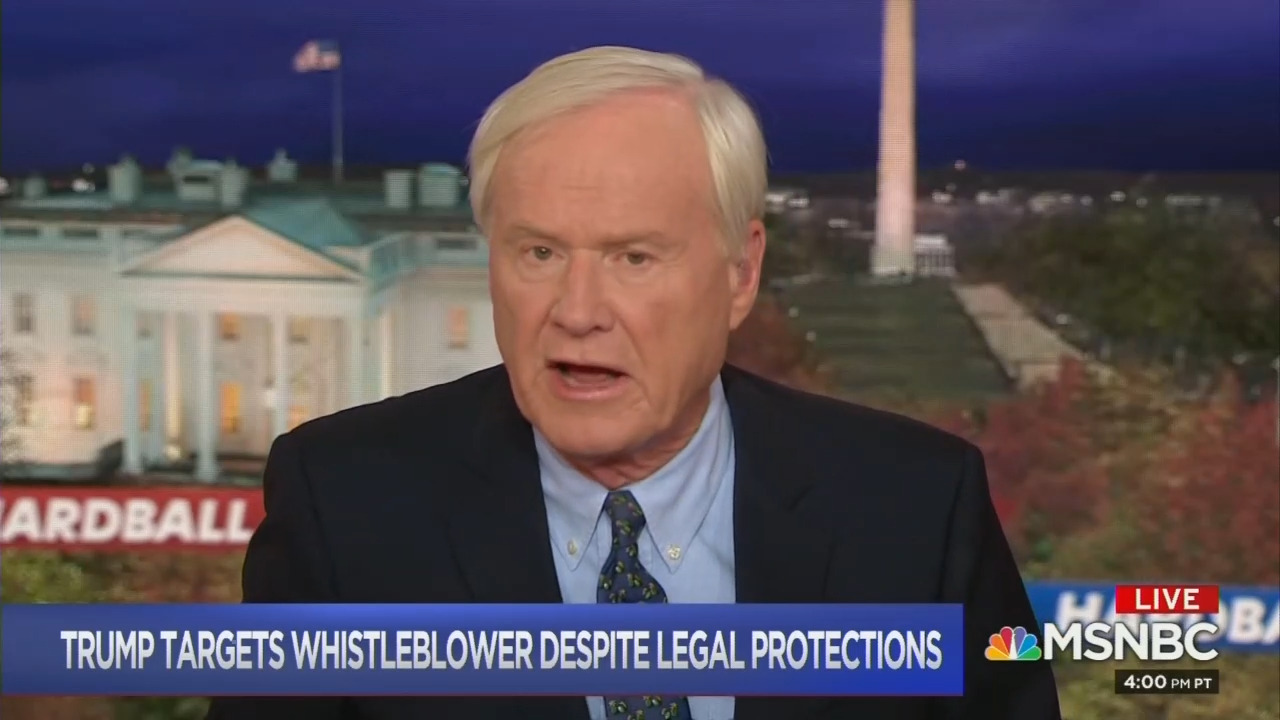 In his opening rant, Matthews bemoaned how “[f]or ten days now running in fact, this President has attacked and attacked and attacked the whistleblower who dared tell the American people what Trump was up to in trading U.S. national security for something he could use against his political rivals.”

He added that the real story should be about the President “trying to hide his wrongdoing now by making this about how he was caught in the wrongdoing” seeing as how he’s “unable to justify his betrayal of office.” 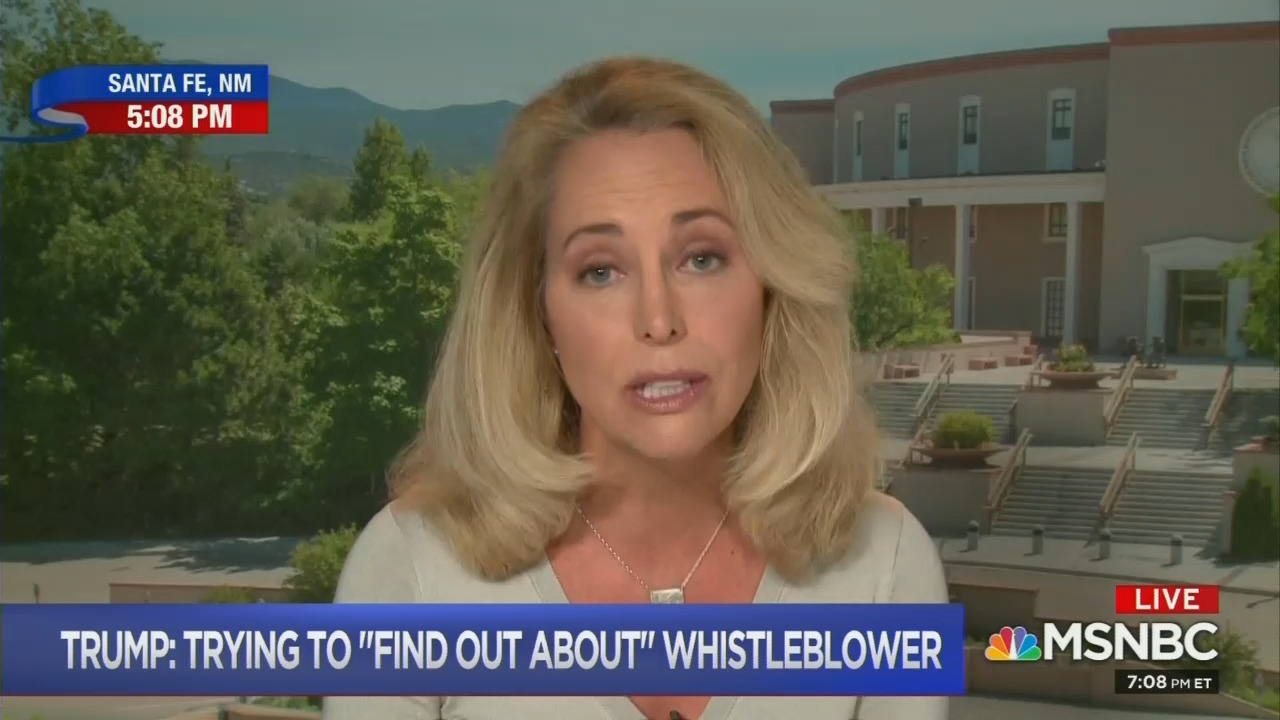 Former CIA official-turned-anti-Semite-turned-congressional candidate Valerie Plame took part in the lead-off panel and she had some words of praise for moderate Democrats and the whistleblower:

I was really taken with an op-ed piece written last week in The Washington Post by seven former intelligence community members. They are now members of Congress, and they said the time has come. They have taken an oath, as I did, to protect and defend the Constitution...that loyalty is not to a person. This is not a monarchy as he seems to believe or a mob boss as he acts like. So we really need to keep that in mind. What the whistleblower did was really patriotic. His identity should be further protected. It probably won't be, it seems. But what he did was really courageous in coming forward. 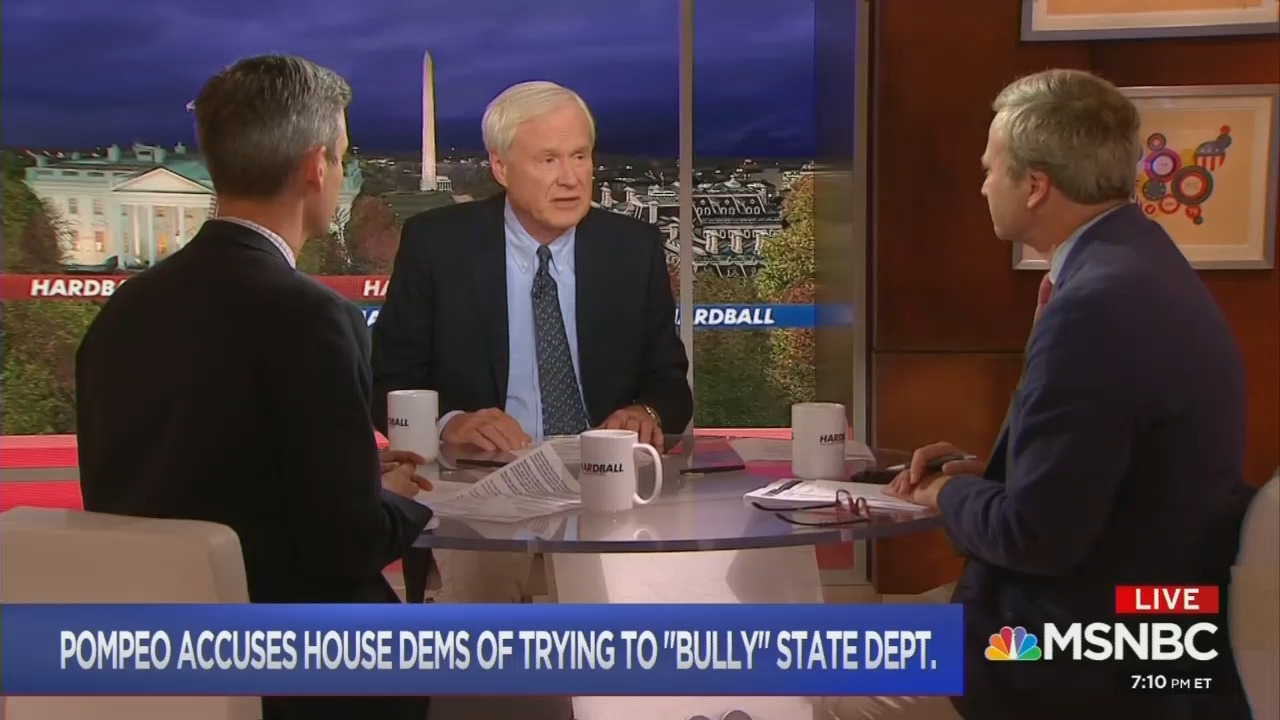 Amidst the labeling of anything suggested on the right as cockamamie, former Obama intelligence official and MSNBC national security analyst Ned Price lashed out at Secretary of State Mike Pompeo while defending the Obama administration’s handling of Benghazi:

Matthews interjected to express disappointment with Attorney General Bill Barr and Pompeo, screeching: “They believe in all these crazy right wing Trumpian conspiracy theories.” Before that, Matthews offered the first of two mea culpas, admitting that he’s “getting a little involved” and “emotional in this.”

And for good measure, former federal prosecutor Greg Brower expressed concern that the Trump administration have made cabinet officials appear to be political and “in the tank for the President.” Yes, really. 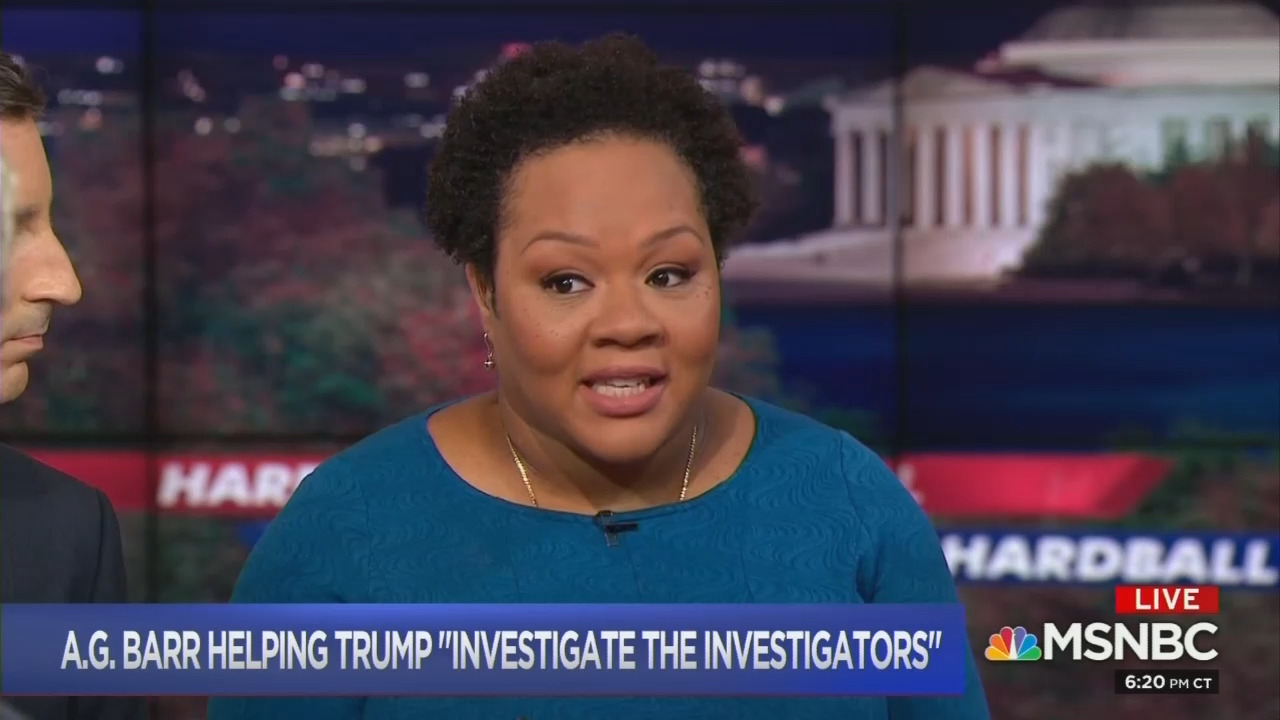 After Matthews whined that the President is “Captain Ahab” and his crew searching for a “white whale,” PBS NewsHour’s Yamiche Alcindor showed her far-left partisanship by falsely claiming (see here, here, here, and here for a few examples) that “nobody saying that President Trump was not rightfully elected” and thus illegitimate because of an assist from Russia.

Matthews responded by also falsely claiming that topics like fighting organized crime and the opioid crisis are being ignored because of Barr’s push to have the origins of the Trump-Russia probe investigated.

In reality, Matthews should have directed that at his MSNBC colleagues and competitor CNN because both networks have all but abandoned any notion that there’s any news story to devote any real attention to besides impeachment.

6. Matthews Admits ‘I think About’ Trump ‘More Than I Should’ 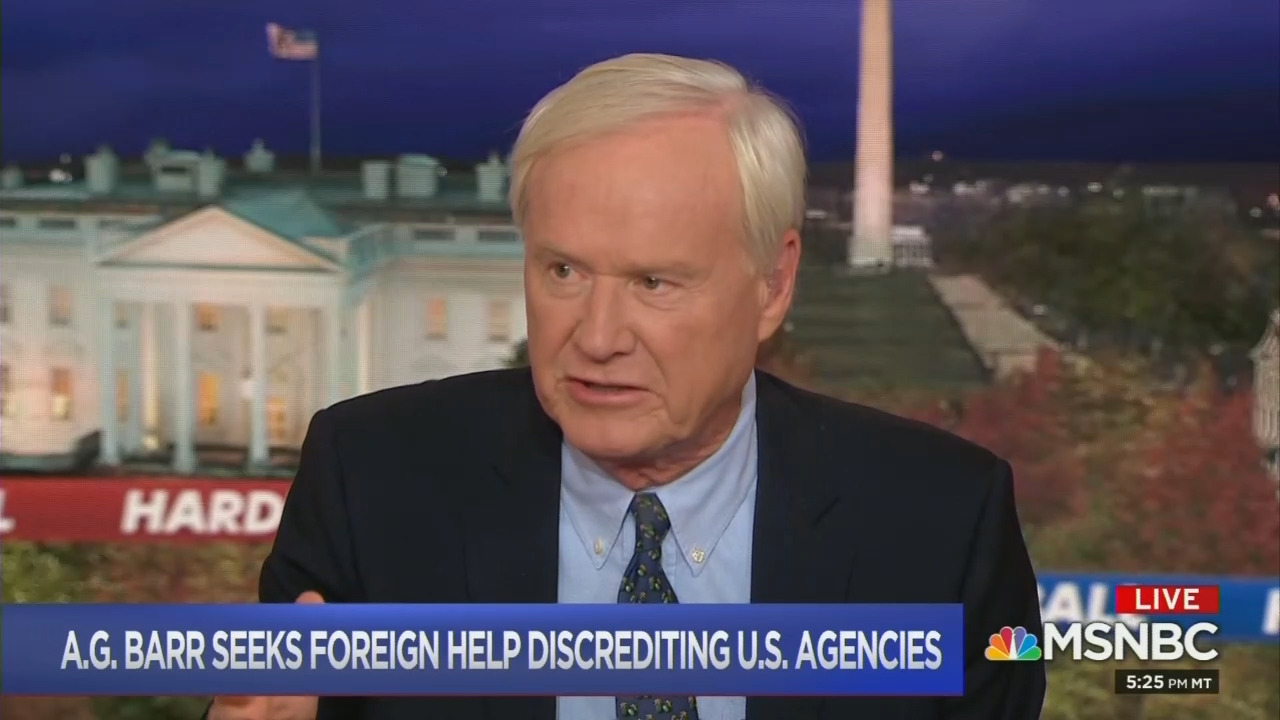 In throwing up a jump ball to the panel about whether the President “believes in objective fact,” Matthews had his other stark admission: “Do you think it's even deeper than that? Do you guys — this is just a general — just I’ll throw this up, because I think about this guy Trump a lot, more than I should but I do.”

Unfortunately, whether Matthews knew it or not, that’s a hallmark sign of Trump Derangement Syndrome. When there’s an inability to put Trump aside for periods of time, it’s a sign one has a serious problem.