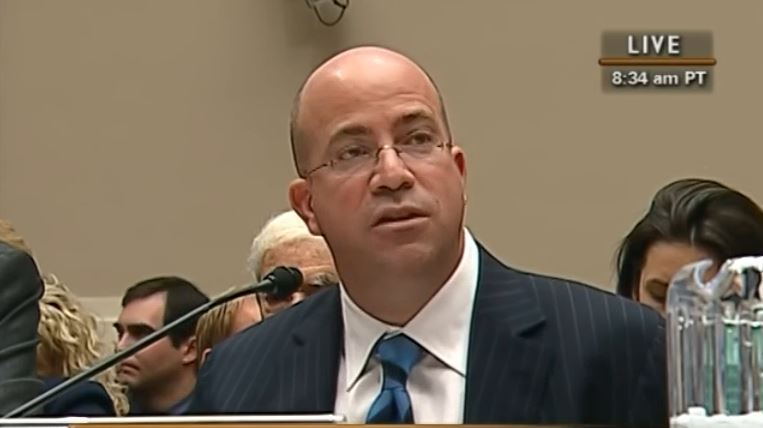 In a meeting with reporters that was first reported by TVNewser, CNN Worldwide president Jeffrey Zucker ruled that his network bears no responsibility for the rise of Trump and awarding the lion’s share of political coverage since “the front-runner” of any major party will “always...get a disproportionate amount of attention.”

Zucker argued that Trump receiving scores of airtime also has made sense because “he has been the front-runner of the Republican party since he announced last June” in addition to him being “much more available than many of the others” for interviews.

Due to his openness to constantly sit for interviews, the former NBC executive who greenlighted Trump’s reality show The Apprentice in 2003 admitted that he’s “not going to penalize him for saying ‘yes.’”

To cover his tracks, TVNewser reported that Zucker told a story of how he had personally spoken with aides of Ted Cruz at the March 10 CNN GOP presidential debate in Miami about additional interviews for their candidate, but they turned down Zucker’s offers:

“At the debate down in Miami, I spoke to [Ted] Cruz’s four top aides, and offered them numerous options to come on for one-hour interviews, phone calls, town halls, etc. They all said, ‘yes yes, we want to do that.’ And then when we followed up with the invitation, it’s all ‘no.’ My point is, you can’t have it both ways. So I actually reject that premise that we’ve given too much attention to him.”

While yours truly and Rich Noyes have compiled some single day and monthly posts on the Trump coverage on the “big three” networks of ABC, CBS, and NBC, my colleague Mike Ciandella painstakingly reviewed CNN’s primetime shows from August 24 to September 4, 2015 and found the Trump garnered 77.57% of their political coverage.

As for who came in second, now-departed candidate Jeb Bush fetched only 11.75% of their time.