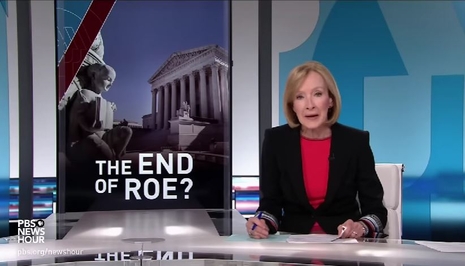 The banner over the two lead Roe v. Wade stories in Thursday’s New York Times read: “Leak Intensifies View That Court Is Too Political.” The individual headline over the one by Shawn Hubler and Michael Wines confirmed: “A Concern That the Law Isn’t Justice’s Primary Guide.”

Yes, after decades of cheering left-wing judicial activism on abortion, affirmative action, and gay marriage, the Times is now concerned when one of the left’s badly reasoned decisions, the infamous 1973 decision making abortion a constitutional right, may be overturned.

The revelation of a Supreme Court draft opinion that would overrule Roe v. Wade has caused many Americans to express doubts about whether the justices are guided by the law rather than by their political beliefs.

In interviews across the country, even some opponents of abortion expressed unease with the way that a majority of the court had coalesced behind the sweeping draft written by Justice Samuel A. Alito Jr. that would undo nearly 50 years of legalized access to abortion nationwide.

The reporters dwelled on the Court's falling approval rating, and also found 11 sources critical of the Alito's draft on Roe, even a couple of prominent Republicans, with zero voices in support.

While polls (eagerly cited by the Times) suggest many people support abortion in some form, surely the numbers aren’t that skewed? If so, wouldn’t the states simply vote abortion rights into their state laws? Why the panic?

Jenny Doyle, a neonatal nurse practitioner and mother of two in Boulder, Colo., was so distressed by the Roe news that she considered whether she should leave the country: “I think Iceland sounds good,” she said.

Scholars and political experts have regularly debated whether the court’s steady march to the right, exacerbated by increasingly contentious confirmation fights and disputes like the Senate’s refusal to even hold a hearing on President Barack Obama’s nomination of Merrick B. Garland, was sapping public faith in the court as fundamentally a legal forum. Also perhaps straining that faith was the now-familiar ritual of conservative nominees professing their view of Roe as settled law and their respect for precedent -- and then apparently voting to overturn it the first chance they got.

Neil Siegel, a Duke University law and political science professor, said in a statement that trust in the institution was damaged both by the leak and by the mocking tone of the draft opinion, which he called “extraordinary and egregious.”

But the fast and furious appointment of three conservative justices during the Trump administration sent the court veering to the right, with the confirmation of Justice Brett M. Kavanaugh in particular deepening divisions.

With a straight face, the Times quoted the Court’s most liberal justice (unlabeled) liberal Justice Sonia Sotomayor, as the voice of the public.

When the challenge to Roe -- in a case about Mississippi’s 15-week abortion ban -- was argued in December, and it became clear that five justices were ready then to overrule the decision, Justice Sonia Sotomayor articulated the public’s gathering suspicion.

“Will this institution survive the stench that this creates in the public perception that the Constitution and its reading are just political acts?” Justice Sotomayor asked.