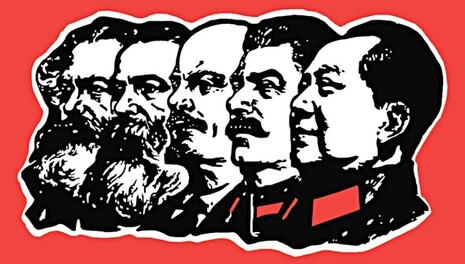 The New York Times disturbing celebration of Communist China continued on the front of the Saturday Business in Li Yuan’s “The New New World” column, “China’s Youth Are Turning to Mao – The chairman’s call for struggle against capitalists is attracting those frustrated with few opportunities.”

The presentation is distressingly neutral about the prospect of left-wing, Maoist-inspired murders among the bitter youth of China: “The chairman’s call for struggle and violence against capitalists is winning over a new audience of young people frustrated with long work hours and dwindling opportunities.”

Any reputable article of any length about Chairman Mao would have to include the Great Leap Forward or the Cultural Revolution, which left millions dead, uprooted, imprisoned, and spread general misery for decades. But Li Yuan managed to devote 1,500 words to the resurgence of Maoism without even mentioning those atrocities by name. The second paragraph has a single half-sentence acknowledging the masses of dead. With that out of the way, on to the disturbing hagiography:

They read him in libraries and on subways. They organized online book clubs devoted to his works. They uploaded hours of audio and video, spreading the gospel of his revolutionary thinking.

Chairman Mao is making a comeback among China’s Generation Z. The Communist Party’s supreme leader, whose decades of nonstop political campaigns cost millions of lives, is inspiring and comforting disaffected people born long after his death in 1976. To them, Mao Zedong is a hero who speaks to their despair as struggling nobodies.

In a modern China grappling with widening social inequality, Mao’s words provide justification for the anger many young people feel toward a business class they see as exploitative. They want to follow in his footsteps and change Chinese society -- and some have even talked about violence against the capitalist class if necessary.

Long hours and hard work, which built China into an economic powerhouse are now seen as an enemy, to be replaced by violence against capitalists, inspired by Mao, who built nothing but body counts of his fellow citizens.

“Freedom and free markets” were reduced to buzz words.

While Mao never went away, he was once out of fashion. In the 1980s, as freedom and free markets became buzz words, young people turned to books by Friedrich Nietzsche, Jean-Paul Sartre and Milton Friedman….

But China has become fertile ground for a Mao renaissance.

Nominally a socialist country, China is one of the world’s most unequal. Some 600 million Chinese, or 43 percent of the population, earn a monthly income of only about $150. Many young people believe they can’t break into the middle class or outearn their parents. The lack of upward social mobility has made them question the purity of the party, which they believe is too tolerant of the capitalist class.

Communist societies have historically been among the most unequal on earth, divided between the privileged Party members and everyone else.

Many say their biggest enemies are the capitalists who exploit them. The biggest target of their ire is Jack Ma, the co-founder of the Alibaba e-commerce empire. He was once cheered as the embodiment of the Chinese dream. Now they jeer at his comments supporting the 996 work culture and saying business itself is the biggest philanthropy.

Earlier this year, Li Yuan celebrated China supposedly conquering the coronavirus, as if a country which disappeared doctors who tried to warn the world about the virus would be a reliable source of internal health information:

It isn’t clear whether this shift in perception can be sustained after the pandemic ends. But the West may find it has to work harder to sell its vision of freedom after China has made its model seem so attractive.