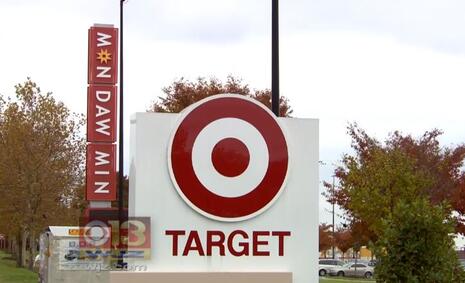 Behold, yet another tremendously amusing case of progressives eating their own. For this installment, we go over to The New York Times as the front-page of Thursday's paper targeted....Target. Business reporter Michael Corkery’s “Store’s Closing Still Wounds Black Community” blamed “capitalism” and suggested the company was breaking a promise to black America by closing (three years ago!) its Baltimore location in Mondawmin Mall.

And nope, this is not The Onion.

The online headline told a simplistic, leftist fairy tale: “Target Store Closings Show Limits of Pledge to Black Communities -- The shuttering of a store in Baltimore is a sobering reminder of the realities of capitalism in a moment when corporations are promising to support Black Americans.”

Corkery omitted many other contributing factors to the closing and other details that would complicate the yarn of a callous capitalist corporation squashing the hopes of a black community as he began with this:

When Target announced that it was opening a store in Mondawmin, a predominantly Black neighborhood in this city struggling with crime and poverty, it seemed like a ticket to a turnaround.

But in February 2018, with almost no warning or explanation, Target closed the store.

Just how easy was this to fact-check? Corkery even linked to a Baltimore Sun article, “Target will close Mondawmin Mall store in February,”  which appeared on November 7, 2017, three months before the store closed.

The Sun was full of coverage of closing of other stores at the Mondawmin Mall and also reported on several burglaries and an armed robbery of mall stores, which the Times neglected to mention (click “expand”):

Residents, especially those without cars, lost a convenient place to shop for quality goods. And a marker of the community’s self-worth was suddenly taken away.

“To open a store like Target in an African American neighborhood gave this area legitimacy,” said the Rev. Frank Lance, pastor of Mount Lebanon Baptist Church in Mondawmin. “When the store closed, it was like saying, ‘You are not worthy after all.’”

Three years later, the store remains empty, and its closing still stings Mondawmin residents and Baltimore officials, who had expected the store to help their revitalization efforts in the area.

Many national retailers have faced criticism in the past for failing to open in Black and poor communities, creating food deserts or a lack of access to quality goods[.]

“Failing to open” a store doesn’t “create food deserts” or anything else.

But, alas, Corkery had a narrative to push and lies to tell about how capitalism is bad or something (click “expand”):

The closing is a sobering reminder of the realities of capitalism in a moment when corporations are making promises to support Black Americans, saying their commitment to racial equity is stronger than ever.

This year, Target made a highly public pledge to help Black communities nationally in the wake of George Floyd’s killing in the retailer’s home city of Minneapolis, vowing to spend $2 billion with Black-owned vendors and other businesses.

Four days after George Floyd’s death, Target’s chief executive, Brian Cornell, released a forceful statement, promising to reopen one of its stores in Minneapolis damaged in the protests against police violence.

More evasion by the Times: The store was not just “damaged,” it was destroyed and had to be rebuilt, which it was, with amazing rapidity.

Some residents and neighborhood leaders were told that the store struggled with high rates of theft, known in the retail industry as “shrinkage.” But Mr. Ali, the store’s former manager, said, “That was untrue,” at least while he worked there. The store met its profit and shrinkage goals during his four years as manager, which ended in 2012, years before the store closed.

But Ali had to admit “that the company had to spend $30,000 a month for an armed Baltimore police officer to keep watch.”

The evasive story ended with a driving tour conducted by a local preacher, who perhaps should open his own business and see how easy it is:

Pastor Lance refused to accept that a Target could not succeed here.

“If you are really interested in equity and justice,” he said, “figure out how to make that store work.”