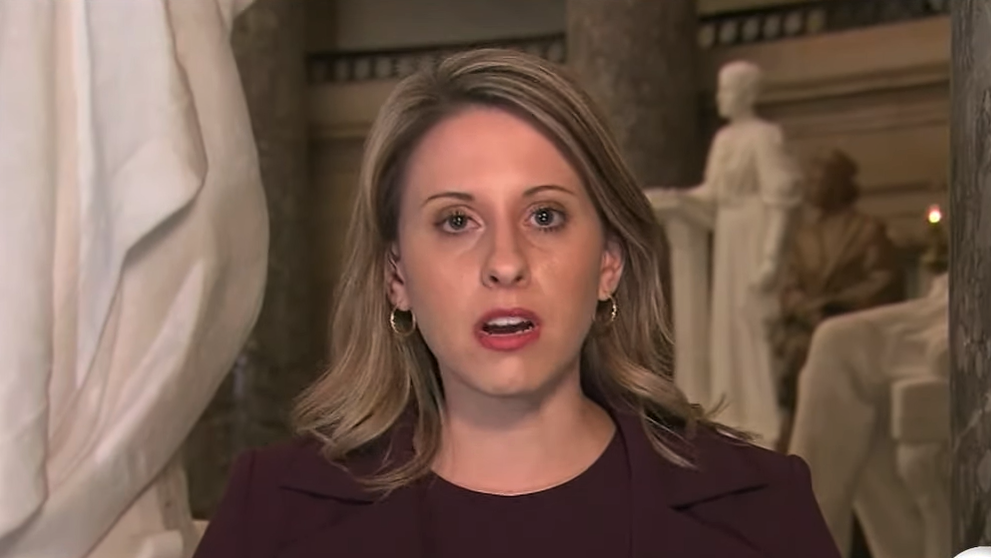 The New York Times demonstrated an obvious double standard in how it treats sex scandals involving representatives in the U.S. Congress, in its coverage of the explicit photographs involving California liberal Democratic Rep. Katie Hill, who officially resigned her seat Friday.

The Saturday edition of the paper’s “In Her Words” newsletter from “gender editor” Jessica Bennett, “The Complicated Case of Katie Hill,” opened with a quote from Hill, whom Bennett clearly regards as a martyr to anti-female double standards and right-wing shamelessness:

“I am leaving because of a misogynistic culture that gleefully consumed my naked pictures, capitalized on my sexuality and enabled my abusive ex to continue that abuse, this time with the entire country watching.” -- Representative Katie Hill, Democrat of California, in her farewell speech on Capitol Hill

Duncan Hunter, a Republican congressman from California, allegedly had “intimate relationships” with staffers and faces criminal charges for using campaign funds to pay for dates with them.

President Trump has more than a dozen allegations of sexual misconduct against him.

Both men remain in office.

Katie Hill, a Democratic congresswoman who was once considered a rising star in her party, meanwhile, resigned this week after her own affair was revealed in sensational fashion: when her nude photographs were published by a conservative website, Red State, whose main authors were later revealed to have worked for the Republican congressman she ousted a year ago.

Ms. Hill’s case is not clear-cut: She was accused of having an affair with her Congressional legislative director, a violation of House rules -- put in place in the wake of #MeToo -- which she has denied. But she did admit to having a separate sexual relationship with a staffer on her election campaign, which is not barred by House rules.

That denial is awfully convenient for Hill.

Most people would agree: Having a sexual relationship with a staffer clearly puts Ms. Hill, 32, in the wrong. (Though, of course, there are many male politicians who’ve done it and remained in office.) But the manner in which the affair was exposed -- the publication of sensitive photos and texts, which she blamed on her estranged husband -- arguably makes her a victim, as well.

On Thursday, Ms. Hill delivered a fiery farewell speech to the House, in which she argued she faced a “double standard” and attributed her resignation to the harassment she faced as a result of the photos.

And so did the New York Times in Tuesday’s paper. Coincidence, or a case of far-left minds thinking alike?

Ms. Hill blamed the release of the pictures on Republican operatives and on her husband, Kenny Heslep, whom she is divorcing. The pictures were published by the conservative website RedState and The Daily Mail, and articles from both outlets were widely shared on social media. She said she had also faced a barrage of threatening messages.

“I’m leaving because of a misogynistic culture that gleefully consumed my naked pictures, capitalized on my sexuality and enabled my abusive ex to continue that abuse, this time with the entire country watching,” Ms. Hill said. “I am leaving because of the thousands of vile, threatening emails, calls and texts that made me fear for my life and the lives of the people that I care about.”

Another story about how tough Democrats were on themselves on ethics referenced Barton: “....Republicans have seemed more tolerant of infractions in their own ranks....