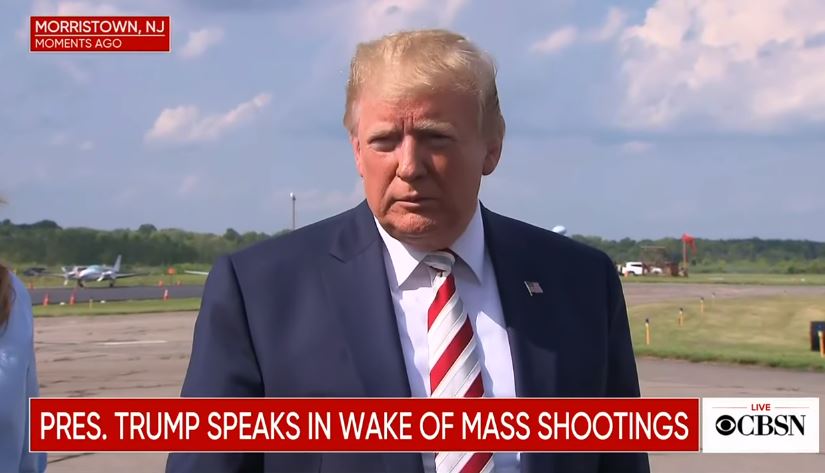 “Blood money”? Boston Globe staffer Teresa Hanafin’s "Fast Forward" daily e-mail newsletter downplayed the "news" angle to spew virulent anger toward both Trump and the Republican Party. Some of the fiery excerpts, delivered with a patina of ultra-cynicism, from Monday's offering:

I'm not quite sure why everyone is so stunned about the two mass shootings over the weekend, with 20 people killed in El Paso, another 9 in Dayton, and 53 wounded. C'mon.

Allowing dozens of our fellow Americans to be mowed down by gunmen wielding assault weapons that are specifically designed to kill groups of people at once is the official policy of the United States.

Seemingly confident in her Boston Globe audience, Hanafin showed what she thought of Republicans:

We don’t value people; we worship guns. It’s who we are.

Republicans don’t value people; they worship the blood money the NRA pours into their campaign coffers. If the slaughter of 20 first-graders couldn’t change that, nothing will. Get used to it.

Republicans think you are stupid, and far too many of us are. They would have you believe that our gun death problem is caused solely by mental illness, or video games, or God knows what. But they can't explain why every other industrialized country in the entire world has a minuscule number of gun deaths compared to the US....

Let's be honest: As long as Republicans hold any power, the slaughter will continue.

President Obama had Democratic majorities in both the House and Senate between 2009-2011 and didn't push gun control bills.

You want carnage? You got it under Trump, whose white nationalist acolytes are using our gun-in-every-pot laws to maim and kill as many people who don’t look like them as possible.

The US is under attack by pitiful, insecure white men harboring false grievances dreamed up to explain away their own inadequacies. Wait – doesn’t that sound like a description of Tr... oh, never mind.

And The Washington Post reported that counties that hosted a Trump rally in 2016 saw a 226 percent increase in hate crimes.

Hanafin leavened the message only slightly with grim humor while targeting Trump supporters.

The El Paso shooter deliberately targeted Mexicans, people Trump says are druggies, criminals, rapists, "rough, rough people" who are invading and infesting the US. I'm surprised he hasn't led his rally haters in a chorus of "La Cucaracha."