The New York Times hit the campaign trail around the country over the weekend and offered several dispatches, including the strikingly titled “A purple flying unicorn discovered in Texas” from reporters Manny Fernandez and Mitchell Ferman.

The paper’s hostility to incumbent Republican Sen. Ted Cruz is well-documented, so Fernandez’s loaded anti-Cruz name-calling wasn’t surprising, but it was odd that he conveniently found on the spot an undocumented “unusual phenomenon” of Republican Cruz-haters that are putting his re-election in jeopardy. 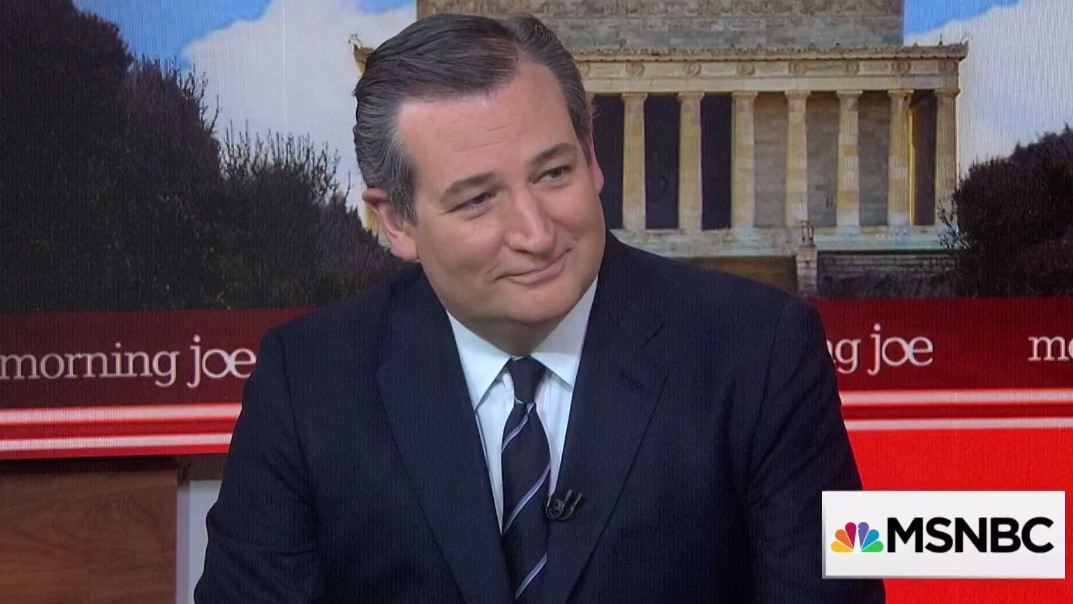 Some Republican voters -- no one knows how many -- are supporting a Republican for governor and an underdog Democrat for U.S. Senate. It’s an unusual phenomenon that has a lot to do with Senator Ted Cruz, the Republican incumbent facing Representative Beto O’Rourke, an El Paso Democrat.

Mr. Cruz’s far-right attack-dog persona, failed bid for president and his embrace of President Trump, a former rival who has insulted him and his family, has made the senator unappealing to a subset of moderate Republicans. Gov. Greg Abbott, meanwhile, remains one of the most popular Republicans in the state.

Mr. Cruz and his supporters have been confident he will win re-election and dismiss Beto-Abbott voters as fictional creatures. “I think that’s a purple flying unicorn,” Mr. Cruz said in early October. “A media creation.”

The reporters instantly turned Cruz’s comment against him: They found one! And he has a yard sign to boot!

We’d like to introduce Mr. Cruz to a bona fide purple flying unicorn: Charles N. Starnes, an economics professor at Wayland Baptist University in the West Texas city of Plainview. Professor Starnes, 70, has been a Republican since the 1960s and voted for Nixon, Reagan and Romney, among others. He already cast his ballot for Mr. Abbott and Mr. O’Rourke during the early voting period that ended Friday.

One moment was instrumental for Professor Starnes. He met Mr. O’Rourke months ago, when the congressman held a town hall in the nearby town of Floydada. In red West Texas, Democratic politicians don’t hold many town halls.

Professor Starnes hasn’t been bashful about his vote. He’s got a Beto sign in his front yard.

Barely a week from Election Day, Beto O’Rourke is still down in the polls. President Trump just increased his Republican opponent’s momentum at a hot-blooded rally in Houston. And despite Mr. O’Rourke’s national star power and record-breaking fund-raising, his quest seems as daunting and as unlikely as ever -- winning a Senate seat in Texas, something no Democrat has done since 1988.

But ask Mr. O’Rourke, the Democratic congressman trying to unseat Senator Ted Cruz, what his strategy is in the final days of his underdog campaign, and his answer comes quickly.

He was standing last week in a hallway of a Baptist church in the East Texas city of Tyler. Hundreds of supporters squeezed into the pews, sat on the green carpet or stood along the sides to hear the El Paso congressman’s speech, delivered from the pulpit, as a phone on a tripod beamed it out live on Facebook. The pastor, the Rev. Mark Hood, said it was the biggest crowd he had ever seen in the Liberty Missionary Baptist Church sanctuary for any event, political, religious or otherwise.

“This is a phenomenon,” said Nancy Nichols, 63, a Tyler businesswoman who has volunteered for the O’Rourke campaign in East Texas. “This is grass roots. And you know it’s grass roots because there’s one glitch after another. We’re just real people.”