NY Times Tells Old Stories on Trump Behavior on Sunday A1, But Broaddrick's Rape Allegation was 'Toxic Waste' in '92 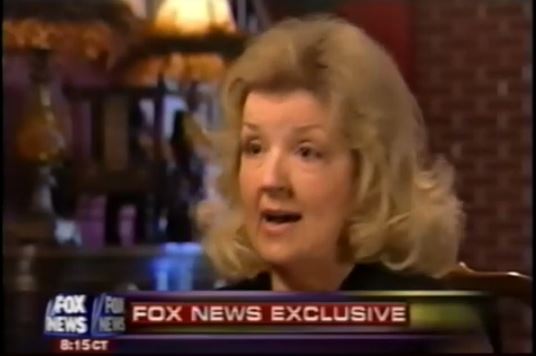 The New York Times made a big splash Sunday with an over-the-fold front-page story by Michael Barbaro and Megan Twohey, “Crossing the Line: Trump’s Private Conduct With Women.” Five Times reporters talked to female former Trump executives, his ex-wife Ivana, and various models and beauty pageant contestants, who told unflattering stories about Trump, many of them 20 years old. The Times teased its story: “Interviews reveal unwelcome advances, a shrewd reliance on ambition, and unsettling workplace conduct over decades.”

The Trump behavior described by the various women is immature and boorish. But did former president Bill Clinton’s sexual history or his multiple sex (and worse) scandals get this sort of front-page over-the-fold analysis? Hardly. In fact, during the 1992 campaign, the Times referred to blockbuster rape allegations made against Clinton by former Arkansas nursing home administrator Juanita Broaddrick as typical “toxic waste” and did everything it could over the years to avoid covering the story.

There was no similar hesitation to broadcast allegations against the presumptive Republican nominee who will likely face Hillary Clinton in November. On Sunday the Times wrote of Trump:

Their accounts -- many relayed here in their own words -- reveal unwelcome romantic advances, unending commentary on the female form, a shrewd reliance on ambitious women, and unsettling workplace conduct, according to the interviews, as well as court records and written recollections. The interactions occurred in his offices at Trump Tower, at his homes, at construction sites and backstage at beauty pageants. They appeared to be fleeting, unimportant moments to him, but they left lasting impressions on the women who experienced them.

Yet when Juanita Broaddrick's allegation of sexual assault by Bill Clinton finally emerged publicly in 1999 in the Wall Street Journal, the Times sniffed that her claim had obvious problems and defended its failure to cover them, blaming nationwide "scandal fatigue" and lamenting that "smaller outlets on the Internet and cable television" were "overwhelming the slower and more sober judgments of mainstream news organizations" in having the gall to publish a sex candal involving a Democrat president (this less than a year past wall-to-wall coverage of Anita Hill's claims against Clarence Thomas).

The Times did its best first to ignore, then discredit the story, calling the Wall Street Journal editorial page "one of the nation's most conservative and a strident critic of Mr. Clinton." Times reporters Felicity Barringer and David Firestone in February 1999 explained why their paper passed on Broaddrick’s rape allegations in 1992, when coverage could have swung the election.

The allegation was passed on to reporters for The Los Angeles Times and The New York Times in the waning days of the 1992 Presidential campaign. Regarding it as the kind of toxic waste traditionally dumped just before Election Day, both newspapers passed on the story -- that a nursing-home executive had been sexually assaulted in 1978 by Bill Clinton, then the Attorney General of Arkansas.

The rumor persisted in the shadowlands of the Internet, even after a sworn denial by Juanita Broaddrick, the woman involved. Mrs. Broaddrick reversed herself last spring, during questioning by investigators for the independent counsel Kenneth W. Starr. Last month, during the impeachment process, she decided to make the assault charges public in an interview with NBC News. Then she chafed because the interview was not broadcast.

The problems with Mrs. Broaddrick's accusation are obvious. There is no physical evidence to verify it. No one else was present during the alleged encounter in a Little Rock hotel room nearly 21 years ago. The hotel has since closed. And Mrs. Broaddrick denied the encounter in an affidavit in January 1998 in the Paula Jones case, in which she was known only as ''Jane Doe No. 5.'' Through all those years, she refused to come forward. When pressed by the Jones lawyers, she denied the allegation. And now, she has recanted that denial.

But despite the problems with the accusation, it became part of the background noise of the impeachment process in Congress, pushed by conservative House Republicans even after Mr. Starr made only a glancing reference to it in a supplement to his report.

You see, the Times wasn’t really in the tank for Clinton, but merely using “sober judgment” when it ignored a credible claim of rape against a Democratic president.

The shadowy, subterranean path the allegation traveled also illustrates the mechanics of the national media after a year of White House sexual scandal.

Never homogenous, the national press is divided in ever-smaller slivers, with smaller outlets on the Internet and cable television sometimes overwhelming the slower and more sober judgments of mainstream news organizations.

Managing editor (and future editor in chief) Bill Keller sounded the furthest thing from thrilled to have the chance to break the bombshell account.

The New York Times also hesitated about publishing the account, because it had not interviewed Mrs. Broaddrick.

He added that, ''Even then, we talked long and hard about whether to publish anything. The merits of the allegations are probably unknowable. Legally, it doesn't seem to go anywhere. Congress isn't going to impeach him again. And frankly, we've all got a bit of scandal fatigue.”

But earlier in 2016, after Broaddrick replayed her allegations on Twitter, the liberal outlet Vox surprisingly concluded that she had a solid case against Bill Clinton, details of which, if spread widely, could rebound against the former First Lady Hillary Clinton as she runs for president. Vox’s Dylan Matthews pointed to a Hillary Clinton tweet from November 2015 that "Every survivor of sexual assault deserves to be heard, believed, and supported."

In an era where millennialists are quick to find “rape culture” under every rock, the last thing a Democrat would want is to rehash Bill Clinton’s sexual history as a politician in Arkansas and president of the United States to those young voters who may not know all the gory details. Those would include Hillary Clinton’s participation in the smearing of Paula Jones, Kathleen Willey, and Gennifer Flowers, three other women who had the effrontery to bring claims of sexual harassment and womanizing against Clinton. Those claims were later vindicated, but not before the entire Democratic Party apparatus had trashed the women's reputations.

"[Hillary] came directly to me as soon as she hit the door. I had been there only a few minutes, I only wanted to make an appearance and leave. She caught me and took my hand and said 'I am so happy to meet you. I want you to know that we appreciate everything you do for Bill.' I started to turn away and she held onto my hand and reiterated her phrase -- looking less friendly and repeated her statement -- 'Everything you do for Bill'. I said nothing. She wasn't letting me get away until she made her point. She talked low, the smile faded on the second thank you. I just released her hand from mine and left the gathering."