Is This the Most Revealing ‘Saturday Night Live’ Sketch of the COVID Era? 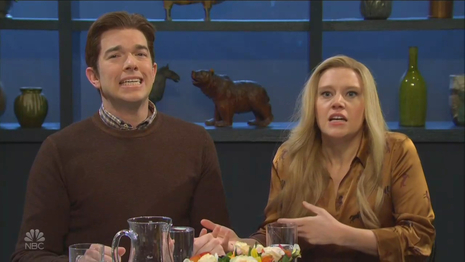 Saturday Night Live too often produces propaganda, not satire. The show’s overtly liberal bent has shattered a legacy of mocking the powerful, regardless of party affiliation.

For one night, though, the show’s propaganda gave way to something new. You could call it comic therapy. A Feb. 26 sketch featured three couples discussing how the science has suddenly “changed” regarding the pandemic.

One of the friends (Kenan Thompson) is still wearing a COVID-19 mask when they sit down for dinner, and he sheepishly takes it off when his friends remind him the mask mandates are over. That sparks a series of awkward confessions, framed by hushed whispers and panicked asides.

The comedic performances are clumsy save for Kate McKinnon’s work. She remains the show’s most reliable comic force.

There’s plenty to examine about the sketch in question.

First, it’s clear the six diners are all liberals who consume the same news day in, day out. That’s efficient comedy writing, for what it’s worth. A five-minute sketch conveys that information, and more, without directly sharing it.

The sextet cast aside friends who didn’t perfectly align with their perceived COVID “truths.” Now, they’re having second thoughts as legacy media outlets let the truth trickle out.

It doesn’t help that The New York Times, of all places, just shared how the CDC is hiding critical COVID-19 information lest the public “misinterpret” the data.

Perhaps the comedy show’s writers have some guilt about how they behaved during the pandemic, too. Was this comedy or cathartic?

The diners also soothe themselves by reciting the media’s pandemic talking points, almost like a church hymnal that grants them strength.

Secondly, each diner is afraid to share a thought that hasn’t been pre-approved by their peers. It’s played up for comic effect, but it’s a sad reality for too many Americans. Say the “wrong” thing, like former Levi executive Jennifer Sey learned the hard way, and you could lose your job. 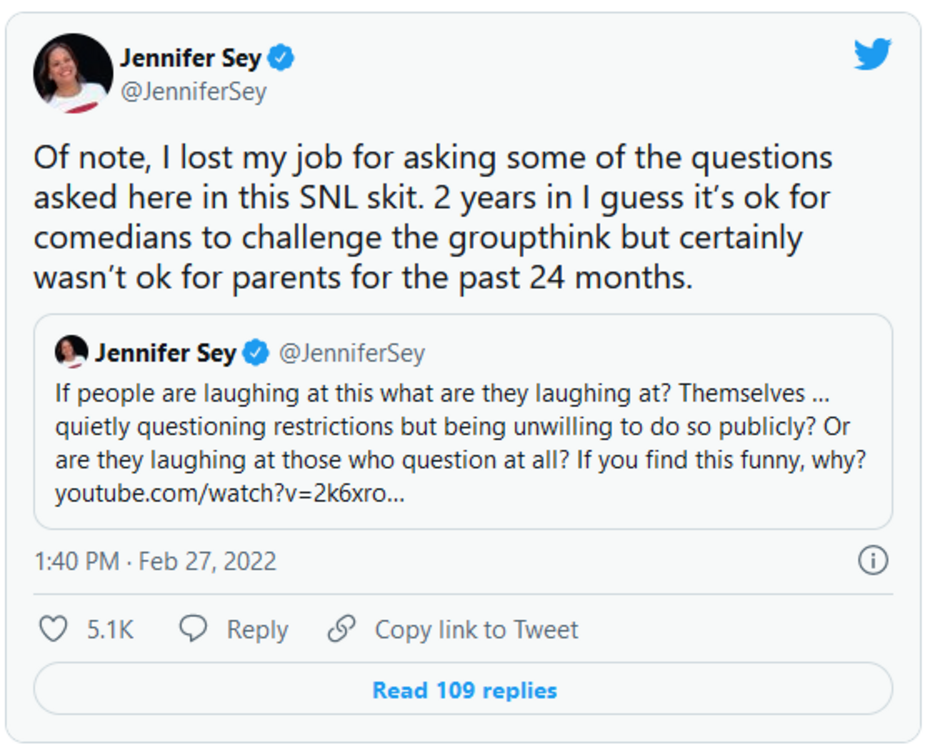 The assembled diners are so afraid of the emerging truth, and realizing they may have bought into a lie for two years, that they’re petrified of even voicing that reality.

It’s a startling depiction of tribal groupthink in 2022.

Finally, as one of Sey’s followers shrewdly noted, this skit could have real-world consequences. Many Americans believed that the “Lab Leak Theory” involving COVID-19 was the stuff of conspiracy web sites, not reality.

You couldn’t fully blame them. Everyone from the media and Big Tech to Dr. Anthony Fauci insisted it was a lie, until they slowly let reality seep in.

It took funnyman Jon Stewart to question that narrative, on the very liberal Late Show, before some started questioning the truth behind it. 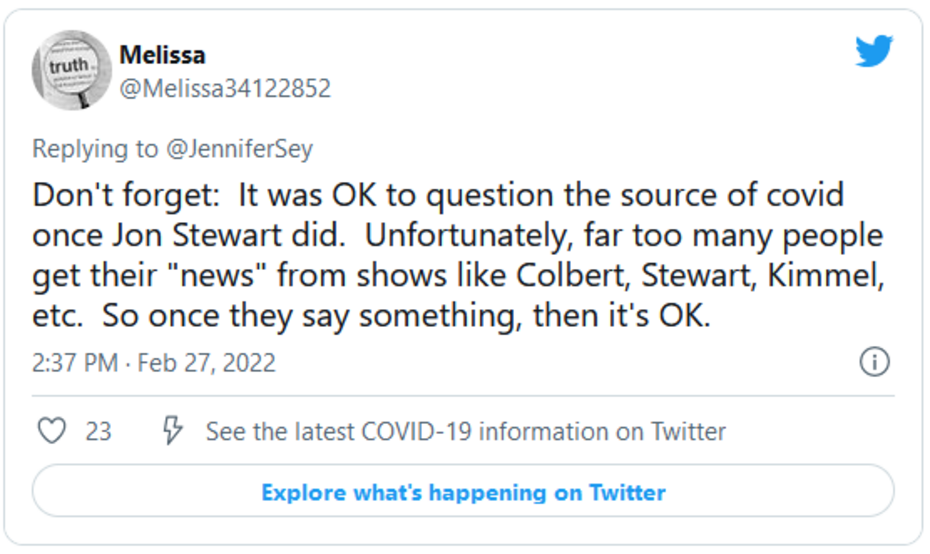 A similar impact could happen should the diner sketch go viral. We’ll have to wait and see.

For now, SNL offered a blast of sanity and self-awareness in one short sketch. Who knows? Maybe next week they’ll finally realize the president they’ve been protecting for the past year is worth a not so gentle ribbing?