Why Are These 'Office' Stars Silent About Cancel Culture Hitting Their Show?

Silence says all you need to know about the Age of Woke.

It’s the countless stars who won’t take a stand for free expression, or the platforms unwilling to defend their indefensible actions. They hope “radio silence” will be enough.

It’s the artists who watch their work get memory holed by the woke mob without so much as a peep in protest.

We saw it again this week. 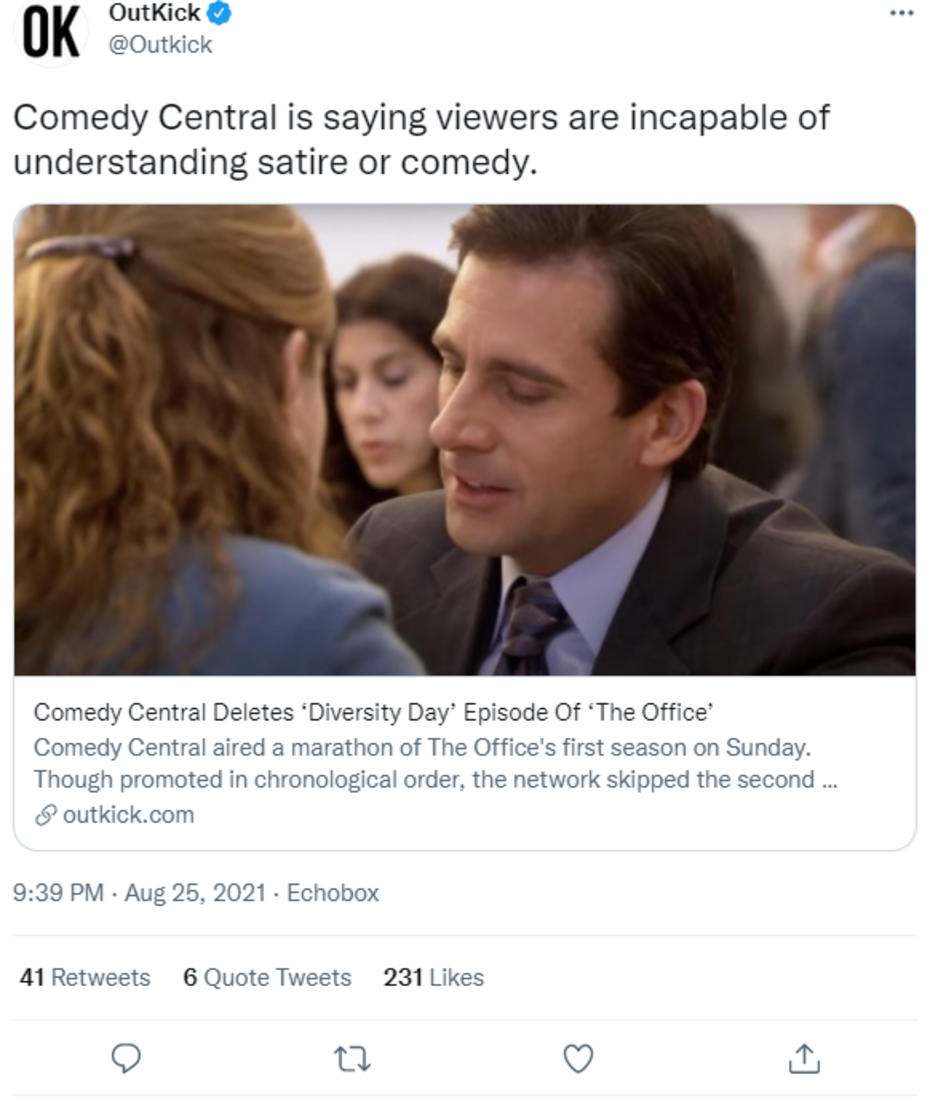 The Office, the American version of Ricky Gervais’ beloved show, is equally adored on this side of the pond. Fans binge watch it, scurry to platforms where they can savor every episode and consider it one of the best sitcoms of the modern era.

And one of its most famous episodes just got erased.

B.J. Novak earned a Writer’s Guild of America nomination for penning the episode, considered by the A.V. Club as one of the show’s “defining episodes” at the time.

The 2005 episode can no longer be seen on Comedy Central, a sentence which speaks volumes about the current state of humor.

You won’t find mainstream media outlets rushing to the show’s defense. Conservative news platforms did, of course, since right-leaning folks are the ones taking a stand for free speech while liberals take a knee.

Nor will the stars of that series, or its co-star/writer Novak, likely speak out on its behalf. Also silent? Stars Jenna Fischer, Angela Kinsey and Rainn Wilson, among others. 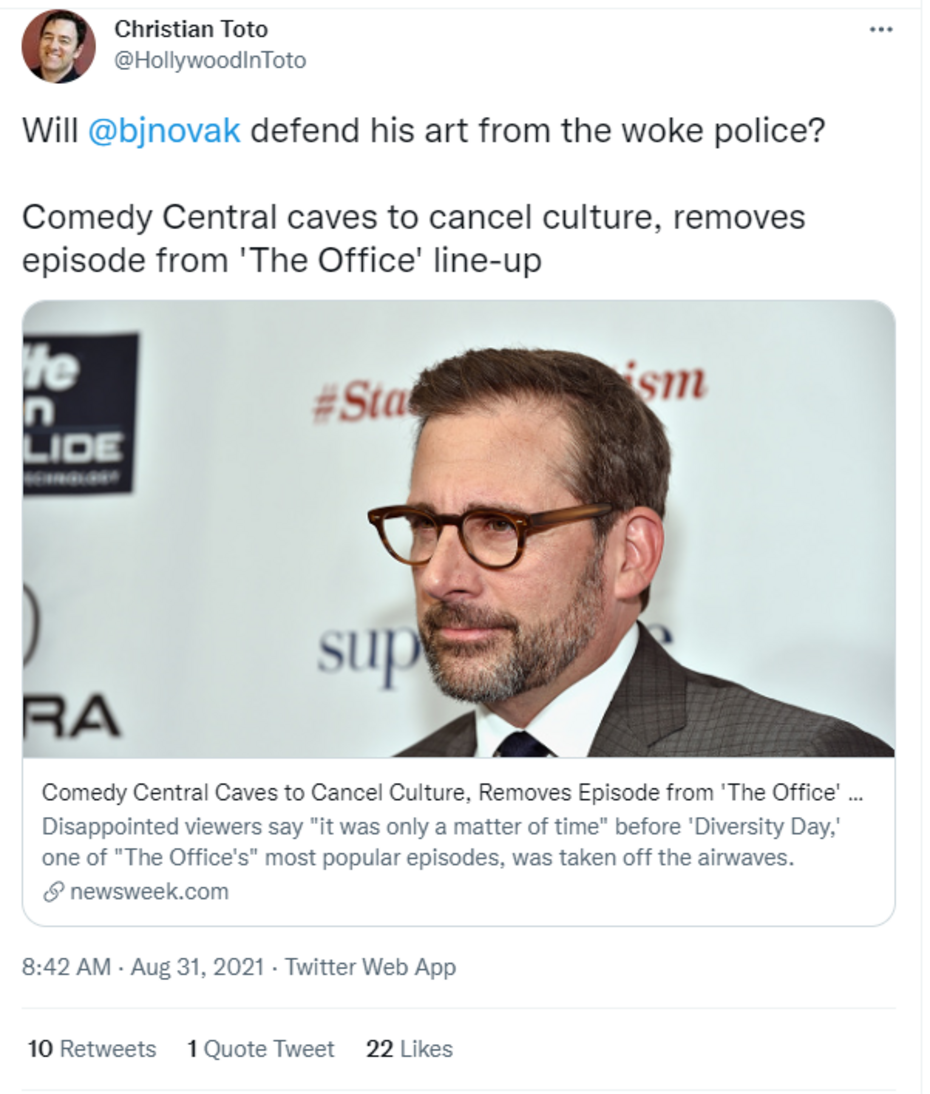 Newsweek contacted various Comedy Central officials for comment. Silence. The suits couldn’t muster up the courage to send out a canned statement, let alone a brief phoner to explain their stance. The same goes for Wilmore.

Why? They’re afraid. Afraid of defending their art, of angering the woke mob, of hinting they aren’t as progressive as they should be.

Carell has said in the past his character couldn’t survive today’s woke culture, but that’s as far as he went in condemning the cultural shift.

So “Diversity Day” is gone, at least from Comedy Central. It’s currently available for purchase on YouTube, but for how long? What other “Office” episodes are next? Or will the mob sic another classic TV series for an encore?

Cancel Culture grows in strength and ferocity with every so-called victory.

The biggest irony? NBC is flirting with an “Office” reboot. Good luck.

For more on Comedy Central's move, see this NewsBusters post.