Bozell & Graham Column: The March of Death by Anonymous Sources 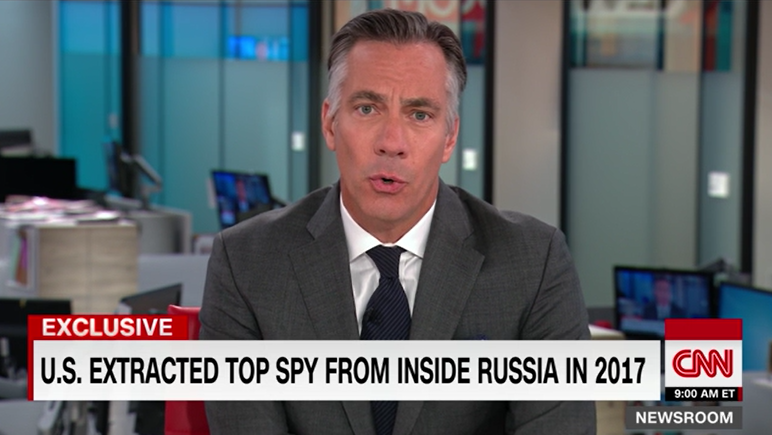 CNN host Jim Sciutto was mocked for tweeting two months ago, “Let’s please ban the word ‘narrative’ from our discussion of the news and this president. There is only one version of the facts and the truth. Full stop.”

CNN is about the last stop where you’ll find what Sciutto demands of the news media. Full stop.

Networks such as CNN insist the “truth” as they see it must be anointed as "reality" and anything dissenting from that is “misinformation.” But what they see are conclusions in search of facts and there’s no time or need to establish those facts in pursuit of the narrative that Trump is a crook who must be removed from the presidency.

Thus the dominant narrative of the first two years of the Trump presidency was the accusation of Russia colluding with the Trump campaign….until it collapsed. The network evening news shows wasted thousands of minutes just oozing with doom for the president. In 2018, the Russiagate stories were 98 percent negative. Now they’re doing it all over again with Ukraine.

All of this is based on what? Evidence provided by whom? How many dozens, maybe hundreds of television and print reports have been based on “anonymous sources”? How many times have we read about the reporter’s conversation with “multiple” or “six” or “more than a dozen” or some such number of sources?

Why can’t a single one come forward? Why must we find out, after digging and digging, that their most recent “whistleblower” has vanished from the scene?

As consumers of “news,” it’s exhausting to wade through wild quotes, accompanied by phrases like “the official spoke on the condition of anonymity to speak candidly.” But how on Earth would we know if the source was “candid”? The word, after all, is defined as “the quality of being open and honest in expression.” So why not come forward?

On the latest Fox News Sunday, host Chris Wallace played this swampy game with acting White House chief of staff Mick Mulvaney. “I talked to a very well-connected Republican in Washington this week, somebody whose name you would know well,” he promised. The source “says that if the House votes to impeach and it gets to a trial in the Senate, there is now a 20 percent chance he believes ...enough Republicans will vote with the Democrats to remove the president.”

Mulvaney shot back, “Oh, that’s just absurd,” and tried to move on but Wallace resisted and the typical TV back-and-forth ensued.

It’s time for Team Trump to get smart about this. Mulvaney let Wallace off the hook. Not only ought he not to have answered the question, but he should instead have put Wallace on the spot.

“Who is that source? You attack CNN all day, but you’re no different.”

“How “well-connected” is that source of yours? Employee? Childhood friend? Tennis partner? Can’t you tell your audience that? Do you even know?

"Why won’t you give us the name of person to whom he’s connected and came up with that 20% number?  Certainly you didn’t talk to him and he didn’t demand anonymity. So who is he? What authority does he have? What’s his expertise?”

“Is this the kind of National Enquirer journalism we should now expect from you?”

Team Trump should not consent to any taped news interviews. Instead, they should be live, and every single time the reporter plays that gotcha game, he should be challenged, fiercely.

The press would have nowhere to hide.