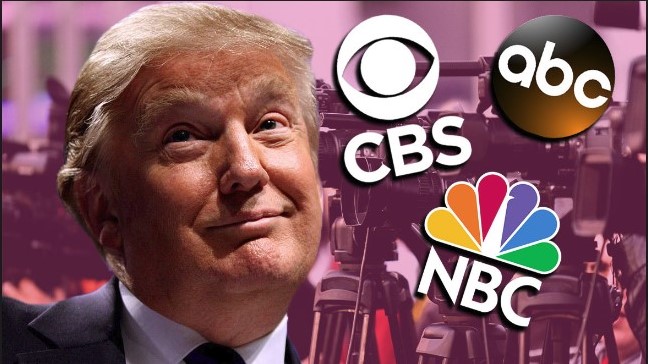 The Hollywood Reporter performed a poll on the news media, and the finding is still unexpected and shocking to some. The headline was “Americans Think All Network News Channels Lean Liberal, Poll Finds.”

Common sense has won. Can we dispose with the ridiculous fiction that the network news product is objective, strictly balanced, and nonpartisan?

The poll of 2,200 Americans from March 28 to April 2 asked if certain media outlets were “more liberal,” “more conservative,” or had “no political lean.” The Big Three networks averaged about 35 percent saying “more liberal” over 20 percent picking “no lean.” Count on the “more liberal” classification coming from conservatives and independents, and the delusional “no lean” answer coming from liberals. (One-third of the sample picked “Don’t know/No opinion.”)

The magazine’s Erik Hayden wrote this sentence without a hint of sarcasm: “Network news channels like ABC, CBS and NBC, which strive toward impartiality in their reporting, were perceived by a significant margin to be ‘more liberal’ in their political lean than neutral.”

Despite their around-the-clock liberalism, only 27 percent said National Public Radio leans “more liberal,” and 21 percent suggested “no political lean.” Someone needs to listen harder to NPR, including Hayden, who bizarrely described it as “centrist.”

The poll also found that across the board, news consumers insisted there was “too much opinion-based political commentary” in their news product. The numbers were stronger in cable news, but “too much opinion” beat “the right amount of opinion” on every network.

Morning Consult, which did the poll with The Hollywood Reporter, offered an obvious spin. "President Trump’s relentless rhetoric on the mainstream media has helped shape how those mediums are viewed among his base,” noted Tyler Sinclair, Morning Consult’s vice president.

The magazine article also included this quote: “The poll confirms the disturbing but not surprising fact that our polarized public discourse has eroded trust in mainstream journalism," proclaimed Andrew Heyward of Arizona State’s Walter Cronkite School of Journalism.

“Public discourse” eroded journalism? Why can’t the media ever take any responsibility for their own trustworthiness problems? Heyward was the president of CBS News when Dan Rather disgraced the network in 2004 by reporting Fake News with phony documents about George W. Bush’s Air National Guard service.

The media remain remarkably unwilling to acknowledge that the complaint of leftist bias in the “news” product is a very old complaint that resonated long before Donald Trump came down his escalator to run for president. The subject of biased television news is about as old as....television news.

It’s certainly true that even the slightest pretense of fairness has been shredded in the Trump era. Anyone observing the “news” agenda today should probably admit that saying any national media outlet has “no political lean” is a stretch.

The Left angrily insists to their allies in the press that “striving toward impartiality” is synonymous with spreading conservative “lies.” Letting conservatives make a point apparently ruins everything for the people who self-identify as the “right side of history.”