At the very end of the April 16 Saturday Night Live, the NBC skit show mocked the Christian movie God’s Not Dead 2, which like its predecessor explores how modern American culture denies the existence of God, especially in our classrooms. It did so by mocking God Himself.

NBC mocked the idea that Christians are being denied religious freedom. Cast member Vanessa Bayer played a baker who refuses to bake a wedding cake for two gay men, proclaiming “I want to deny basic goods and services to gay people.” An ACLU lawyer for the gay couple takes her to court to force her to say "God is gay." In her triumphant moment in court, she instead yells out "God... is a boob man!"

Pat Boone, a star of God’s Not Dead 2, responded in The Hollywood Reporter. A devout Christian, he could have exploded in righteous anger in defense of Our Lord. Instead, he tried to respond in a very measured way. 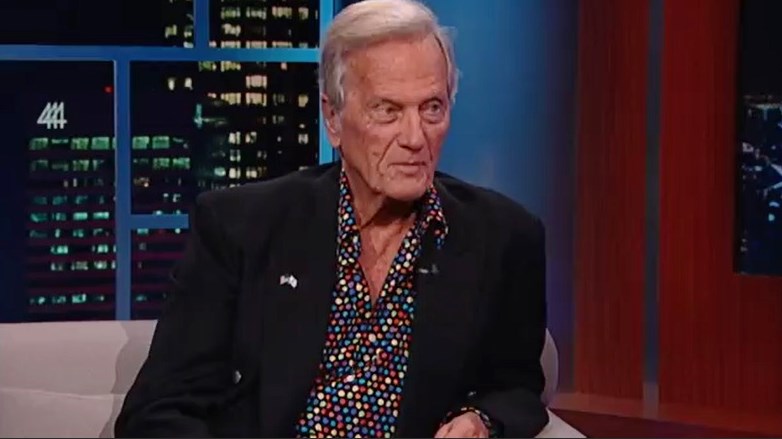 “God has a sense of humor. Why else would he invent the porcupine and the giraffe?,” he began. “Something can be devilishly funny, but this skit is diabolical. God has only one real enemy — Satan. Satan ridicules faith, and they’re taking Satan’s side. They’re also ridiculing me and the film, telling impressionable young people not to see it because it's ridiculous.” He added, “As much as I’ve enjoyed SNL, they went over the line, and believers in God deserve an apology.”

Boone called the skit “outright sacrilege,” and argued the obvious: “They know if they did this to Muslims they’d have to be put into the witness protection program. There’s nothing sacred at SNL — except maybe the words ‘Mohammad’ or ‘Allah.’ They’d never take those names in vain, but when they called God a ‘boob man,’ they took his name in vain.”

One might expect that this argument would be met with comparable respect, not because Pat Boone is an iconic figure in the industry but because his arguments are sound. But the anti-Christian bigots on the Left cannot restrain themselves. It was an opening for even more insults.

At the leftist site Politicus USA, Hrafnkell Haraldsson mocked “Christianity’s persecution complex – you know, because it’s genuinely funny that the world’s largest religion thinks it’s being persecuted.” When Boone called the skit “vitriol,” Haraldsson wrote that’s “a code word for people who don’t think a few people like Boone ought to tell us what we can and cannot do or say.”

At Daily Kos, the headline was “Take a Heart Pill, Pat Boone.” The message: “Pat Boone is wrong to have had any part in that craptastic piece of demagoguery.  He is wrong to bleat that Christians are an oppressed group in this once great nation.... I would love to see a Christian friendly movie that wasn’t blatantly stupid and of such high cringe factor and low quality on every level. Stop clutching the pearls, Pat.  Just be glad your crappy movie is getting publicity.”

But those were mild next to Wonkette, where “Doktor Zoom” penned a little screed titled “Pat Boone Is Butthurt For God.” He suggested Boone “ is very displeased with those anti-God ruffians at Saturday Night Live for mocking his movie. Mind you, it’s not on his own behalf that he’s upset. No, he is Butthurt for God, who you’d think could take care of Himself, seeing as how He is so incomprehensibly Large and Vast. But apparently His servants on earth need to keep late-night sketch comedy shows in line...Plus, it’s not only God that Boone is looking out for; it’s Christians, the most oppressed, discriminated against group in America.”

The late great humorist Steve Allen was well-known for his leftist views, as well as an atheist --- attributes found in so many within the SNL family. But he was also a friend of Boone's. He would have endorsed Pat's views, forcefully, in the name of simple decency. Once upon a time there were things you just did not do.