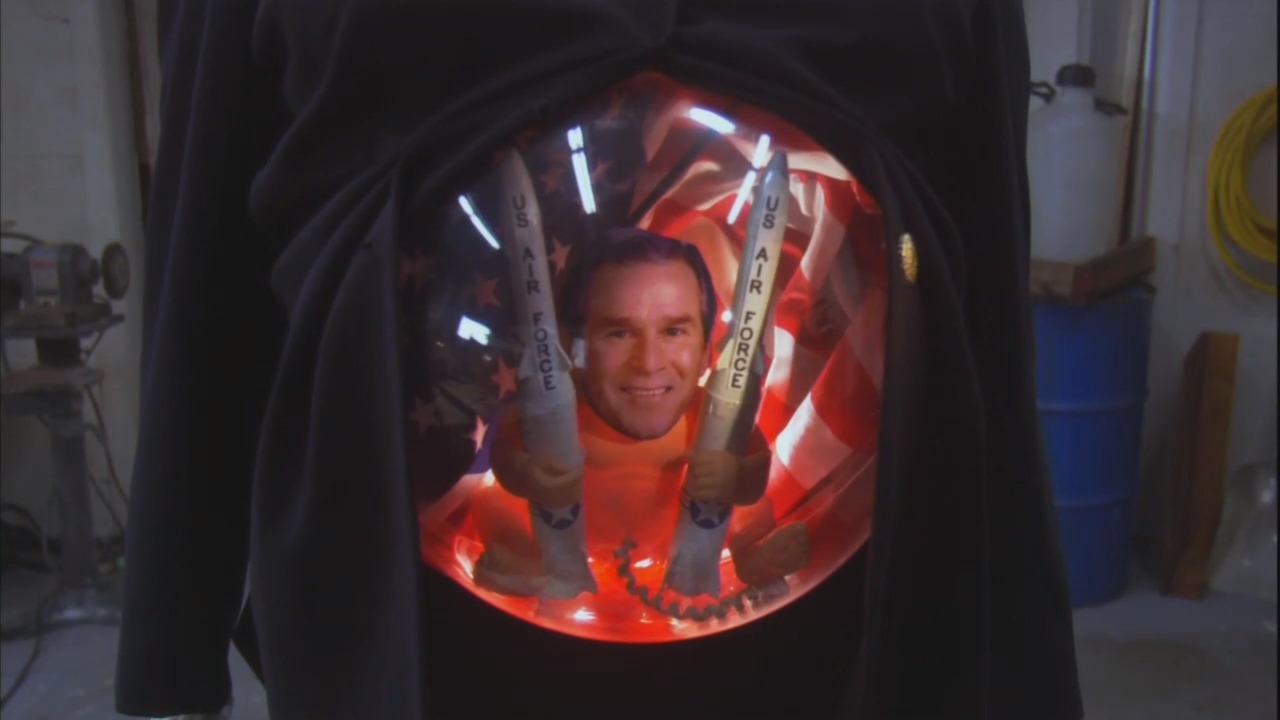 Ten years after it left the Showtime schedule, Sunday night the CBS-owned cable channel is resurrecting its lesbian-centered dramady, The L Word (now with Generation Q added to the title). A 2007 episode of the series featured a particularly outrageous bit of far-left hate, a sculpture, the “Unauthorized Abortion of W,” which was a life-size cut out of Barbara Bush with a vacuum cleaner between her legs in position to suck out an image of then-President George W. Bush’s face.

In the episode, “Layup,” first aired on January 28, 2007, “Bette Porter,” an administrator of a university played by Jennifer Beals, brings a donor with “reptilian politics” – ie, a conservative – to view art she’s hoping he’ll help fund.

When he sees the “artwork,” the “artist-in-residence, Jodi Lerner,” played by Marlee Matlin, tells him: “This is called the ‘Unauthorized Abortion of W,’ some of the most powerful student work I’ve seen.”

He replied: “It’s an abomination, and an abuse of university funds.”

Given the reality of the left’s anti-free speech atmosphere on many college campuses, “Porter” makes a very unrealistic plea: “Don’t you think, really, that the primary mission of a university is to provide a safe haven to explore ideas and expand boundaries?...This is one artist among hundreds here who’s just trying out her voice. Isn’t that what graduate school is all about?”