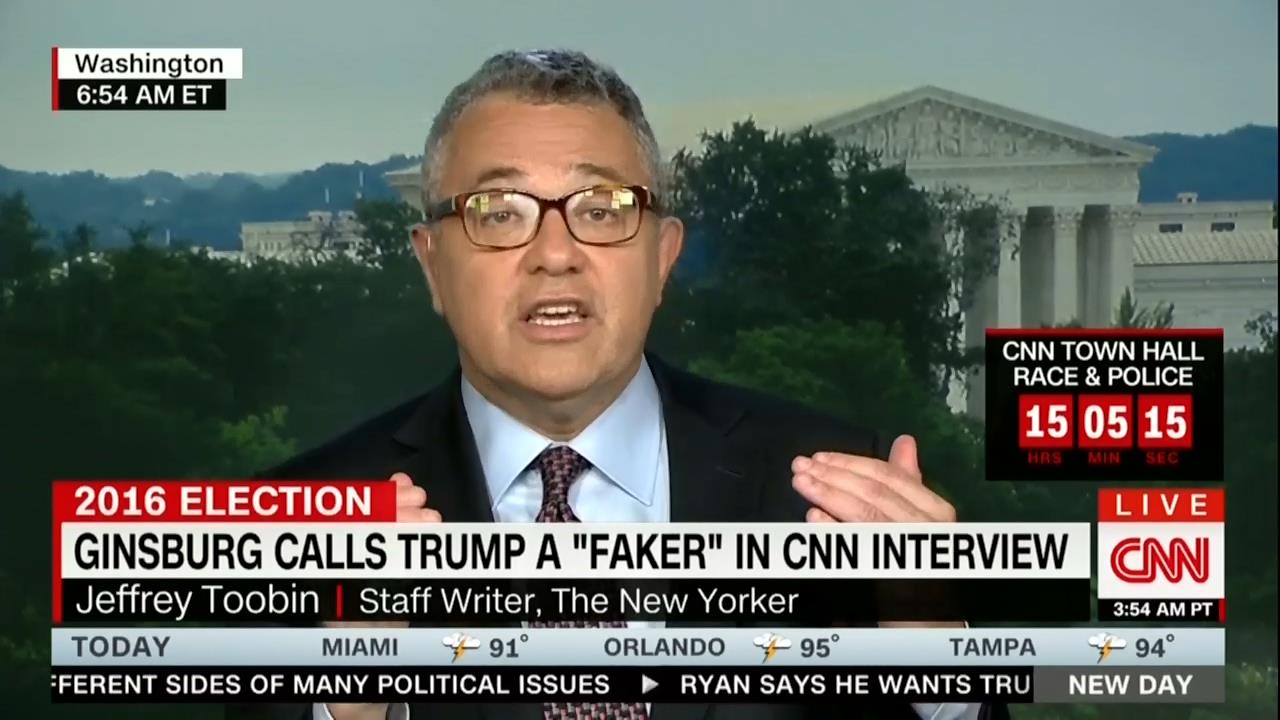 While much of the dominant media have gone soft on liberal Supreme Court Justice Ruth Bader Ginsburg's recent remarks attacking GOP presidential candidate Donald Trump -- unprecedented for a sitting U.S. Supreme Court justice -- her comments were enough that even liberal CNN legal analyst Jeffrey Toobin slammed her as being "completely wrong," and even recommended that she "recuse herself" if the 2016 presidential ends up disputed in the Supreme Court.

So let's show our viewers exactly what she said to you. She said, "He is a faker, He has no consistency about him. He says whatever comes to his head at the moment. He really has an ego."

She then turned to Toobin and posed:

Jeff Toobin, to you. You know the bench well. Frankly, she's saying what's on her mind just like Donald Trump says what's on his mind. I guess, in that respect, they have something in common. Is there any chance that she would resign?

No, I don't think there's any chance she will resign, but I think it's appropriate to criticize her about this. This is not how Supreme Court justices have talked traditionally. They do not get involved in day-to-day political controversies. They do not endorse or un-endorse candidates.

Describing himself as a "great admirer" of Justice Ginsburg, he then got to the subject of recusal as he added:

And I think there are lots of good reasons for that, not least of which, something involving the election may come before the Supreme Court in a Bush V. Gore type case. And I think she'd have to recuse herself at this point.

I just think, as someone who is a great admirer of Justice Ginsburg, she is completely wrong in this situation, and she should not be making these kinds of political statements.