Appearing as a guest in the final segment of Wednesday's MTP Daily on MSNBC, Ron Fournier of the National Journal slammed the previous night's GOP presidential debate as "disgusting" as he claimed to see "dog whistling" and "fearmongering" from the candidates.

Referring to a piece by Fournier, host Chuck Todd posed: "You know, Ron, you wrote a pretty tough piece on the entire debate. You basically wrote the whole thing off as fearmongering." 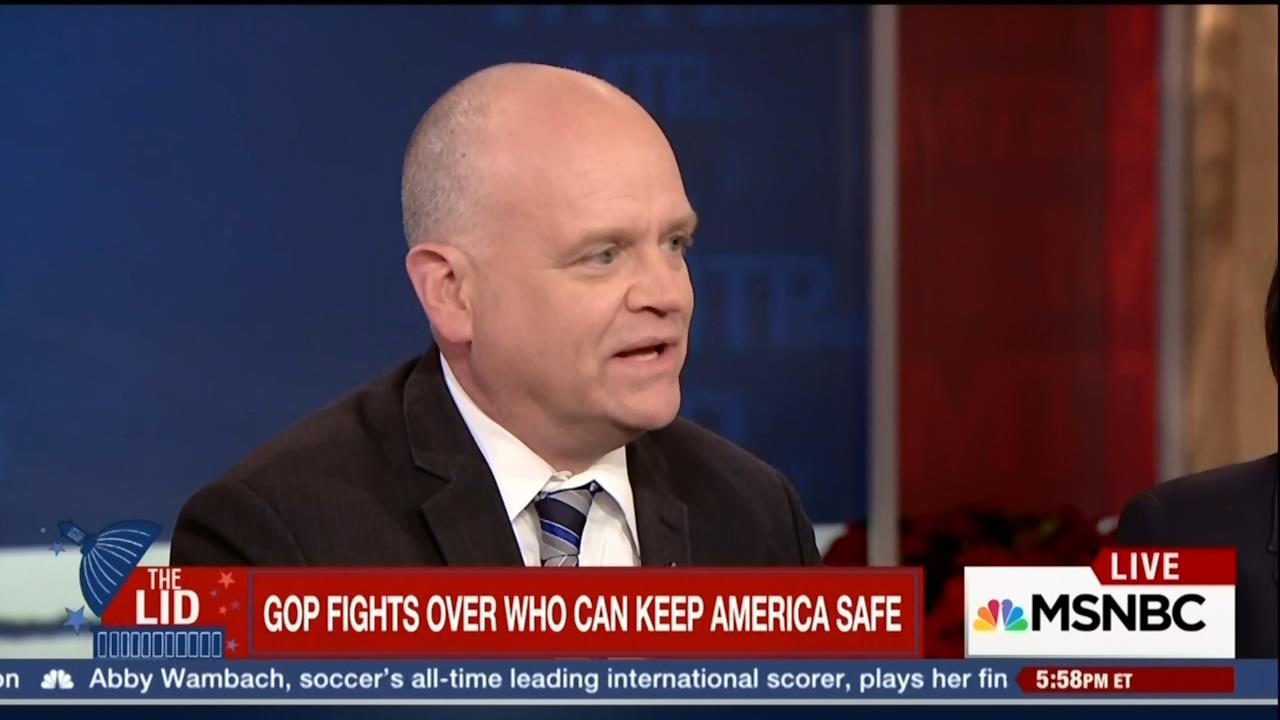 It was. It was, I think, for somebody who didn't come into it with a political dog in the fight, you looked at, and you realize they're stoking and exploiting my fears -- reasonable fears for our security and that we're going to get hit again, and very less than reasonable fears about "the other."

He went on to praise Lindsey Graham's performance in the undercard debate:

CHUCK TODD: Was Lindsey Graham the only optimistic candidate of the two debates?

TODD: Why didn't somebody else do the line about Muslim soldiers?

FOURNIER: Because you can't say something nice about Muslims apparently in the Republican Party right now.