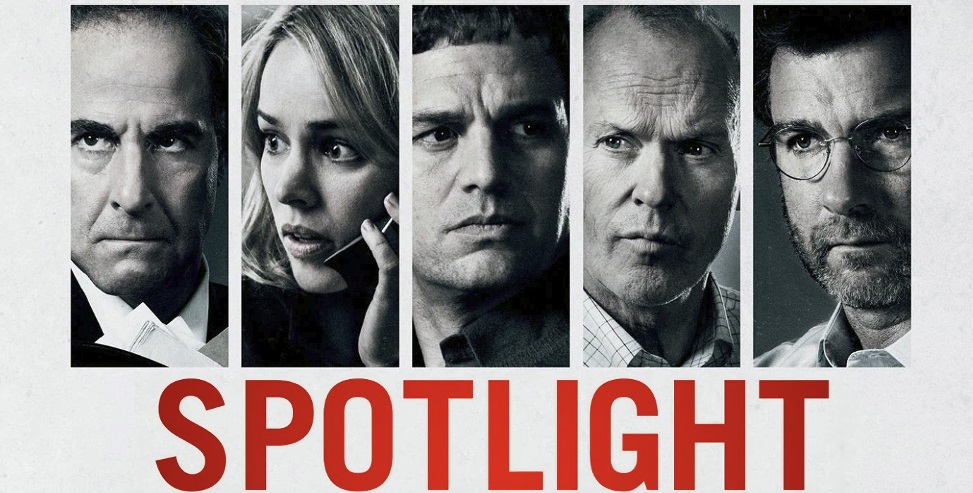 Spotlight won an Oscar for best picture in 2016 for its portrayal of the clergy sexual abuse scandal in the Archdiocese of Boston. At least nine of those associated with this film have worked with Harvey Weinstein, yet eight have said nothing about his sexual abuse, and all nine refuse to indict Hollywood the way they have the Catholic Church.

No one who worked on Spotlight was more condemnatory of the Catholic Church than actor Mark Ruffalo. On the day the movie won the Oscar, he participated in a rally with SNAP (Survivors Network of those Abused by Priests), a fully discredited band of lying anti-Catholic activists. He took the occasion to blast the Catholic Church.

It is telling that Ruffalo has not sought center stage registering his outrage at his buddy, Harvey Weinstein. Ruffalo starred in two Weinstein films, Begin Again and Can a Song Save Your Life? The best he could do was to issue a two-sentence tweet saying that it was "horrible" what Weinstein did. How brave.

Unlike the Catholic Church, which Ruffalo blamed for not posting the names of sexual abusers, he has said nothing about the breadth and depth of Hollywood's culpability in sexual abuse and child rape. Moreover, if Hollywood were to list the names of all the predators and perverts in Tinseltown, it would take an army of researchers to compile.

When Spotlight won the Oscar, producer Michael Sugar did not pass up the opportunity to lecture the pope. "Pope Francis," he bellowed on TV, "it's time to protect the children and restore the faith." But when it comes to his friend Harvey, whom he knows well, Sugar goes mute. Why isn't he shouting about Hollywood's need to protect women and children from the claws of those who work there?

Spotlight director Tom McCarthy also joined the SNAP rally attacking the Catholic Church. He worked with Weinstein in the film Good Will Hunting. He has been totally silent on Weinstein's unseemly conduct, and wouldn't be caught dead in a rally against Hollywood abusers.

Peter Lawson, the executive producer of Spotlight, bragged how the movie was "getting these guys [miscreant priests] up in front of the Vatican." He is a close associate of Harvey Weinstein, having been executive vice president of acquisitions and co-productions at The Weinstein Company. He has said nothing about Weinstein's behavior, and has shown no interest in "getting" Hollywood predators.

John Slattery, who starred in Spotlight, did not shy from making sweeping generalizations about priests as abusers. "Ask anyone—it was someone they knew, someone they went to school with, some teacher, or the priest, and it was kept under wraps," he said.

Well, I would like to ask Slattery — he is currently in production for a Weinstein movie, The Romanoffs — one question: Why have you said not a word about your boss? Also, is he going to deny that if we asked the housekeeping staff who work in Hollywood studios that they couldn't tell us endless tales of sexual exploitation? "Ask anyone," Slattery.

Another actor in Spotlight was Stanley Tucci. He hollered that "if it's happening in Boston, you know it's happening all over the place. If it's that systemic in one city...the Catholic Church, it's all connected." Imagine how much Tucci could tell us about the systemic sexual abuse that defines Hollywood! But he won't address that. And even though he was in the Weinstein film Shall We Dance?" he has said absolutely nothing about Weinstein.

Liev Schreiber was in Spotlight and, like the others, spoke out against the Church. He starred in four Weinstein movies, The Butler, Scream, Scream 2, and Scream 3. But he is not screaming about Weinstein's indefensible conduct, and indeed has not said a word.

Actor Billy Crudup was in Spotlight, and he lobbied to end the statute of limitations for priestly sexual abuse. He had a role in the Weinstein film, Dedication. But he has never uttered a word about either Weinstein's behavior or the need to rid Hollywood of civil liberties.

Rachel McAdams is my favorite. She starred in Weinstein's Southpaw and The Time Traveler's Wife. She can't bring herself to slam Weinstein but she sure made a spectacle of herself speaking about priests. Young men, she said, "go into the priesthood when they're nine years old or even younger, and they're raised by men who are not necessarily sane." (My emphasis.) Only someone who is not necessarily sane is capable of making such a remark.

So there we have it. These people are much worse than the typical phonies who work in the entertainment industry. They are quick to point fingers at priests, quick to make wild generalizations about the Catholic Church, quick to join demonstrations against the Church, and quick to moralize about Catholicism. But when it comes to their sick friend, the only thing they are quick to do is run away.

Hollywood's moral capital was never in big supply, but now it is shot altogether. We don't need one more lecture about cover-ups and sexual abuse in the Catholic Church. When it comes to deceit, lying, and sexual deviance, Hollywood has no rival.