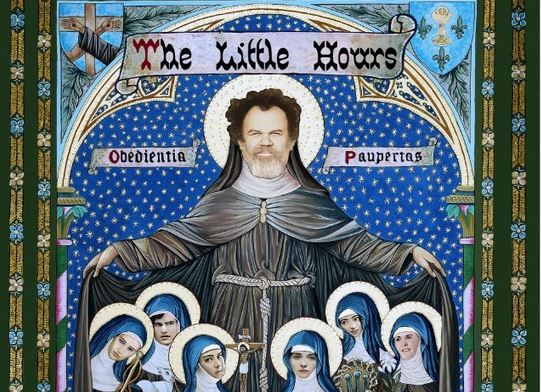 Hollywood's farm team, as represented by the Sundance Film Festival—the largest source of independent movie hopefuls—continues to mimic the all stars in Tinseltown by sticking it to Catholics. This year there are two nun-bashing movies to pick from.

"Novitiate" is a religious drama about nuns during the early-mid 1960s, when the Second Vatican Council was in session. The movie plays off the tensions between the more traditional Church and a new wave of reforms ushered forth by Vatican II. The Mother Superior at the Tennessee convent is described by one Variety critic as "brittle" and "sadistic"; another reviewer for the publication calls her "merciless."

This just goes to prove, one more time, that Hollywood is utterly incapable of making a movie about traditional Catholics that is not wholly stereotypical. Now that Sony—a studio with a history of anti-Catholic films—has acquired the rights, look for us to say much more when this flick hits the big screen

This film is set in medieval Italy, though none of the characters evinces an accent. Viewers are introduced to three young nuns, their Mother Superior, a priest, and a servant. Obviously, all are depraved, in one way or another.

Variety calls Sister Alessandra "a spoiled brat," a victim of her rich dad who can't afford to pay her dowry. Having found no suitor, she takes refuge in a convent, using her father's influence to get accepted. Sister Fernanda is "the party girl," a foul-mouthed queen always ready for a fight. One reviewer summed her up this way: "She's a brooding, cunning, unrepentant savage of a Sister, quick to burst into tirades of profanity and violence." Sister Genevra is the resident busybody, constantly sticking her nose in where it does not belong.

Father Tommasso is an alcoholic simpleton who is exploited by the nuns—they overhear each other's sins while waiting to go to confession, and then recycle them when it's their turn. Oh, yes, the good father has sex with the Mother Superior (played by an aging Molly Shannon).   As expected, Mr. Handyman, who plays a deaf-mute, is seduced by the oversexed nuns.

This is so trite. We've been there before, but some can't stop drinking from this well. Take Shannon. In a recent interview about the film, she bemoaned her years in Catholic school, recalling how she was programmed to think "how sex was so bad." She now considers herself  enlightened, though from the sound of things it is apparent that she is still working through her adolescent rage. Time to grow up, Molly.

Perhaps Sundance will host a film about all those sexually free souls who threw restraint to the wind. Many, however, are dead, and those who plundered on are not exactly beaming with joy. Not the kind of film that is likely to attract Sony. It prefers to deal with sadistic sisters.