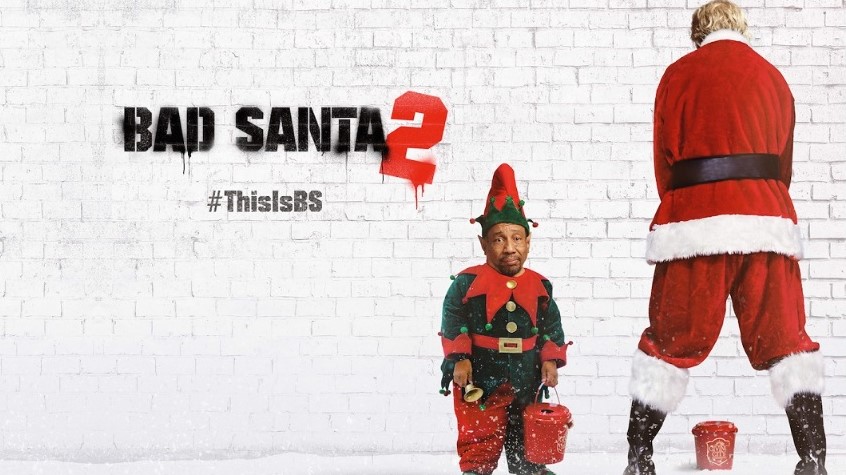 It's a hard call which is worse: Bad Santa 2 or its juvenile fans. By any measure, the movie, and its reception in many quarters, is proof positive that American culture is witnessing a race to the bottom.

The sequel is just as immature. The script was written by Johnny Rosenthal and Shauna Cross, two geniuses who never outgrew their adolescence—or learned how to write. Don’t take my word for it.

Nick Schager, writing for The Playlist.net, notes the "narrative purposelessness" of the film. Similarly, Colin Covert of the Chicago Tribune says "the plot is so muddled it seems to have been stitched together from the dregs of multiple ditched drafts."

But to some critics, the banality of the script matters less than fantasizing how normal people might react to this crud at Christmastime.

Juliana Roman of movieweb.com is happy that "Bad Santa 2 is as gloriously raunchy as the original. Bravo to the filmmakers for having the guts to make it just as ribald and patently offensive." Sorry, Juliana, it takes no guts in Hollywood to offend Christians, especially this time of the year. Once Hollywood makes a movie doing to the LGBTQ community what it does to Christians—it should be released during Gay Pride Month—then Tinseltown can be heralded for its courage.

April Wolfe of the Dallas Observer begins her review by saying the country just elected a Nazi. After exposing her political acumen, she  notes that "liberals and people of color" were in the audience previewing the film, and were "eager to be offended." She does not say what they took offense to. The bigotry? The violence? The misogyny?

"I don't pretend to know everything about what hurts marginalized communities," Wolfe says, "but I do know a lot of us are hurting right now. This film is far from perfect, but it made me and some other terribly frightened folks laugh for a while in the dark, and I'll be damned if I'm gonna let some bigots tell us we don't have a sense of humor."

Can anyone top that? I hope these "terribly frightened folks" have a Happy Thanksgiving, but I get the feeling they won't. Their natural step is to bask in cynicism, self-righteousness, and arrogance. Which is why they sulk.