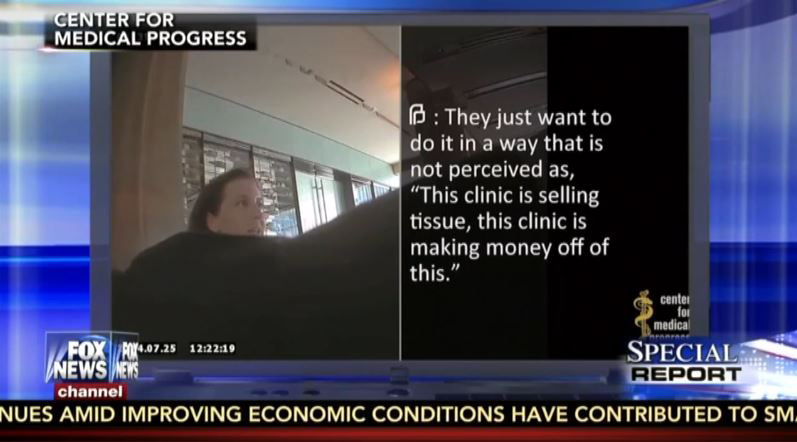 “This is a network media cover-up of a grisly practice the Nazis might support, but virtually all Americans consider worse than barbaric. It is pure evil. How is it not news that a senior executive at Planned Parenthood, an organization that receives millions of taxpayer dollars each year, seems to be violating the law and selling aborted babies' body parts apparently obtained through illegal partial-birth abortions? This practice is as ghoulish as anything Josef Mengele ever did. And this isn’t news?

“ABC and CBS are so outlandishly pro-abortion they passed on the news that a taxpayer-funded entity appears to have been breaking the law and trafficking human body parts. As with the Gosnell nightmare, journalists have refused to cover this story because it upsets the narrative they actively push which is that Planned Parenthood cares about women’s health.

“If ABC and CBS continue to ignore this story, they are accomplices to one of the most gruesome practices the abortion industry has perpetrated to date. Shame on them.”