Katy Conrad is a booker and producer with CBS This Morning, but conservatives quickly made fun of her on Twitter when she mocked Rand Paul's medical opinion, as if he was a doctor. (Oops, he is -- an opthalmologist, to be precise.) Via Nick Dyer: 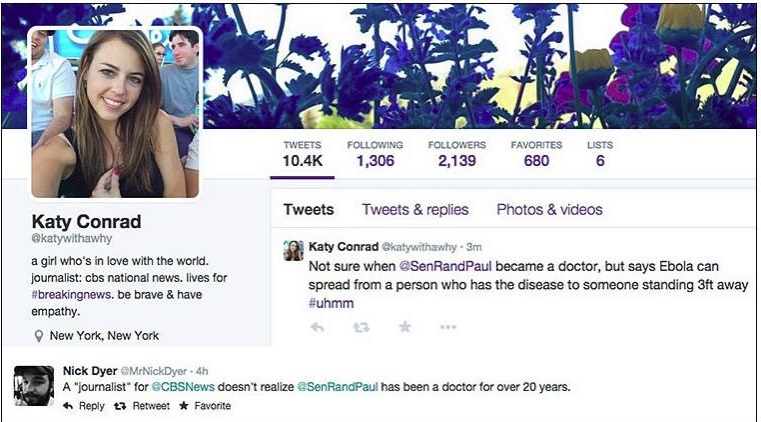 It never hurts to Google search your ridicule targets. "Wait, is Rand Paul actually a doctor?" It might make more sense after you discover Rand Paul's father Ron Paul is also a doctor. It's easy to think tweets are so quick to dash off, and quick to vanish into the Internet ether, who needs research for a tweet? It's tough to get noticed on something so basic, one of the first three or so biographical facts that would come up about Rand Paul.

Conrad then tweeted an apology:

Hi all: clearly a poorly researched tweet, know a lot are fired up & I apologize. Will do better next time. Thx for keeping me honest.