“Interstellar” was a highly anticipated film, and one many liberals outlets expected to be the latest film to portray climate change as the cause of a dying Earth.

Writers at major news outlets like The New York Times and Wall Street Journal, as well as distinctly left-wing websites like Grist, The Huffington Post, and Slate all connected Christopher Nolan’s latest film “Interstellar” to climate change or global warming before or after its release.

But “Interstellar,” which was released in select theaters Nov. 5, and in wide release Nov. 7, turned out not to be sounding an alarm about global warming. That disappointed some climate alarmists. The film made more than $47 million in its opening weekend and was up to nearly $97 million (domestic) by Nov. 16, according to Box Office Mojo. 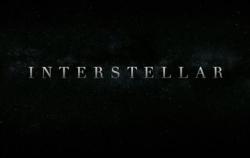 “Interstellar” told the story of a former NASA astronaut named Cooper, played by Matthew McConaughey, who was recruited into a mission to scout for a new planet for humans to live on. Only the potential candidate planets were not found in this solar system or even this galaxy, but were in another galaxy connected to this one by a wormhole. Theoretical physicist Kip Thorne served as an advisor on the film to ensure scientific accuracy, as reported by Yahoo! News on Nov. 10.

Much to the dismay of many eco-lefties, Interstellar” did not promote climate alarmism as they expected and desired. Neither climate change, nor global warming were clearly blamed in the film for the Earth becoming nearly uninhabitable. But that didn’t stop some media outlets from trying to interpret it that way.

You can add The New York Times’ movie listing to the media that didn’t pay complete attention while watching “Interstellar.” The major newspaper wrote on Nov. 6, that “Christopher Nolan filters earthbound anxieties about climate change and human extinction into a big, rousing outer-space adventure.”

2. WSJ Reviewer Claims ‘Dire United Nations report on global warming’ Could Be Promo for the Film

In his Nov. 6, review of the film, Joe Morgenstern of The Wall Street Journal said,“last weekend’s dire United Nations report on global warming could serve as a promo for the film.”

He said that “Connecting Coop so closely with fundamental issues of environment and food is another resonant choice,” although he was critical of many things about the film. But since the movie disappointed environmentalists by not focusing on climate change, Morgenstern’s claim that the U.N. report could serve as a “promo” was quite the stretch.

One writer at The Independent (UK) had trouble separating reality from science fiction when it came to “Interstellar.”

“Although soil degradation is nothing new, Interstellar is proving strangely prescient, as its release coincides with a new UN report showing the trend has reached alarming levels, with 7.7 square miles of agricultural land being lost every day because it has become too salty,”  Tom Bawden wrote on Oct. 31, 2014.

Bawden also claimed, “Interstellar is part of a growing movement in the arts, in which creative people such as poets, playwrights and filmmakers are incorporating climate change and other environmental themes into their work, increasingly with input from scientists.”

Actual measured temperatures were working against climate alarmists though. Satellite data that showed there was no global warming in the last 18 years. That "plateau" of temperatures was evident in the climate record Dr. John Christy of the University of Alabama, Huntsville, and former NASA scientist Roy Spencer compiled using actual raw temperature data collected from 14 instruments aboard various weather satellites.

Ahead of the film’s release, Scott Thill at The Huffington Post labeled “Interstellar” a “cli-fi”(short for climate fiction) film an article about what he called the “cli-fi” genre on Oct. 31, 2014. Thill, who also writes for Wired and Alternet, really wanted “Interstellar” to be a “cli-fi” film.

That was no surprise, since Thill’s climate alarmism has been published at Huffington Post before. On July 6, he declared that “The world needs imminent, massive action, solutions, mobilization and money -- in the right places, on an existential scale -- that has no human precedent” to solve climate change.

In his words, his solution was “as simple as unplugging a global death machine built of resource extraction, lazy hyperconsumption and callous inequality, and instead plugging in one built by renewable energy, downsized living and human community.”

Tamara Lush of the Associated Press (AP) also labeled “Interstellar” a “cli-fi” film on Nov. 7. Lush defined “cli-fi” as a genre that takes the “pomp of doomsday science-fiction flicks and mixing it with the underlying message of environmental awareness.”

Lush called “Interstellar” the “latest example” and said the “film takes place in the near future after Earth has been ravaged by a blight that's left many food sources extinct.” Yet, the blight featured in “Interstellar was not blamed on “climate change” within the movie.

The dictionary also contradicted Lush’s claims. The Oxford Dictionary defined blight as, “A plant disease, especially one caused by fungi such as mildews, rusts, and smuts.”

6. Slate: 'Interstellar' Vague on Cause of Disaster, But ‘Some Suggestion’ Global Warming Is ‘Culprit’

Slate published an article on Nov. 7, 2014 stating that “Interstellar” was “vague about what has rendered the Earth nearly uninhabitable,” but insisted “there is some suggestion that global warming is the culprit.”

Even when one character decried “the excess and wastefulness of the 20th century” in the film, neither climate change, nor global warming were mentioned.

But in Christopher Nolan’s film, the problems were caused by blight and included a Dust Bowl-like scenario as confirmed by film star Jessica Chastain in an interview with Screen Crush on Oct. 26, 2014.

Andrews was disappointed. She admitted in the Nov. 7. 2014, Grist review of “Interstellar,” “I can’t recall a single semi-coherent statement that Rust Cohle: Space Edition made about “climate change” throughout the movie.” (Rust Cohle was a reference to Matthew McConaughey’s character on the HBO series “True Detective.”)

Sam Bliss, another Grist writer who jointly reviewed the film, is a self-described “degrowther.” He was “really digging the first few minutes of the movie, when everyone was focused on fixing Earth by living modestly, not looking to jump ship for another planet to destroy.” But he had to admit that the disasters portrayed in “Interstellar” were never described as “human caused,” saying they were shown as “the typical Republican description of natural climate change.”

This is the same Bliss who previously chronicled a conference held in Leipzig, Germany advocating for degrowth, "a movement that’s all about producing and consuming less for our well-being and the planet’s.” The conference attracted noted best-selling author Naomi Klein, who has said that the US and other first world nations should pay trillions of dollars to address climate change. Advocates of degrowth have said that “developed countries could achieve slower or zero economic growth in a socially sustainable way by reducing work hours.”

Even after the film came out, SETI (Search for Extra Terrestrial Intelligence) astronomer Seth Shostak insisted “Interstellar” was saying that its worldwide disaster was being caused by global warming. He made this case at The Huffington Post Nov. 8, 2014, saying, “the problem is food and dust. Not enough of the first, and too much of the second.” He wrote that "there's ample implication that uncontrolled climate change has turned our planet into a global reprise of the dust bowl.”

The Dust Bowl-like scenario portrayed in the film was caused by farming practices, according to actress Jessica Chastain’s Oct. 26, 2014, interview with Screen Slam. Chastain played a supporting role in “Interstellar.” In real life, The Library of Congress attributed the 1930’s Dust Bowl to “overfarmed and overgrazed land” combined with the drought that began in the Great Plains in 1930.

Bob Hopkins, writing for ClashMusic.com’s film column, described the plot of “Interstellar” on June 11, 2014, saying: “Simply: climate change threatens Earth’s very existence, yet the discovery of a wormhole raises hope that a new, hospitable planet can be discovered.”

Hopkins was one of the people proved wrong once Nolan’s film was released.