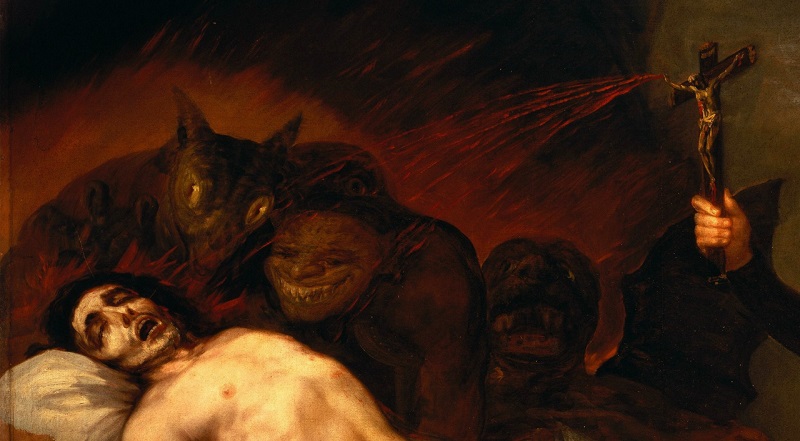 Andrea R. Jain bemoaned how a "growing number of individuals and institutions oppose yoga, and actively encourage fear of it" in a Thursday item on Quartz, an online magazine from the parent company of The Atlantic. Despite passing mentions of opposition from evangelical Christians, such as Southern Baptist leader Albert Mohler, the Indiana University-Perdue University Indianapolis professor devoted the bulk of her attention on high-profile "yogaphobia" in the Catholic Church.

Jain led her article, "Catholic priests are stirring up an epidemic of yogaphobia" (which was promoted on Yahoo!'s main page) by asserting that "we see yoga practically everywhere we turn, from strip-mall yoga studios to advertisements for the Gap. So it seems reasonable to assume that yoga is near-universally accepted, if not practiced." The professor continued with her "actively encourage fear of it" statement, and cited four examples of people who condemn the Hindu exercise:

Yoga is satanic and "leads to evil," warned [Father] Gabriele Amorth, Italian priest and chief exorcist for the Diocese of Rome, reported Vatican Insider in Nov. 2011. Three years later in July 2014, Father Padraig O'Baoill of County Donegal, Ireland, warned his parishioners against "endangering" their souls by practicing yoga, which he called "unsavoury." Other high-profile opponents of yoga in the US include Albert Mohler, president of the Southern Baptist Theological Seminary, and Pat Robertson, television evangelist and founder of the Christian Coalition of America.

The Indiana-based academic then outlined how she defined "yogaphobia" in the Christian world:

It's what I call the Christian yogaphobic position.

The danger of yoga, according to yogaphobics, is its Hindu essence, thought to be incompatible with Christianity...In one of the most high-profile cases of Christian yogaphobia, in Feb. 2013, some parents in Encinitas, California, complained that yoga classes from their kids' public schools were  promoting Hinduism. Supported by the National Center for Law & Policy, an evangelical Christian civil liberties organization, the parents sued their school district for introducing religion into the curriculum. Although the judge ruled in favor of the school district, the fight continues.

Even Pope Francis, idol of the leftist media, has become part of this yogaphobic maelstrom.

At one Jan. 9, 2015 morning mass in the Santa Marta residence in Vatican City, the Pope spoke of that day's gospel reading, and mentioned that only the Holy Spirit could open peoples' hearts and free them to love, no matter how many catechism courses, spirituality courses, zen courses or yoga courses they took.

Jain then gave her left-leaning/pro-yoga spin on the pontiff's words, as she attacked how a "conservative" priest supposedly spun the Pope's words:

It didn't seem like an intentional dig. The Pope had, after all, listed yoga alongside catechism classes and so did not set it apart as a practice that Catholics should avoid altogether, or as something incompatible with Catholic identity. Rather, he seemed to simply suggest the unique importance of a personal relationship with the Holy Spirit. But one conservative immediately spun the Pope's words as another contribution to the growing, global yogaphobia movement.

...Father Roland Colhoun warned that yoga leads to the "Kingdom of Darkness" and draws people toward "Satan and the fallen angels." In a later Feb. 23 interview about his homily...Colhoun misquoted the Pope. "Pope Francis said 'do not seek spiritual answers in yoga classes.'"

Other contemporary high-profile Catholics have identified yoga as self-destructive activity, and associated it with Satan...a 1989 letter from the Congregation for the Doctrine of the Faith (CDF) of the Roman Catholic Church, titled: Letter to the Bishops of the Catholic Church on Some Aspects of Christian Meditation...warns of "dangers and errors" in fusing Christian and non-Christian meditative methods. It was written by Cardinal Joseph Ratzinger, later to be known as Pope Benedict XVI, and approved for publication by then-Pope John Paul II.

Understandably, the CDF wants to prevent Catholics from undermining Church doctrine, but the letter does more—it incites fear, by judging eastern body practices as not just incompatible with Catholic doctrine, but dangerous.

In other words, how care the Catholic Church point out how non-Christian religious practice can be dangerous for the spiritual health of believers!

Near the end of her piece, Jain revealed her own fears about the Christian leaders' warnings about yoga:

...There is no evidence that yoga will make you convert to Hinduism, self-destruct, have a schizophrenic breakdown, or worship Satan.

The more legitimate fear should be that yogaphobia has become so ubiquitous that even otherwise innocuous comments by powerful, high-profile people, such as the Pope, can be co-opted and put in service of a conservative agenda. This can prevent experimentation with widely popularized fitness-oriented yoga, even though there are many evidence-based claims regarding its physical and mental health benefits.

And when powerful, charismatic religious leaders are publicly cited insisting upon apparently irreconcilable differences between them (that is, Hindus) and us (that is, Christians), we can also expect real social consequences.

Does Professor Jain really think that Christians are going to end up persecuting Hindus because of supposed "yogaphobia"?