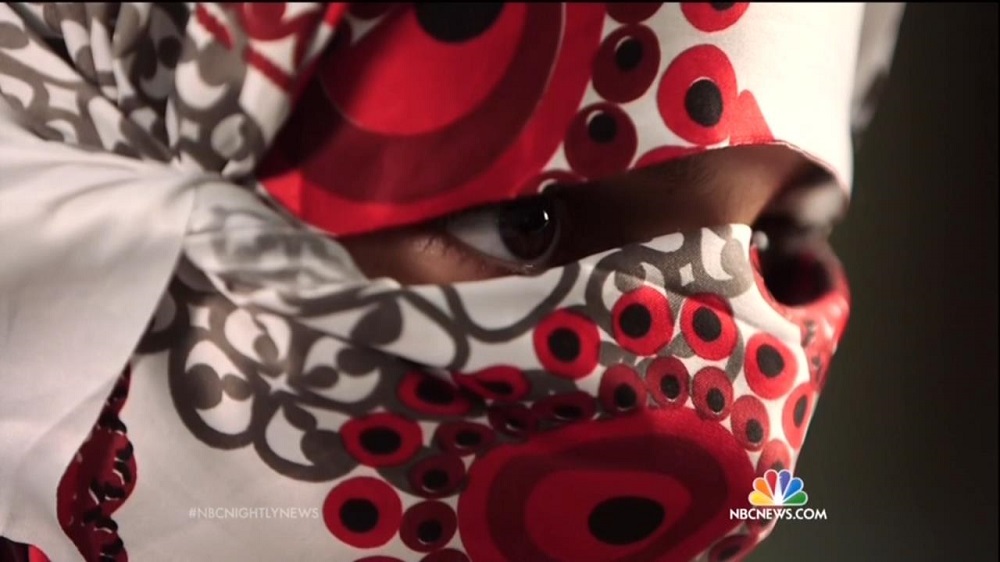 On Friday's NBC Nightly News, Richard Engel zeroed in on an ISIS atrocity that hasn't gotten enough media attention – its sexual enslavement of women from Iraqi minority groups, especially the Yazidis. Engel interviewed two Yazidi women who escaped from their Islamist captors, and spotlighted that "ISIS is reviving the barbaric tradition of the slave trade."

The correspondent later gave a rather blunt description of the group's savagery: "There's a word we don't use a lot in the news media, but it fits here. This is evil. It was absolute evil by design. This was not a war crime that happened by accident. This is ISIS policy." [video below]

Anchor Lester Holt introduced Engel's report by noting that the "men in areas they [ISIS members] overrun are viciously murdered. But the women suffer a fate that's maybe worse than death – sold into slavery, sometimes many times over, to suffer unimaginable brutality. Tonight, two victims who escaped their monstrous captors share their story with us." The NBC journalist interviewed two Yazidi women – one nineteen years old and the other twelve – who were victimized by ISIS's sex slave trade:

RICHARD ENGEL: ...In the refugee camps of northern Iraq, we met survivors of the horror that went on in the village of Kuchu. Its people – seen here in better times – couldn't reach the mountain. So they were still in the village when ISIS arrived.  (clip of woman speaking in foreign language)

'When they took the men, we didn't know how many were going to be killed,' says nineteen-year-old Farida, who didn't want her face to be shown. In fact, ISIS killed almost all of the men. But they had other plans for the women. They were grabbed by the hundreds, and sold off to ISIS fighters as the spoils of war. ISIS is reviving the barbaric tradition of the slave trade – proudly showing its fighters in this ISIS video discussing the Yazidi women they're about to buy.

Hweida is one of those innocents that the ISIS fighter sought out. She's just twelve. She didn't know what rape meant – only that she woke up bleeding. (clip of Hweida speaking in foreign language) 'He was old,' she says about the man who bought her. 'He was fifty.' Somehow, Hweida escaped, but she's so badly traumatized that only now three months later is she able haltingly to even speak again.

She and Farida are being coaxed back by this remarkable woman, Ciman Rashid, from a charity called Wadi. The girls call her mom. Their real mothers are still being held by ISIS. Farida had never seen the video of the ISIS men. (clip of Farida speaking in foreign language) 'I see this,' she says, 'and I think of all the girls they still have because they are doing everything imaginable to them. We just want justice.'

Engel used his surprising "evil" term near the end of the segment, and added that "luckily, these two girls amazingly managed to escape. They both walked away while their captors weren't looking. They had to walk for hours – knocking on doors until they found people who were willing to bring them to a safe place. Now, they are in a safe place here in northern Iraq, and they're getting help."

NBC Nightly News previously reported about the plight of the Yazidis during an August 15, 2014 report (the same evening, ABC and CBS ignored the story, and focused on a Downton Abbey gaffe). Several media outlets later reported in November 2014 about the prices that ISIS were asking for the minority women.