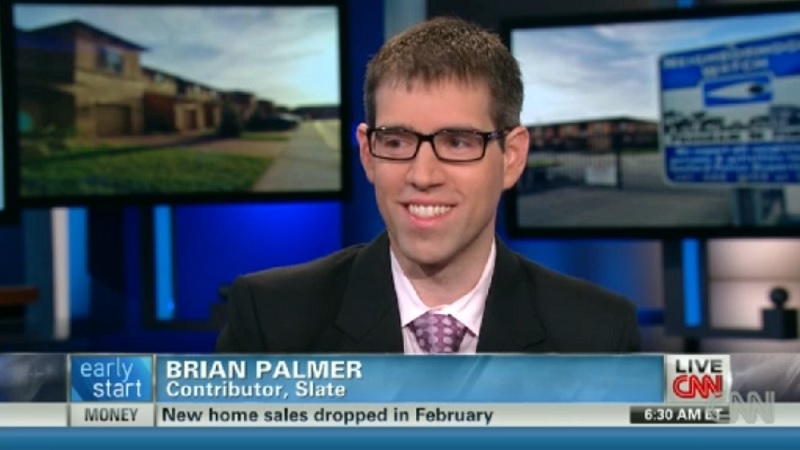 Brian Palmer revealed what many secularists feel about Christian missionaries in Africa in a Thursday piece on Slate, especially the role on the front lines of the ongoing fight against Ebola. Palmer acknowledged how "missionary doctors and nurses...have undertaken long-term commitments to address the health problems of poor Africans," but added that "for secular Americans...it may be difficult to shake a bit of discomfort with the situation....It's great that these people are doing God's work, but do they have to talk about Him so much?"

The writer later hyped that "some missionaries are incapable of separating their religious work from their medical work. Whether implicitly or explicitly, some missionaries pressure their patients, at moments of maximum vulnerability and desperation, to convert." He admitted, "That troubles me. I suspect that many others have the same visceral discomfort with the mingling of religion and health care."

Palmer, who also contributes to the left-wing Natural Resources Defense Council's On Earth publication, led his piece, "In Medicine We Trust" (which carried the subtitle, "Should we worry that so many of the doctors treating Ebola in Africa are missionaries?") by noting how a doctor boasted about the role of Doctors Without Borders at a recent infectious diseases seminar in Austria. He deduced that this claim was "probably intended as a jibe at the World Health Organization and the U.S. Centers for Disease Control and Prevention, but it slighted another group by omission: missionaries."

The atheist environmental writer continued with his acknowledgment about the "long-term commitments" of missionaries in Africa and the first expression of his "discomfort" over their religiosity. Palmer pointed out that "missionaries have been dealing with this kind of criticism for a very, very long time," and cited a century-old apologetic which made "reasonably persuasive" arguments in defense of Christian missionary work:

...[E]xperienced missionary James Levi Barton penned a book-length defense of his career....No one complains when the West crams its commercial values down the throats of Africans, Indians, and Chinese, he pointed out in 1908. We insist that these unfortunate, uncivilized people buy our wheat flour and bicycles, even though rice and rickshaws are probably just as good. How is that different from what missionaries do? They simply offer Christianity rather than consumerism.

There's one other big difference between missionaries and Western merchants: The missionaries don't profit personally from their work. They are compensated very poorly, if at all. Many risk their lives. How many people would risk death to spread the gospel of Western consumer goods gratis?

Palmer then spotlighted how two right-leaning commentators – Donald Trump and Ann Coulter – ripped Dr. Kent Brantly and Nancy Writebol, who were both infected with Ebola as they treated patients in west Africa, and used that as a jumping-off point to return to his "discomfort" with the role of missionaries in the crisis: "Obviously, Trump and Coulter don't speak for the majority of Americans....Still, a fair number of Americans were thinking a much milder, less offensive form of what those two shock merchants wrote. I'll hold my own hand up. I still don't feel good about missionary medicine, even though I can't fully articulate why."

There are a few legitimate reasons to question the missionary model, starting with the troubling lack of data in missionary medicine....few organizations produce the kind of rigorous, peer-reviewed data that is required in the age of evidence-based medicine. A few years ago in the Lancet, Samuel Loewenberg wrote that there is "no way to calculate the number of missionaries currently operating in Tanzania," the country he was reporting on. How can we know if they're effective, or how to improve the health care systems they participate in, if we don't even know how many missionary doctors there are?

There are serious questions about the quality of care provided by religious organizations in Africa. A 2008 report by the African Religious Heath Assets Programme concluded that faith-based facilities were "often severely understaffed and many health workers were under-qualified."...

There is also a troubling lack of oversight....We don't know whether missionary doctors are following international standards of care. (I've heard murmurs among career international health specialists that missionaries may be less likely to wear appropriate protective equipment, which is especially troubling in the context of the Ebola outbreak.)....We don't know how many missionaries are helping to train new doctors and nurses in the countries where they work—the current emphasis of international health delivery.

It's galling, to say the least that two paragraphs after bemoaning that faith-based groups don't "produce the kind of rigorous, peer-reviewed data" that Palmer would forward what essentially are rumors about missionaries being "less likely to wear appropriate protective equipment." Also, in the case of Dr. Brantly (not to mention other Western-educated doctors), isn't he implicitly questioning the quality of his education at the Indiana University School of Medicine when he raised the "quality of care" and "standards of care" issues?

Near the end of his article, the secularist author fleshed out his "discomfort" with Christians' missionary work, though it is clear that he feels a bit guilty about his prejudice:

...[T]ruth be told, these valid critiques don't fully explain my discomfort with missionary medicine. If we had thousands of secular doctors doing exactly the same work, I would probably excuse most of these flaws. "They're doing work no one else will," I would say. "You can't expect perfection."

I'm not altogether proud of this bias—I'm just trying to be honest...Lowenberg quotes a missionary who insists he does not proselytize, even though he tells his patients, "I'm treating you because of what God has given me and his love for me." That statement—which strikes me as obvious proselytizing— suggests that some missionaries are incapable of separating their religious work from their medical work. Whether implicitly or explicitly, some missionaries pressure their patients, at moments of maximum vulnerability and desperation, to convert. That troubles me. I suspect that many others have the same visceral discomfort with the mingling of religion and health care.

However, Palmer pushes past his bias and concedes that the medical work of missionaries is invaluable:

Like it or not, though, we are deeply reliant on missionary doctors and nurses....We have a choice: Swallow our objections and support these facilities, spend vast sums of money to build up Africa's secular health care capacity immediately, or watch the continent drown in Ebola, HIV, and countless other disease outbreaks.

As an atheist, I try to make choices based on evidence and reason. So until we're finally ready to invest heavily in secular medicine for Africa, I suggest we stand aside and let God do His work.