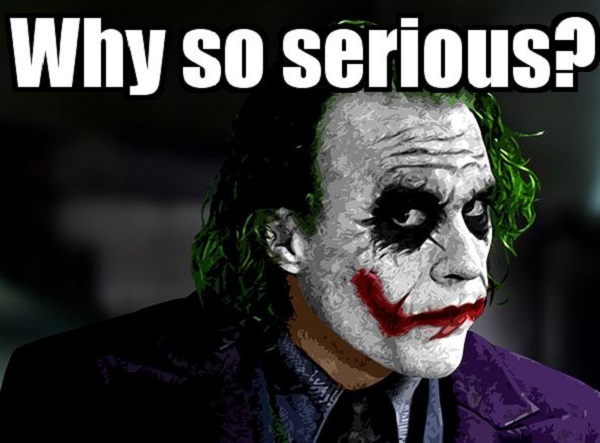 Lauren Tuck unleashed against superhero-themed T-shirts that are supposedly "displaying blatantly sexist messages" in a Wednesday post in Yahoo's Style section. Tuck cited a blogger who ranted against one such shirt at Walmart that features the slogan, "Training to be Batman's Wife." The writer not only targeted "chauvinistic apparel" involving DC Comics characters, but also two shirts related to Marvel Comics' "The Avengers" series.

The Yahoo! Style assistant editor led her item, "Sexist Superhero T-Shirts Cause Controvery," by spotlighting how "this week, Thor, one of Marvel's principal characters, became a woman. But while one aspect of the superhero universe is becoming more diverse, another is causing controversy." She continued with her "blatantly sexist messages" line, and noted that the shirts are apparently "sparking indignation across social media platforms."

Tuck first zeroed in on "Training to be Batman's Wife" T-shirt, and pointed out that "blogger PJ Curtis discovered [the] t-shirt in the junior's section of Walmart...'The idea that you should settle for being married to or sleeping with someone awesome instead of being the awesome person is insulting,' she wrote on her blog PJ Says. 'This just happens to be aimed at a young girl. I resent the idea that she should "train" to be so Batman's wife.'"

However, the Yahoo writer cherry-picked the parts of Curtis's post that supported her charge of sexism. In reality, the blogger's profanity-laced diatribe centered on her assertion that Batman would never marry, given his back story. She actually continued her "resent the idea" thought by hoping that a girl who might wear the T-shirt would "rather...train to be the Joker, Penguin, or Catwoman. At least she'd be doing her own thing."

The Yahoo! writer then highlighted a second T-shirt with Superman and Wonder Woman on it that is certainly risque, to say the least: "Another tee from DC Entertainment, which was spotted by Tumblr user DC Women Kicking Ass, shows Superman holding Wonder Woman in his arms with the caption, 'Score! Superman does it again!'" Before moving on to her examples of Marvel Comics' "chauvinistic apparel, " Tuck hyped a separate big-box chain's "sexist" children's apparel:

Similarly, at a Target store in Canada, a shopper spotted a pair of onesies that have received backlash on social media. The outfit reads: "Future Man of Steel," while the girl's option states: "I Only Date Heroes." University of Waterloo psychology professor Christine Logel first noticed the set and took a picture. When the image made its way to Twitter, it quickly went viral. Logel, who has two daughters, ages 3 and 8, said in an interview with CTV, "My heart really sank. I’m tired of seeing these messages everywhere."

DC isn't alone when it comes to producing chauvinistic apparel. Last year, an "Avengers" shirt for boys declared, "Be A Hero," while the shirt for girls said, "I Need A Hero."...In response to the controversies, DC Comics released a statement agreeing with the fact that the tees are offensive. "DC Comics is home to many of the greatest male and female Super Heroes in the world. All our fans are incredibly important to us, and we understand that the messages on certain t-shirts are offensive. We agree. Our company is committed to empowering boys and girls, men and women, through our characters and stories."

The far left has been on the warpath against supposed racism and sexism in geek pop culture in recent months. Back in April 2014, Salon.com bemoaned how the movie depictions of Spider-Man and other superheroes are all "straight, white men," and hoped that the blockbuster films would soon tout the "reasonably progressive and diverse representation of real-life America" in present-day comic books. Six months earlier, the left-wing website granted a former Occupy Wall Street protester a platform to condemn the "deep problematic" handling of "class, race, gender and animal rights" in the classic Nintendo video game "The Legend of Zelda: Ocarina of Time." Salon also lamented the lack of homosexual Disney characters in June 2013 article.