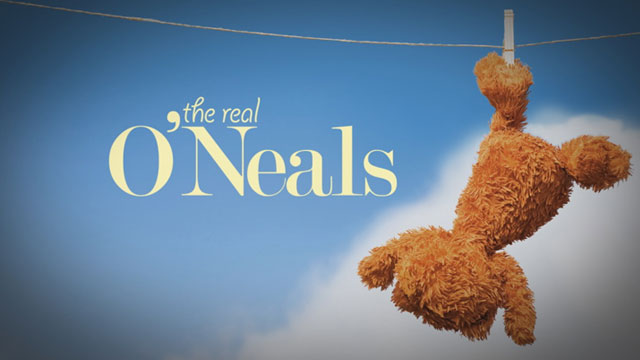 Well, anything remotely having to do with sex columnist and pro-gay bully Dan Savage would have to be bad, and the just-released trailer for The Real O’Neals confirms it.

“The O’Neals are your typical Irish Catholic family,” the voiceover begins. Which of course means the daughter pockets what she collects for church charities, Mom and Dad are divorcing, the family priest's vow of poverty doesn't apply to his Lexus, and the main character, a teenage son, is gay and struggling to come out of the closet.

Supposedly based on Savage’s early life, The Real O’Neals is all pretty standard religious-people-are-hypocrites lefty stuff. There are shots at Catholic theology and iconography (“I can’t come out. Have you ever met my mom? She put a statue of the Virgin Mary over the toilet so we’d remember to put the seat down.”) and lots of talk about vaginas and condoms. And it appears the whole plot comes to a very public boil at the parish bingo night.

Frankly, there’s nothing new and it doesn’t look very funny, so ABC’s determination to go ahead with developing the show in the face of protest from the MRC and a host of religious groups and leaders looks like a cultural thumb in the eye.

Savage is a hateful anti-Christian bigot who publishes filth under the guise of “sex advice.”  Some of his greatest hits: In March Savage invited Dr. Ben Carson to “Suck my dick.” Last January, he suggested the Christian parents whose transgender teen committed suicide be charged with murder, tweeting “an example needs 2 be made.” He’s hoped Sarah Palin gets cancer, and marked the retirement of Pope Benedict’s retirement by headlining his column: “That Motherfucking Power-Hungry, Self-Aggrandized Bigot In the Stupid Fucking Hat Announces His Retirement.”

Most infamously, because Savage didn’t like something Sen. Rick Santorum said about homosexuality back in 2003, he “Google-Bombed” the senator’s name in the vilest possible way.

When ABC announced it had ordered a pilot, the MRC and other conservative and religious groups wrote to Ben Sherwood, president of Disney/ABC Television Group demanding the network pull the plug on the show (and received no response), and launched an online petition to pressure ABC to cancel The Real O'Neals.