As Americans and people throughout the world continue to debate gay marriage, the nation’s fast food leader, McDonald’s, has evidently decided to take sides and wholeheartedly endorse the gay lifestyle in a commercial launched on the other side of the world - in Taiwan.

The new McDonald’s ad shows what initially appears to be a tense conversation after a son hands his father a McCafé cup with a note that reads “I like boys.” The father proceeds to walk away from the table, but then comes back to write on the same cup his response: “I accept that you like boys.” 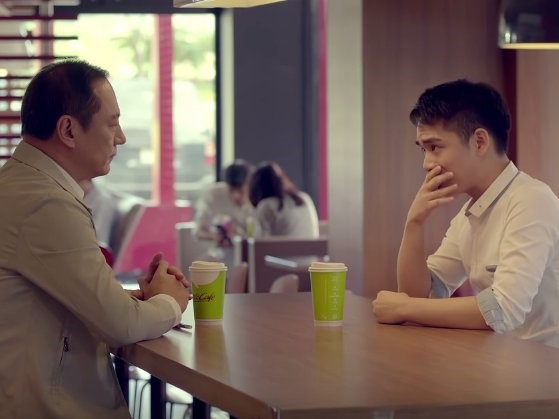 The ad received a “I’m lovin’ it” rave review from Fusion  national affairs correspondent Jorge Rivas, a same-sex marriage activist and outspoken advocate with a history of biased, one-sided reporting favoring the socially liberal point of view on the subject.

For the record, same sex marriage is still being debated at the national level in Taiwan. Nonetheless, McDonalds seems to have decided to take its brand of  “cultural imperialism” to a whole new level, and is applauded for it by Univision’s sister English-language network.

However, the fast food giant’s new advertising campaign has not been met without opposition. Several religious organizations in Taiwan have proposed boycotts of the company, going as far as calling out McDonald’s for “openly promoting gay issues.”

It’s probably only a matter of time before McDonald’s beta-test in Taiwan will make an appearance in the United States market. They're betting that you’ll buy their message, along with their Big Mac Value Meal.