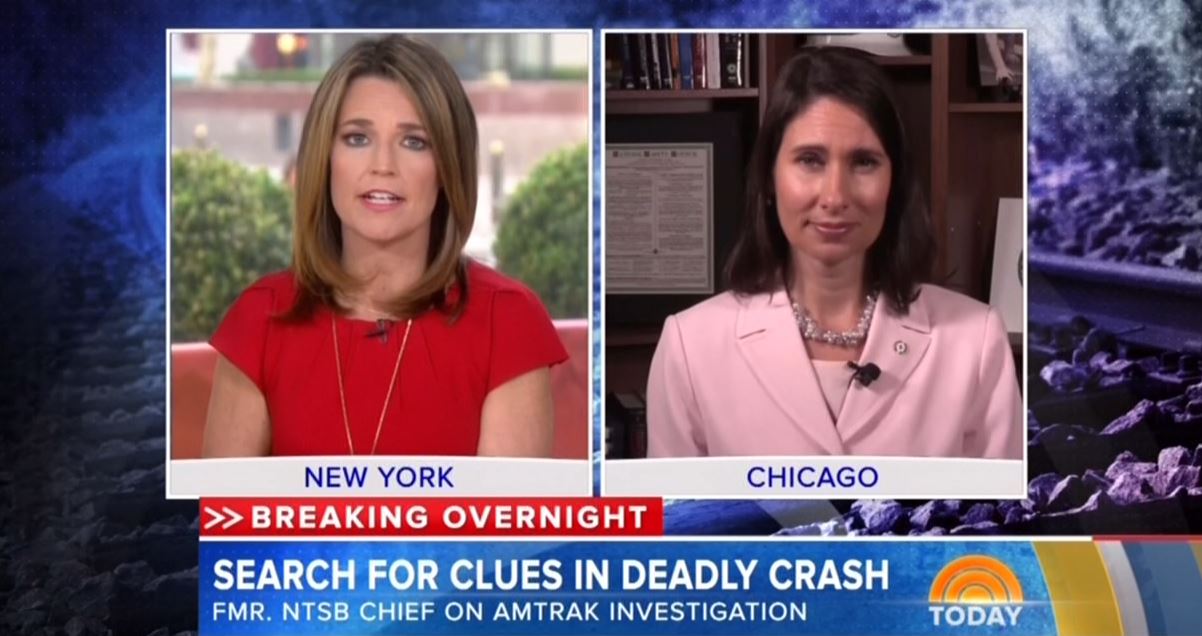 Without any evidence of what caused the crash of an Amtrak train in Philadelphia Tuesday night, all three network morning shows on Wednesday had no hesitation in suggesting a lack of government infrastructure spending was to blame.

On NBC's Today, co-host Savannah Guthrie teed up former National Transportation Safety Board chairwoman Deborah Hersman: "And another issue people have raised is that because this is such a heavily traveled section of track that there are also infrastructure issues....Is this something else that investigators will look hard at?"

Hersman replied: "You know, infrastructure investment is a huge challenge in this country. Whether we're talking about our highways, our railroads, or even our airports. It requires a great deal of capital to maintain everything in good working order and you better believe they will be looking at that."

Talking to Hersman on ABC's Good Morning America, co-host George Stephanopoulos noted: "...there has been some concern about these tracks needing a lot of repairs." Hersman used the same talking point: "You know, I will tell you our infrastructure, when it comes to transportation, is critical. Whether it's highways or rails or our airports, we have to invest in our infrastructure to make sure that it's in good repair and that it's gonna to last us."

Hersman also appeared on CBS This Morning, but was not asked about Amtrak's infrastructure. However, minutes later co-host Norah O'Donnell raised the issue while reporting from the crash scene: "You know, and this also comes at a time that Amtrak itself has been pushing for hundreds of millions of dollars in federal money to upgrade the railway system. So I think that's going to be a part of the debate, too, about what happened here and what can be done in the future to prevent another type of disaster."

At the top of the 8 a.m. ET hour, fellow co-host Gayle King asked Republican Congressman Jeff Dunham about legislation to provide more federal funding: "You recently introduced a bill on passenger rail reform. Where does that stand and does that address safety?"

Denham acknowledged that the bill "doesn't address safety" but still pushed the measure: "I think the main thing that it will help on the northeast corridor is actually keep those profits on the corridor so that they can reinvest in their infrastructure and be able to improve the track and improve the ride and hopefully improve the ridership."