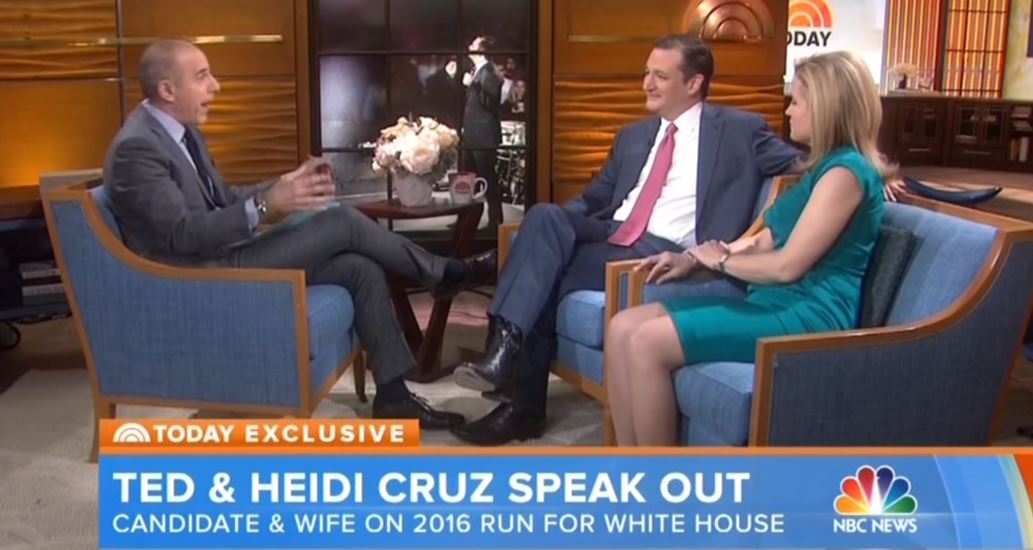 In interviews with all three broadcast networks on Tuesday, newly-announced Republican presidential candidate Ted Cruz was pressed on whether he would abandon his conservative principles in a White House run.

On NBC's Today, co-host Matt Lauer interrogated the Texas Senator: "Senator, you're a guy who's known for taking on your own party....You've also led your party into some fights that backfired, the defunding of ObamaCare comes to mind. So you have detractors, not only across the aisle, but within your own party. How can you win the nomination unless you build a much broader coalition than the one you already have?"

Cruz began to answer: "Listen, I think you're exactly right that we need to build a broad coalition, we need to bring together the old Reagan coalition of conservatives and evangelicals and libertarians and Republican women and young people..." Lauer interjected: "And moderates?"

Cruz replied: "Well, look, absolutely. We welcome a broad tent and a broad coalition. Now what I'm trying to do is stand for principle....I think people can respect that even if they don't necessarily agree on everything."

Lauer fretted: "But you know your reputation. In your short time in the Senate you've developed a reputation as a guy who does not back down, who will not compromise....Will you bring that brand of no-compromise to the White House if you're elected?" 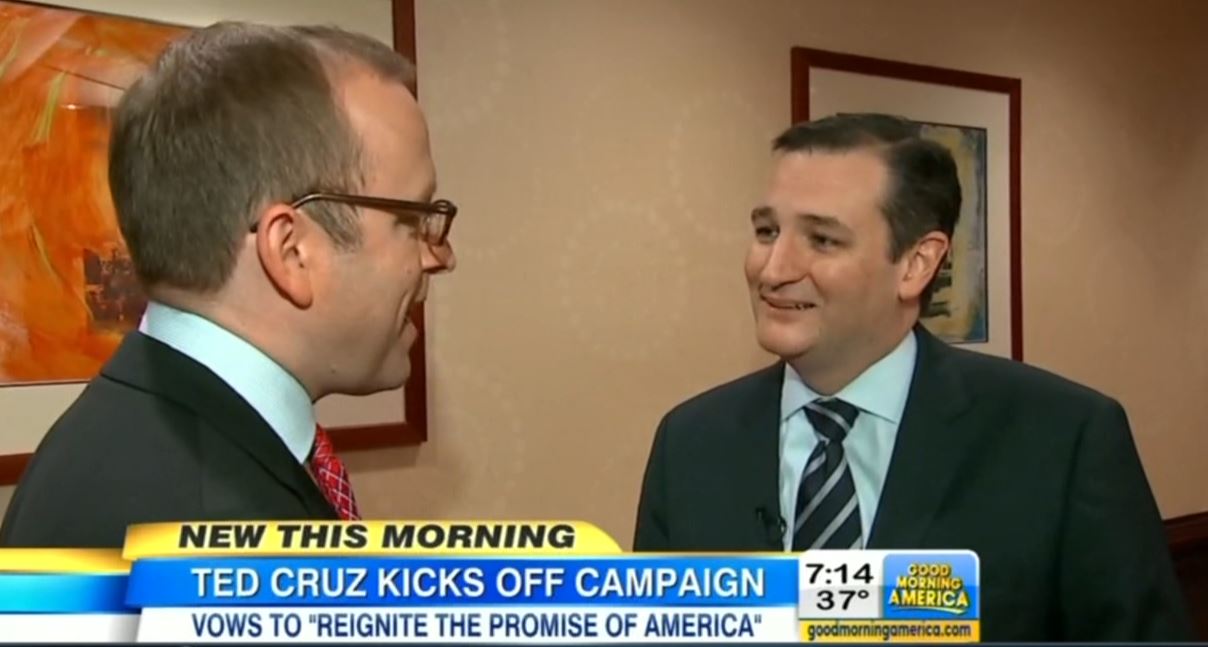 Introducing a taped exchange with Cruz on ABC's Good Morning America, White House correspondent Jon Karl noted: "In our interview, Cruz said he would appeal beyond the right wing." Like Lauer, Karl urged Cruz to back off his conservative views: "How are you with that hardline conservative message going to appeal to moderates and independents? Nobody gets elected without appealing to them."

Cruz countered: "You know Jon, it's a funny thing when you work in the media that somehow you think it is a hardline to present a positive optimistic vision. My speech today talked about imagining an America that gets back to the free market principles and the constitutional liberties this country was built on." 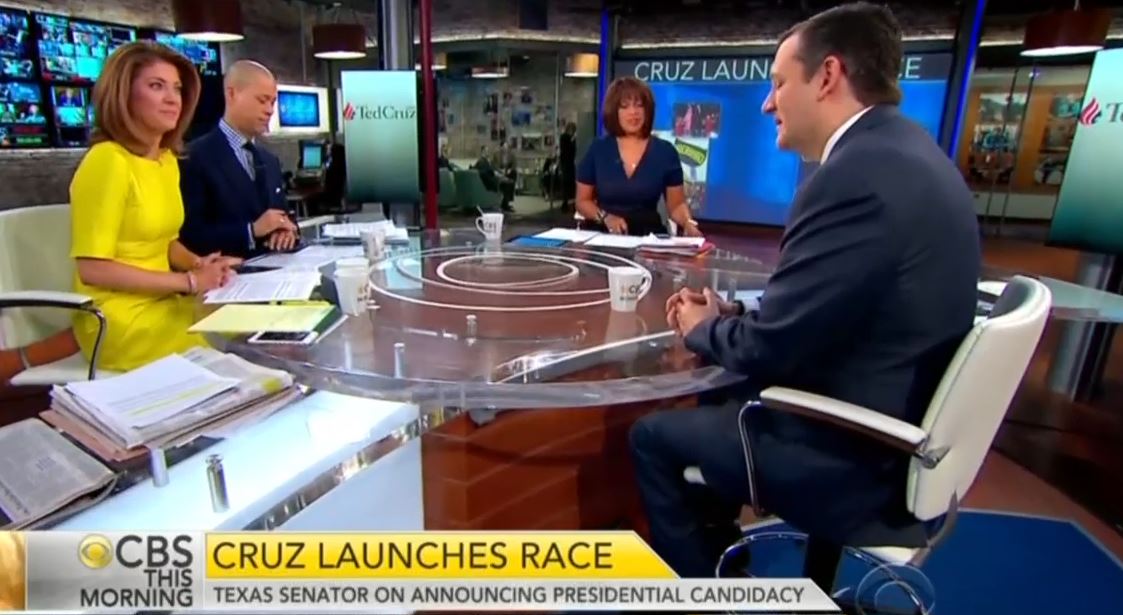 Cruz responded: "My plan is to speak the truth and to defend common sense conservative values. I think millions of Americans recognize the path we are on it isn't working and they are looking for a change that they want to get back to the free market principles and the constitutional liberties the country was built on."

Unlike her NBC and ABC colleagues, O'Donnell didn't portray Cruz's conservatism as a liability: "That's such an interesting response because your supporters would say, 'Ted Cruz should come here and say yes he's going to be the most conservative candidate in the field. That's why I like him.'"

Cruz observed: "Look, I think part of it is the basic values of this country are common sense conservative values. Live within your means. Don't bankrupt your kids and grandkids. Follow the Constitution. I mean, it's only in Washington that those are viewed as radical or extreme propositions."

Fill-in co-host Vladimir Duthiers chimed in by worrying about Cruz's plan to repeal ObamaCare: "Senator, you say that if you are elected you would repeal the Affordable Care Act, but since it has passed 16 million people have become insured. So, would you take that away from them?"

Cruz dismantled the premise of the question:

Well, you know, those numbers don't tell the whole picture. For one thing, the bulk of those numbers are coming from expanded Medicaid. And Medicaid is a program where a lot of the people on Medicaid are not getting health care. Medicaid is a system already overburdened and more and more people are just getting waiting list and not actually getting health care. Beyond that, remember 6 million people had their health insurance cancelled because of ObamaCare. You are not doing someone a favor if you cancel the health insurance they like and then force them to buy new health insurance at higher premiums that covers less. And I can tell you people are frustrated. You know, five years ago maybe good faith reasonable minds could have differed on whether ObamaCare might have worked. At this point it is the single largest job killer in this country.