NYT Warns of the 'Other Terror Threat’-- From the 'Right-Wing' 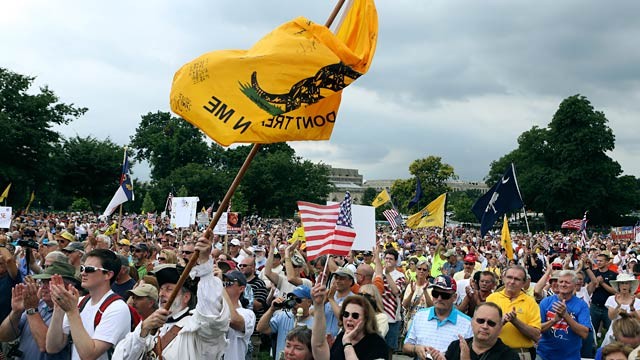 “Headlines can mislead,” UNC sociology professor Charles Kurzman and Duke University expert on terrorism David Schanze warned In Tuesday’s New York Times. Yes, and the Times should keep that in mind. Their op-ed entitled, “The Other Terror Threat” warned that Americans shouldn’t be afraid of radical Muslims, but should be afraid instead of “the main terrorist threat” –  “right-wing extremists.”

The op-ed offers similar claims to those made by CNN’s Peter Bergen at least twice before, and relies on misleading even false examples to make the point that right-wing activists are committing the most violent acts of terror around the United States, not Islamists.

First, the article relies heavily on distinguishing between terrorist threats within the United States from native or naturalized citizens, and terrorist acts committed by outside agents. In essence, readers are supposed to forget people like the 9-11 hijackers, the shoe bomber, the underwear bomber, the would-be Times Square bomber, et al. But that’s a distinction without a difference in the age of social media and other Web-based communications. Even Kurzman and Schanzer note “the small but steady stream of American Muslims, radicalized by overseas extremists, are engaging in violence here in the United States.”

And they give no reason why a pressure cooker bomb set off by a Saudi here on a student visa is any less deadly than one detonated by someone he radicalized at a local mosque. ‘

But that’s not their point. They just want to remind New York Times readers that the hinterland is full of bitter-clinger types in camo with bunkers full of survivalist food.

Just like CNN’s Bergen, Kurzman and Schanzer use bad examples to make their case. They cite a couple in Nevada who shot two police officers, as “anti-government militants.” They describe how the shooters put a ‘Don’t tread on me’ flag on their victim’s bodies. With this limited description, readers are supposed to think the couple were radical Tea-Partiers.

That couldn’t be further from the truth. The ‘Don’t tread on me’ flags were not just used by Tea-Partiers. They were also a popular flag with Occupy Wall Street protesters. And while the media gladly reported that the two had been part of the anti-government protest at the Cliven Bundy Ranch, it turns out they were kicked out of the demonstration for being too radical and not aligning with the mission of the protesters there.

Furthermore, it was subsequently reported that the couple was involved with the very left-wing Occupy Wall Street movement. CBS reported that they had attended the “Million Mask March” the November before, a gathering of Occupy protesters, anarchists and hacktivists. Noting all that, however, would have forced Kurzman and Schanzer neglected to call the killers what they were: “left-wing extremists.”

The article also cited the George-Soros funded New America Foundation, as their list of consultants for the findings. Bergen’s reports also cited NAF’s findings, which used inconsistent and absurd presumptions on what makes a person “right-wing.” For example, the New America study lists clear examples of domestic violence as cases of “right-wing terrorism” because of fragmentary details of hearsay.