NARAL President: Abortion Is a Foundational Right 'Upon Which Everything Else is Built' 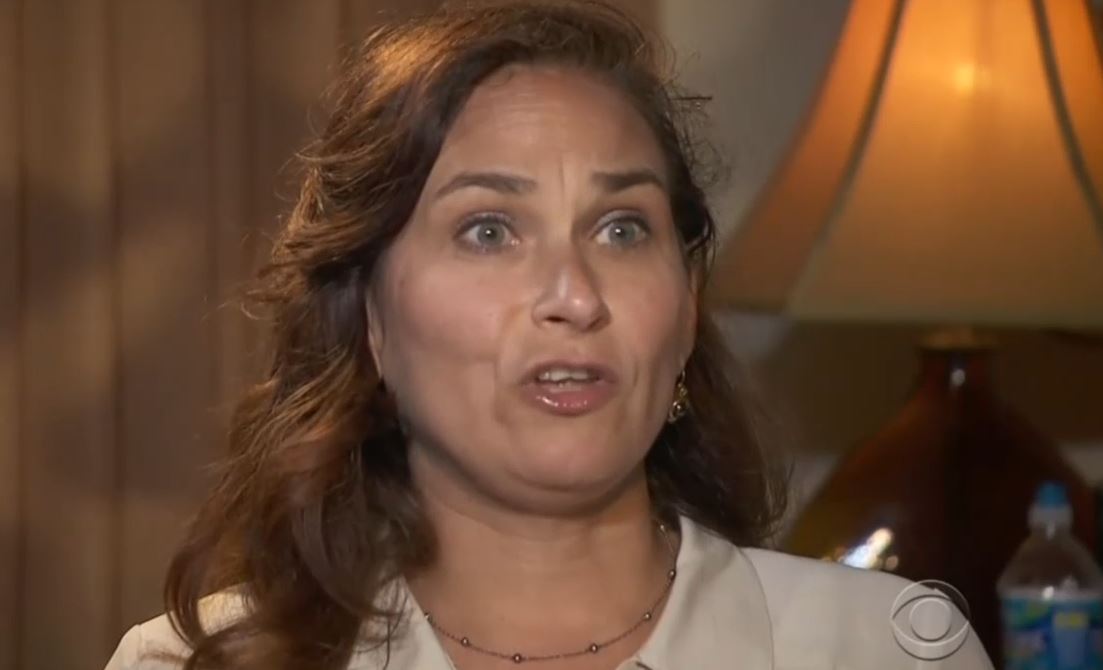 Want to frame one the most nihilistic and anti-religious political stances into a pro-family and relatable one? No problem,The Washington Post has you covered.

On the front page of Monday's “Style” section, reporter Ellen McCarthy gave a glowing profile of NARAL President Ilyse Hogue. McCarthy presented Hogue as a relatable, working and expecting (36 weeks pregnant) mother. She opened with Hogue’s “swollen ankles and sleepless nights” and hammered home that Hogue was not the typical type to take on leadership at NARAL, one of the most vocal and extreme pro-abortion groups in the country.

To do that of course, McCarthy had to present Hogue as politically moderate – conveniently glossing over her extensive work in left-wing advocacy.

McCarthy framed Hogue as a newcomer to the political scene, who hadn’t been “a card-carrying member of any feminist organizations,” and for whom abortion “hadn’t become one of her central issues,” but "threw her hat into the ring" when NARAL called. Hogue describes her response:

“When NARAL called and asked me to throw my hat in the ring, it was a little bit like, ‘Do you have the right number?’”

Hogue is no less radical than her predecessor, Nancy Keenan, though that's how the Post presents her. Hogue has an extensive background in left-wing advocacy groups, and held senior positions at Move On.Org, and Media Matters. Not to mention that Hogue’s currently a contributor to the ultra-left-wing site, The Nation.

Painting a veteran of some of the more asinine left-wing outfits into a reasonable centrist is a fool’s errand, but McCarthy did her best by demonizing pro-lifers as “antiabortion advocates” who apparently have a real problem with Hogue being pregnant (one allegedly asked if Hogue's baby “was real”.) And McCarthy couldn’t resist offering more NARAL talking points from Hogue’s associate Rene Redwood:

“The majority of abortions are opted for by women who have children already. It says that it’s a family issue. Her being pregnant with twins and still being quite vocal up until when she gives birth — it’s the reality of many American homes.” (emphasis added) 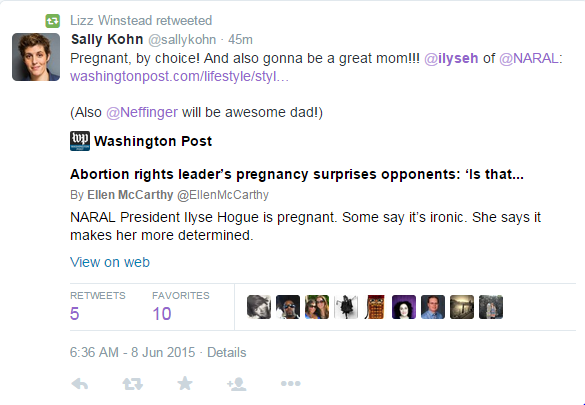 McCarthy, of course, didn’t blink at the bizarre notion that abortion was a family decision, like buying a second car. Nor did she balk when Hogue called abortion “a foundational issue upon which everything else is built.” Really. Hard to believe this country got by for nearly 200 years without guaranteeing the legal “right” to kill unborn children.

But it’s too much to expect the Post to scrutinize the statements of the lefties they adore. McCarthy’s puff piece even included a mention of the stupid abortion comments made by conservative candidates Todd Akin and Richard Mourdock in 2012 – just in case readers forgot who the enemy is.