It’s not just Groundhog Day. In Texas, Gov. Greg Abbott declared Friday that Feb. 2 would be “Chris Kyle Day” in honor of the war hero and Texan whose life story was told in the film “American Sniper.”

Of course, to a lot of liberals, it really, emphatically is Groundhog Day (and not just because leftist New York Mayor Bill De Blasio has a confirmed groundhog kill.) To them, America is always wrong, our military is always composed of psychos, idiots or victims, and the idea of heroism always makes them uncomfortable.

Exaggeration? Judge for yourself. In honor of Chris Kyle Day, here are the seven worst attacks on Kyle and “American Sniper” from Hollywood and at MSNBC elitists – people with their heads permanently in the groundhog hole.

Radical leftist director Michael Moore predictably bashed the film on Twitter saying snipers were “cowards” who would “shoot you in the back.” 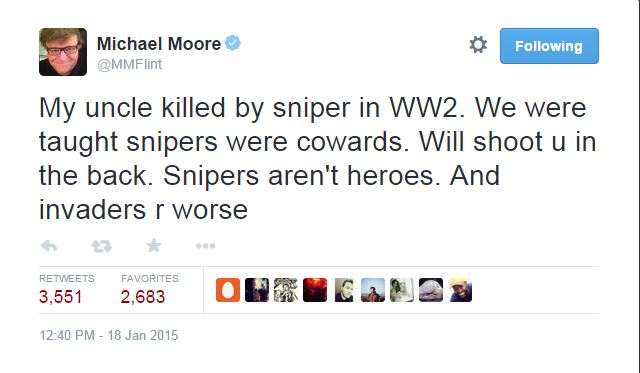 But that’s not all. Jesus was anti-war, according to Moore, so he’s also against snipers. 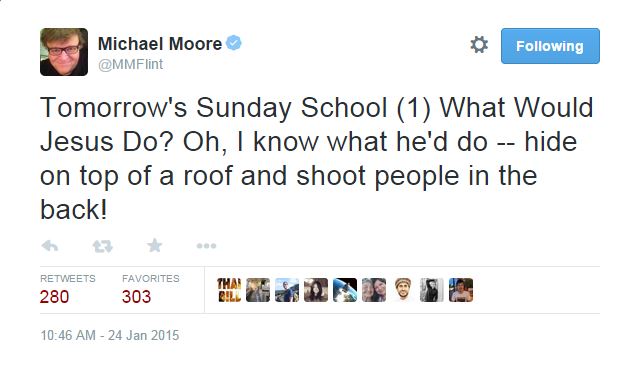 2. Kyle was a Mass-Murderer

Sheldon Richman, VP of the Future of Freedom Foundation actually compared Kyle to Sandy Hook shooter Adam Lanza: (H/T: Twitchy). Because a mad-man gunning down children at an elementary school is EXACTLY like a well-trained soldier killing terrorists in Iraq. 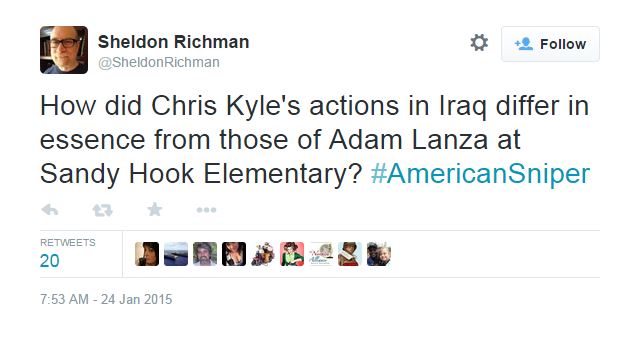 NBC Foreign Corresponent Ayman Mohyeldin on MSNBC’s “Morning Joe” segment Jan. 29 calledChris Kyle a “racist” who went on “killing sprees.”  The former Al-Jazeera journalist has a history of sympathetic reporting towards Hamas and radical Islam. The Free Beacon put together a supercut of his worst moments.

Bill Maher called Kyle a “psychopath patriot” on his HBO show Jan. 23, along with our soldiers whom he denigrated as the “American ISIS.”

During the same Maher show, former DNC Chairman Howard Dean stated, "There's a lot of anger in this country. And the people who go see this movie are people who are very angry. This guy basically says, 'I'm going to fight on your side.' They bite for it." Later, Dean apologized to veterans but added, “I make no apologies to all of the right-wing nut-jobs that have been twittering me in nasty language.” 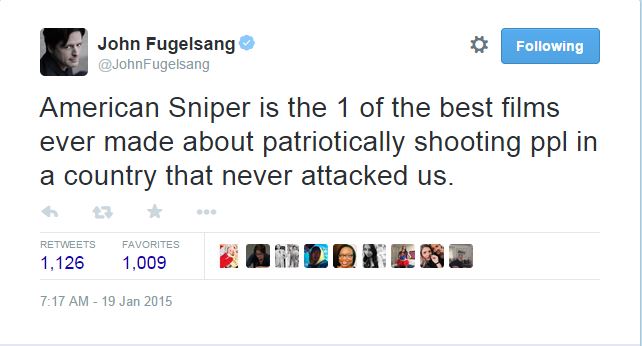 7. “American Sniper” is similar to a Nazi propaganda film

Hollywood actor Seth Rogen received a lot of anger on Twitter for comparing American Sniper to a fake Nazi propaganda film at the end of the Quentin Tarantino film “Inglorious Basterds.” 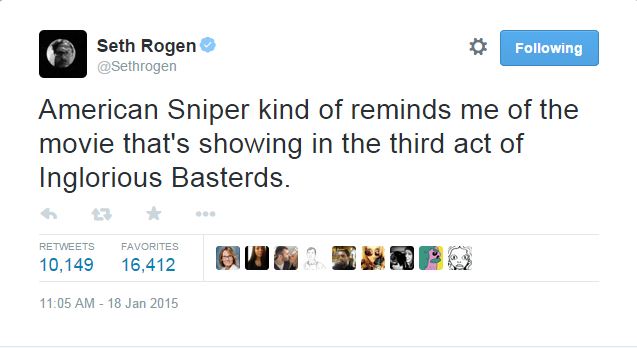 While Moore, Rogen and Dean attempted to “clarify” their incendiary tweets, no one was buying it.

The liberal critics of the film don’t appear to have any sway over audiences though. If anything the critics have made more people interested in the film, which currently has an 88% approval rating from audiences on Rotten Tomatoes and made $105 million on opening weekend alone.