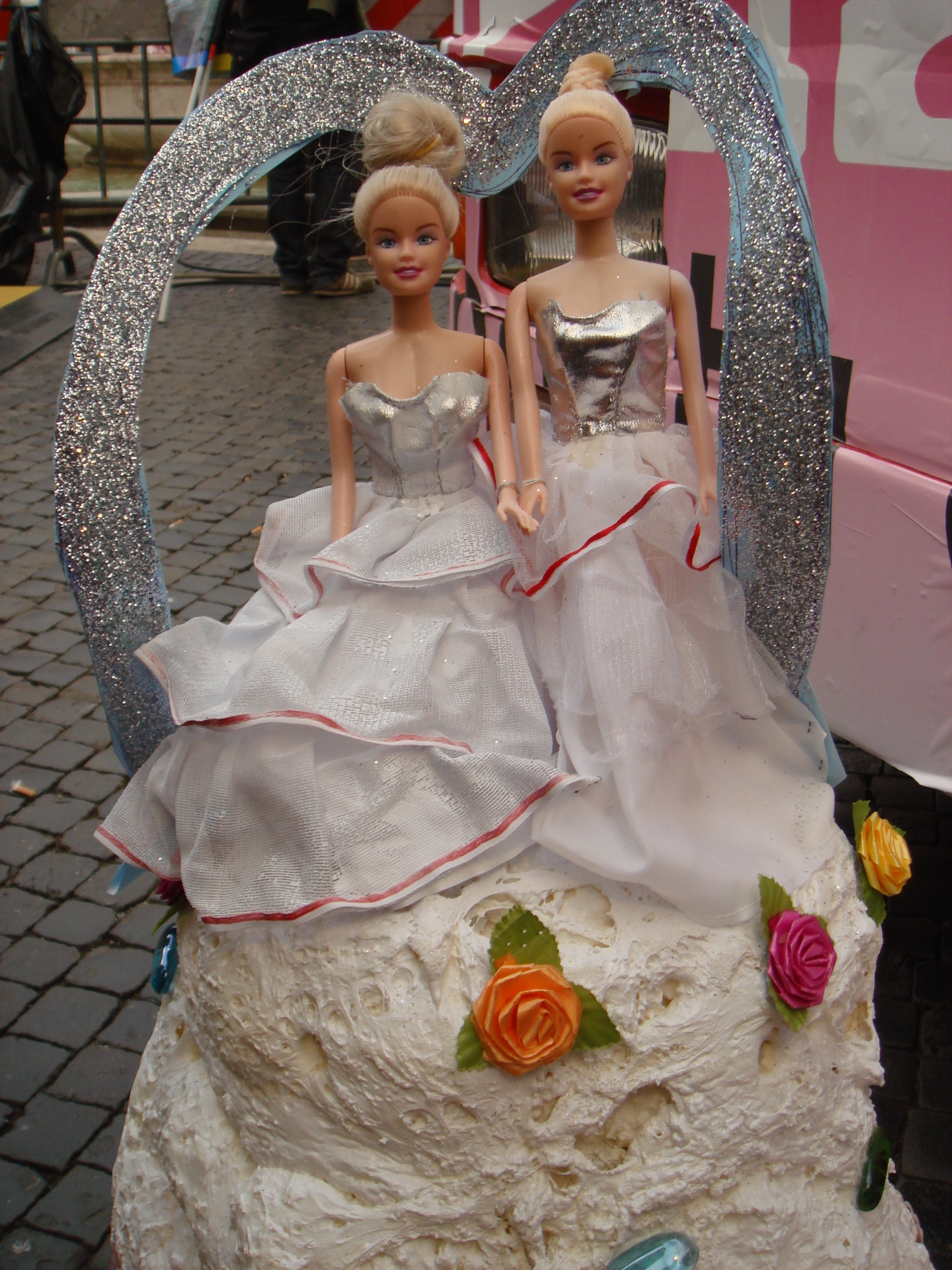 A small photography business run by a husband and wife has closed their business, due to intense media scrutiny, threats and pressure from the gay community in their Bay Area home town.

According to the SF Gate, husband and wife team Nang and Chris Mai of “Urloved”  were “flooded with hate calls, e-mails and accusations that inaccurately depict our business,” after the couple referred a gay couple to a photographer who would “share their personal beliefs” and “would provide them with the best service for their special day.” For that, “one of the men, who asked to not be named,”(real profile in courage) took to Facebook to bash the company and encourage others to harass the Mais. The Nov. 4 post read:

“Great shots but this company denied me and my fiance, a same-sex couple, from their services. Stand up and say something about it."

After apologizing to the couple, the Mais said they were bombarded with vicious and threatening emails and phone calls, which forced them to close shop.  The business confirmed the announcement on their website and Facebook page which read: 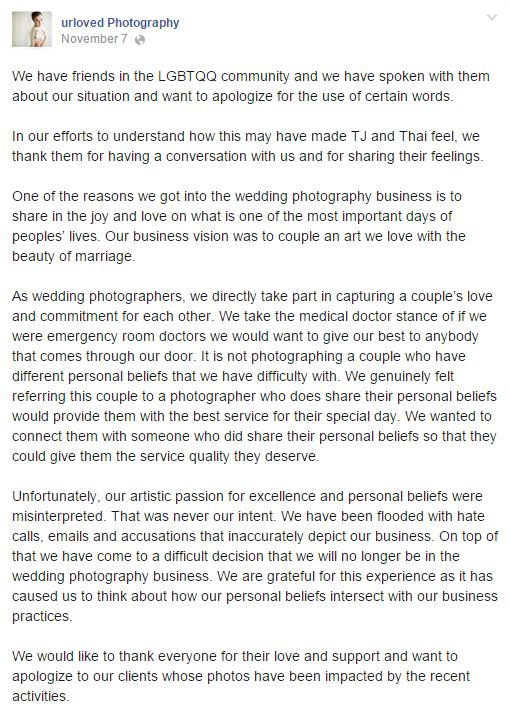 Unfortunately, this is only the latest in a string of cases where small, family-owned businesses were forced to either betray their morals and continue their business or pay heavy fines and lose everything, to stay true to their religion or moral beliefs. In the past few years dozens of cases involving same-sex weddings have made it into the courts or in the media, where often Christian business owners are demonized for declining to participate in supporting a same-sex marriage by providing their services to it.

Some of these cases have even been fought up to the Supreme Court. Last April, the Supreme Court rejected Elane Photography’s appeal to overturn a 2006 New Mexico ruling which said that the Christian business owners violated the state's anti-discrimination laws by refusing to photograph a lesbian wedding ceremony.