Question: if there’s no such thing as a slut, how can anyone be guilty of “slut-shaming?”

Don’t dismiss it as one of those timeless philosophical conundrums (ie. “Which came first, the slut or the shamer?”). The answer is an important key to navigating the shoals of perpetual feminist outrage.

A key part of modern feminism seems to consist of dressing provocatively and then shrieking at men who are, well, provoked. And woe unto those who would suggest there are appropriate and inappropriate modes of dress or behavior. They are committing the unspeakable crime of “slut-shaming.”

The truth is, most people wouldn’t use such crass language.  Feminists, however, are not most people. They’re happy to name a type of woman that they then say doesn’t exist. The latest example of this is a Youtube video by British videoblogger Hannah Witton, making the rounds on The Huffington Post and Yahoo!.

The video began with Witton asking, “What is so bad about looking like a slut, that you’d want to disassociate yourself from that?” She then read answers she received on social media to the question, “What is a slut?” Of course the answers she approves of bash men and “the patriarchy.” Then came the point:

“There is no such thing as a slut. People’s sexual behavior is none of your business and people can sleep with as many or as little people as they like and that does not make them a slut or it doesn’t make them a prude, it just makes them who they are and that’s their choices and it shouldn’t affect you.”

Witton then went on to claim that dress had no correlation with sexual behavior in this beautifully circular argument: “As much as you like to think it, there is no correlation. And also there is no such thing as a slut. So, however a woman dresses, she’s not a slut, because sluts don’t exist.” 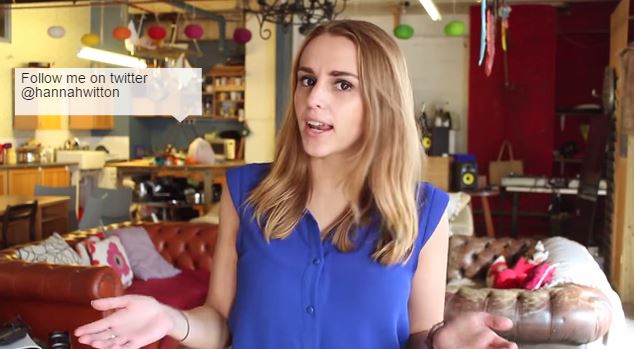 Huffington Post writer Nina Bahadur obtained the video from the feminist video blog “Wifey TV.” Bahadur praised Witton for “breaking down the phenomena of slut-shaming and judging a woman's sexual activity by her clothing choices.”

Yahoo! Style writer Kathleen Schaefer promoted the video as answering the question, “How to respond to the question ‘Do I look like a slut?’” Schaefer then went on to quote Emily Lindin, founder of the “Unslut Project” which fights to end “sexual bullying and slut shaming.”

The elevation of slut-shaming to capital crime has been a feminist project for a while now. Olga Khazan wrote about it back in May.

Judging on how often the term “slut-shaming” has appeared in recent media, with blogs defending Kim Kardashian’s nude photos, the celebrity nude photo leak a few months prior, and even school dress codes becoming an issue, this idea seems to be gaining mainstream appeal.