This morning, New York Times reporter Kim Severson spiced up her obituary for Chick-fil-A founder S. Truett Cathy by tagging him "a symbol of intolerance" who presided over a "restaurant chain [seen by some] as a symbol of hate."

Here's the relevant excerpt (emphasis mine):

When he introduced himself, S. Truett Cathy often played down his job.

“I cook chicken for a living,” he would say.

And on the surface, that was true. Mr. Cathy, who died on Monday at 93, was by all appearances a humble Christian man from Georgia with little education who sold a simple sandwich: a breaded, boneless chicken breast on a soft, white, buttered bun with nothing more than a couple of pickles for garnish.

But as the founder of the Chick-fil-A fast-food empire, he was also a billionaire several times over and, as a conservative Christian who ran his business according to his religious principles, he was at once a hero and a symbol of intolerance. Many admired him for closing his outlets on Sundays and speaking out against same-sex marriage. Others vilified his the chain as a symbol of hate. 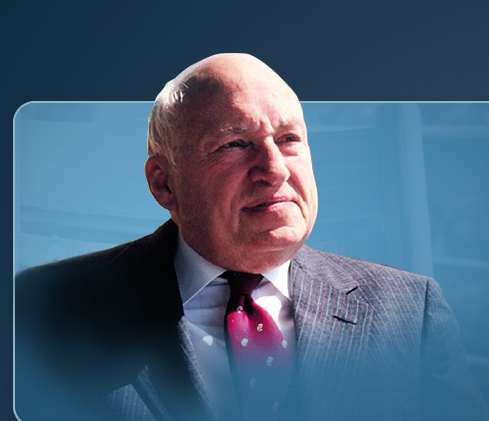 What an evil man! A Christian businessman profiting off of tasty, tasty hate in a buttered bun!

Severson front-loaded her 27-paragraph obituary with the controversy two years ago over son Dan Cathy's statements in support of traditional marriage and Chick-fil-A's contributions to socially conservative advocacy groups. It wasn't until paragraph 16 that Severson then rewound to discuss Truett's journey from humble beginnings to the head of a wildly successful fast-food chain.

By contrast, the Associated Press's obituary dealt with the controversy, but avoided using stringent, loaded language as did Severson. What's more, the AP threw in an interesting story about Mr. Cathy exercising mercy towards two teenagers who vandalized his home:

Cathy also was known for his efforts to help youth. In 1984 he created the WinShape Foundation to help "shape winners" through youth support programs and scholarships. He also created a long-term program for foster children that has foster care homes in Alabama, Georgia, Tennessee and Brazil.

His sympathy for children was demonstrated in August 2008 when he worked out a deal with the parents of two girls who were accused of causing $30,000 in damage to a home he owned in New Smyrna Beach, Florida. The girls were banned from watching TV and playing video games. They also had to write "I will not vandalize other people's property" 1,000 times.

He told the Daytona Beach News-Journal that he didn't want to have them prosecuted and left with a criminal record.

That's hardly the posture a "symbol of hate" takes towards those who have wronged him.

Update (16:25 Eastern): My colleague Clay Waters reminded me that Severson is a past vice president of the National Gay and Lesbian Journalists Association and that she treated readers to rather slanted coverage of the 2012 Chick-fil-A controversy, which you can read here.