According the feminist media, the road to women’s equality is paved with… orgasms.

Cosmo’s July issue boasted singer Nicki Minaj on its cover. Inside, the star talked sex, including her “demand that I climax.” Following her cue, the feminist media began chanting “orgasm equality.” The Guardian’s Jessica Valenti pushed, “Why should we demand equal orgasms for all?” while Bustle’s Kristen Sollee vowed, “equality starts in the bedroom.” 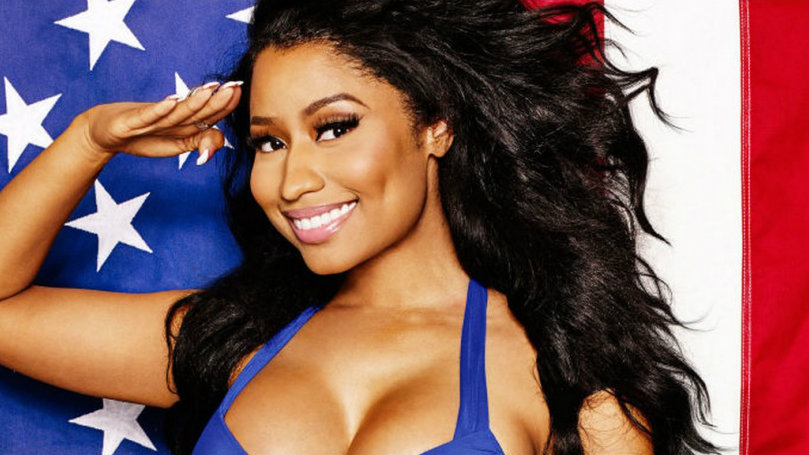 When Cosmo’s Laurie Sandell asked Minaj during an interview if she considered herself “high- or low-maintenance in bed,” Minaj touted, “High, because I demand that I climax. I think women should demand that.”

In response, feminist and entertainment media latched on to Minaj’s words to initiate the latest women’s cause: “orgasm equality.”

A fan of Minaj, The Guardian’s Jessica Valenti demanded “Women deserve orgasm equality,” in her headline (also on Alternet).

“There’s plenty of sexism in the world, but there’s only one type that’s actively fun to remedy,” she began. “Orgasm equality is a movement I can definitely get behind ... or on top of.”

According to Valenti, “orgasm equality” is a feminist cause.

“[W]hile the ability to climax during every sexual experience may not rank as urgently as other feminist issues, sexuality is a core part of the human experience,” she wrote. “Why shouldn’t we demand equal orgasms for all?”

For feminist site Bustle, Kristen Sollee listed the, “5 Reasons ‘Orgasm Equality’ Should Be A Real Movement.”

Sollee cited both the newly-FDA-approved female Viagra and Minaj now “spread[ing] her sexual gospel to others in need” as the cause’s foundation.

“This confluence of events is no accident,” Sollee wrote. “When the desires of the medical establishment and the pop pantheon coincide, who are we to question? It’s no doubt a long overdue sign from the god(desse)s that orgasm equality is a directive to which we should all submit.”

Given “in the spirit of gender equality and pleasure for all,” Sollee’s reasons for “orgasm equality” included:

“Having the confidence to get yours — and ask for it loudly (or in a sultry whisper or baby talk or whatever the hell you’re into) — is a feminist act,” she insisted.

For Sollee, other equalities for women rely on “orgasm equality.”

“Many people consider sex a secondary problem since we’re still fighting for equal pay and reproductive rights and the like, but if you ask me, equality starts in the bedroom,” she concluded.

"OMG, preach it lady!” Paige exclaimed. “We could not agree more: it's 50/50 in bed, and we deserve orgasms just as much as our partners do. Pleasing is a two-way street, always. Thanks, Nicki, for confirming what every woman should know. #NickiForPrezident.”

For gossip site VH1m, Alexa Tietjen instructed, “Stop what you’re doing, ladies. Nicki Minaj is schooling you on how to have better sex, and her first lesson is on demanding more orgasms in bed.”

In the same issue as Minaj, Cosmo’s Abigail Pesta interviewed Nigerian young women – #BringBackOurGirls survivors of Boko Haram – but the feminist media didn’t tap into that story, nor did Comso recognize them on the cover (as with Minaj).

Nice to know the priorities of feminists – and their new poster girl.

Minaj, queen of “pornified pop,” loves to mock the Catholic Church – even in regards to exorcisms and demons (hers is named “Roman,” by the way).