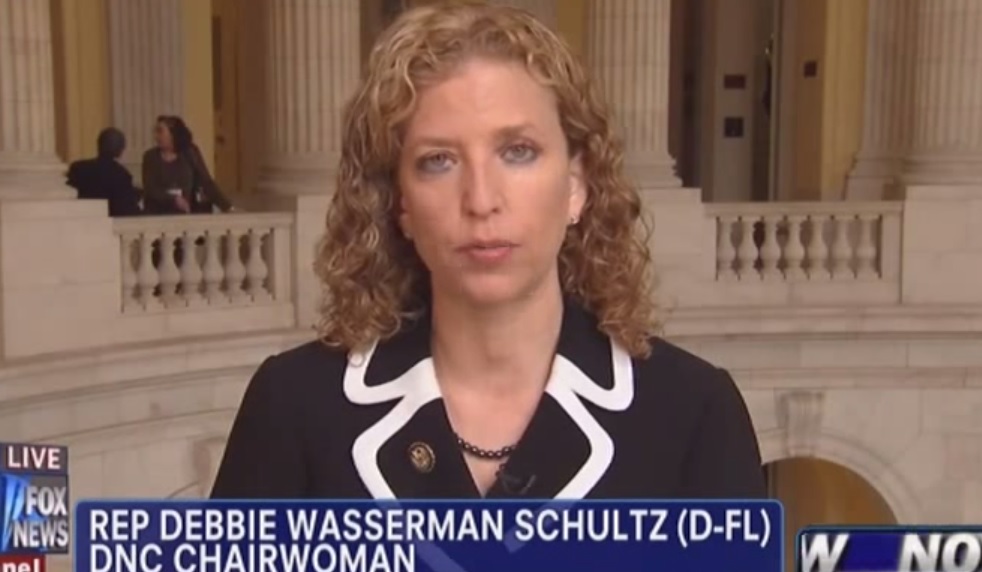 The media would be all over a Republican politician if he or she refused to support abortion – even in cases of rape and incest. But a Democrat politician supporting abortion in any situation? Not so much.

Following the lead of an AP reporter earlier that day, New Hampshire journalist Paul Steinhauser asked Sen. Rand Paul (R-Ky.) about his stance on abortion on April 8. Sen. Paul responded, “Why don’t we ask the DNC: Is it OK to kill a seven-pound baby in the uterus?” When DNC Chair Wasserman Schultz (D-Fla.) refused to cite any restrictions on abortion, and the three broadcast networks – ABC, NBC and CBS – remained silent on the incident.

“You go back and you ask [Rep.] Debbie Wasserman Schultz if she’s OK with killing a seven-pound baby that is just not yet born yet,” the 2016 presidential candidate challenged. “Ask her when life begins, and you ask Debbie when she’s willing to protect life. When you get an answer from Debbie, come back to me.”

Steinhauser may have taken his cue from the DNC. According to Hot Air’s Allahpundit, after Sen. Paul “danced around the AP’s questions” the DNC “dutifully sent the story around to the media, hoping they’d take the baton and keep asking him about [abortion].”  (Shocking, right?)

Hours later, Rep. Wasserman Schultz responded to Sen. Paul's question – but not because a journalist asked her.

“Here's an answer. I support letting women and their doctors make this decision without government getting involved. Period. End of story," she wrote in a DNC statement.

Huh. That response sounds eerily similar to a Florida Planned Parenthood lobbyist’s argument for a woman’s right to after-birth abortion.

“Well, it sounds like her answer is yes, that she's OK with killing a seven pound baby,” Sen. Paul told host Wolf Blitzer. “Not everybody agrees on the issue,” he admitted, “but even most of my friends who are pro-choice will tell me they're not OK with seven and eight and nine pound abortions.”

“Debbie's position, which I guess is the Democrat party position, that an abortion all the way up until the day of birth would be fine,” he said, “I think really most pro-choice people would be a little uncomfortable with that.”

Perhaps the media, too. ABC, CBS and NBC censored Rep. Wasserman’s Schultz’s “no restriction” stance from their broadcast news shows. (On the other hand, they’re obsessed when Republicans say “no abortion.”) In addition to the Big Three, the censorship also extended to Spanish-language networks Univision, Telemundo and MundoFox.

Playing into the media abortion-probe on conservatives, Blitzer pressed Sen. Paul for his abortion stance.

Sen. Paul responded, “Basically my point of view has been that anything that puts forward and develops and says ‘You know what, there is something special about life and there’s a role for government’, I’ve supported.”