The jokes are on Indiana. Centered on April Fools, late-night comedians have been poking fun at Republican Indiana Governor Mike Pence. According to the hosts, there’s only one side to take in the controversy — prompting the question, who’s the real fool this month?

“[S]tate legislators in Indiana played a hilarious April Fools’ prank on gays and lesbians,” Kimmel began. “They convinced them they'd passed a law that would let businesses discriminate against them.” He mocked, “Oh, what won't those gays fall for next?”

“All my friends are in Indiana,” Letterman joked, “but I think Indiana's gone nuts. Today they banned same-sex carpools. Really.”

He later likened the repressive Islamic Republic of Iran to Indiana saying, “Oh, John Kerry is getting tired of dealing with Iran over the nuclear arms deal. He said today, he said, ‘We've got to wrap up negotiations with Iran so I can start dealing with Indiana,’”

When Sen. Al Franken, D-Minn., appeared as a guest, Letterman flooded him with questions about Indiana. “[W]hat can I do now to -- to make the governor feel uncomfortable?” Letterman asked. Franken suggested the fellow comedian run for office. 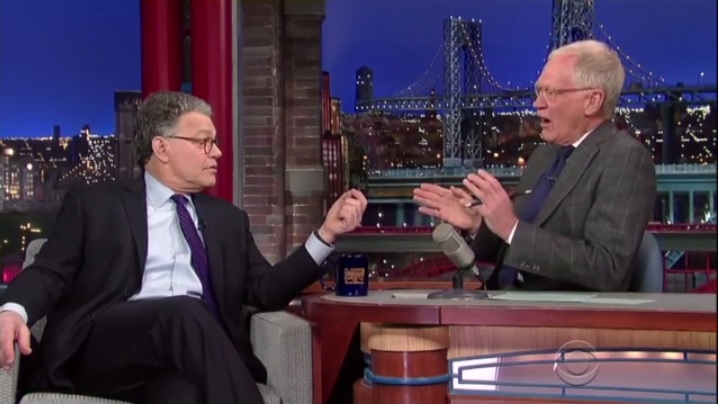 Letterman’s jokes began the night before. He played a video compilation of Pence inhaling while speaking at a press conference – accompanied by a constant laugh track.

“This – this is not the Indiana I remember as a kid,” Letterman said. “[F]olks were folks, and that's all there was to it.” Letterman, who was born in 1947, might be glossing over history just a bit since he was born roughly 17 years before the passage of the Civil Rights Act.

A fact filmmaker and art director Michael Deppisch pointed out in a tweet (retweeted by RedState and The Blaze’s Ben Howe). He responded to Letterman’s remark “This is not the Indiana that I grew up in,” tweeting, “He's right; segregation was still legal when he was growing up.”

Letterman threw many jabs at Pence including:

During Conan on April 1, the host also acknowledged the “big controversy.” When an audience member cheered at him bringing up the issue, Conan O’Brien said, “I wouldn't say ‘whoo’ exactly.”

“Whoo, Homophobia, whoo,” Conan said. “Yeah, that's not the response I'd go with.”

But, in Pence’s defense, he “now says he is not anti-gay,”  said Conan, adding, “immediately afterwards, he said, April Fools’. It wasn't his best joke.” It wasn’t the comedian’s either.

But compared with the day before, Conan’s April Fools’ day segment was tame.

On March 31, Conan pretended to interview a supporter of the Indiana bill with a mock-interview. The fictional stereotype they conjured up was “self-appointed religious freedom czar” Don Biederman who said, “This law prevents discrimination against good church-going folks who just want their businesses homosexual free.”

“[I]f there are any homosexuals nearby,” Biederman said, “God cannot hear your prayers.”

To prove his “highly refined gaydar,” Biederman told Conan, “If I sense there’s a homosexual nearby” then “my turgid penis instantly lengthens and hardens, rearing up defensively.”

“[Once my gaydar has gone off,” he continued, “I can use my penis to poke the offending homosexuals off the premises.”

That was just the latest attempt by the left to portray anyone who supports traditional marriage as a closeted homosexual. It was far from the only outlandish attack.

On March 30, Conan highlighted the NCAA Tournament’s Final Four playing in the state with “a law that discriminates against gay people.”

“Just wait until Indiana finds out all those players shower together,” Conan said. “[A]t the games, the vendors are going to make you explain exactly what you plan to do with that foam finger.”

“They'll take it away from you. Take away your foam finger,” he said. “That's terrible.” 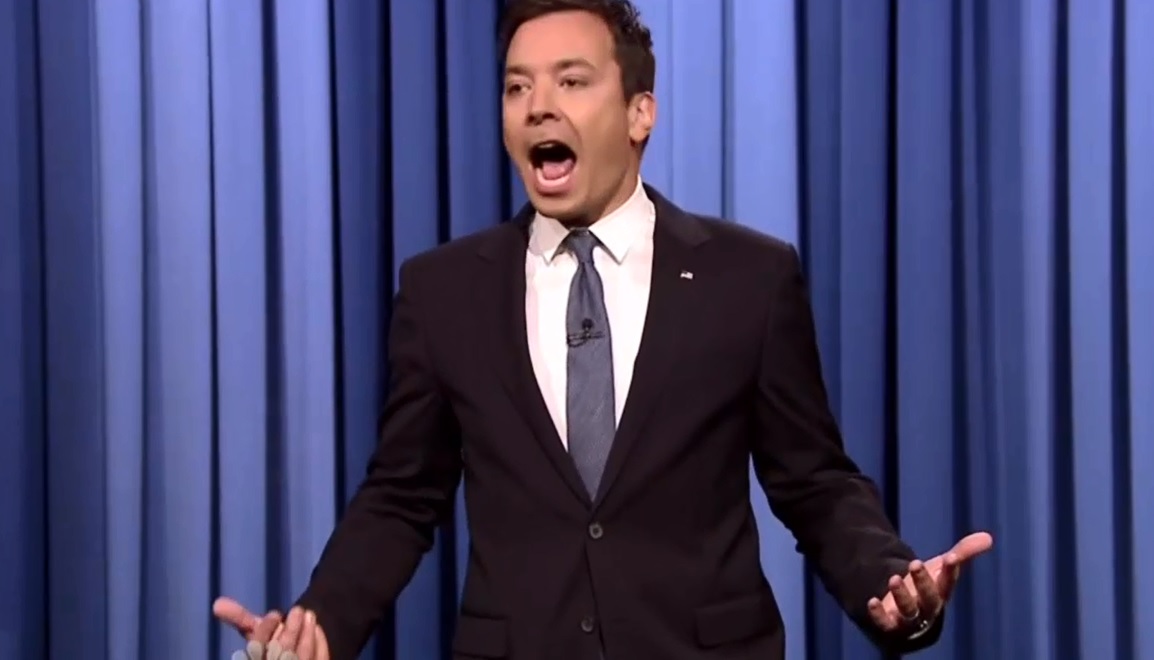 Pence “held a press conference yesterday to clarify the law,” Fallon said. “He was like, ‘Look, I just want to set the record straight. I mean, it doesn't have to be straight, uh, just wants to be or something, I'm just making it worse.’”

Last but not least, comedian Seth Meyers chimed in on the controversy with a play on words during Late Night with Seth Meyers on April 2.

“[P]residential hopefuls Jeb Bush, Ted Cruz and Scott Walker have all come out in favor of the new law,” Meyers said. “Wait -- oh, wait, I guess I shouldn't say ‘come out.’ They're behind it. Nope. ‘Behind it’ doesn't work either.”

One day earlier, Meyers kept his joke short and (not) sweet.

“Passover is this week. And I thought this was great, in honor of the holiday, many businesses are passing over Indiana,” said Meyers. “That's a nice way to celebrate.”

On March 31, Meyers played edited video clips to stress the “terrible job” Pence did during an interview on ABC’s This Week.

All five comedians continued their jokes through the evening of April 2, with a special focus on Memories Pizza in Indiana, which refused to cater gay weddings because of Christian beliefs.

“[W]hat self-respecting gay couple would ever ask a pizzeria to cater their wedding in the first place?” Kimmel asked.

He laughed, “If someone orders a dozen pizzas and the delivery guy shows up, it’s a gay wedding, does he, what, take the pizzas back? Like, ‘You cannot have these, these are for fat heterosexual people only.’”

For his show, Letterman added, “You want a pizza store to cater your wedding, chances are you may not be gay” (before playing a faux Indiana commercial that assured “gay people are welcome” in the state with cities like “Ballston” and “Licking”).

Chiming in, Fallon teased, “Gay guys were like, ‘We wouldn't serve pizza at our wedding anyway.’”

The first of the five hosts to poke fun at the pizzeria, Conan joked that “[O]nly straight people are tacky enough to want pizza at their wedding. No gay person, no gay person is upset.”

“We'll show those gay people,” Conan said of Memories Pizza. “No pizza at their weddings.”

Other liberal media, including the broadcast networks, played along in the bash-Indiana crusade, while online media shared videos proclaiming “Indiana is a Great Place to be a Bigot!”