Does Margaret Sanger’s legacy have redeeming qualities? One Christianity Today board member thinks it does.

For Christianity Today, Rachel Marie Stone discussed how “Contraception Saves Lives” in a March 11 piece. Stone, who sits on the editorial board of CT, attempted to redeem Planned Parenthood Founder Margaret Sanger through her birth control support – and “give the charge of ‘eugenicist’ a more complete background.” Facing a Twitter backlash, Stone later defended her story by tweeting about Sanger’s “compassion.” 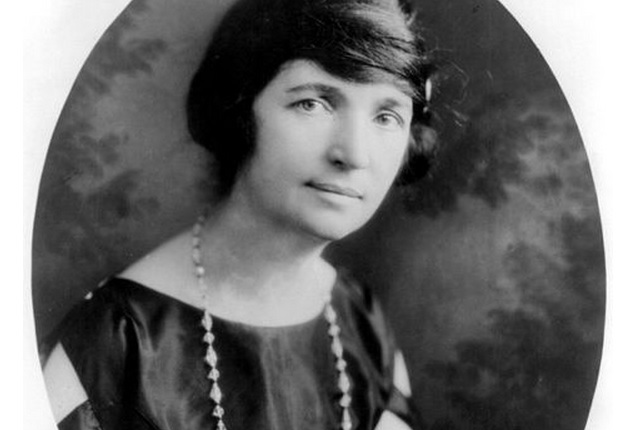 To begin her piece, Stone told the story of Margaret Sanger as a “young nurse” who promised to make contraception “widely available to working class and poor women” after watching a woman die after an attempted abortion.

Stone went on to detail how she encountered a midwife, Lena, in Malawi, Africa who studied at the Margaret Sanger Center in Lower Manhattan. “A great woman, Margaret Sanger!” Lena told her.

While Stone “wasn’t sure how to reply,” she explained how “Sanger founded Planned Parenthood, which, contrary to what Sanger would have wished, is today the largest provider of abortions in the United States.”

“Sanger herself opposed abortion,” Stone said, by “saying that ‘no matter how early it was performed it was taking a life.’”

Huh. Wonder if Stone also knows Sanger described birth control as “nothing more or less than the facilitation of the process of weeding out the unfit” for a “cleaner race.”

Stone admitted Sanger, “like many medical professionals in her day, did hold eugenicist ideas,” and while she didn’t want to “excuse” Sanger, she did “want to give the charge of ‘eugenicist’ a more complete background.”

For example, “Eugenics were enshrined into compulsory sterilization laws in many U.S. states and supported by organizations like the Women’s Christian Temperance Union,” she said.

But not just any birth control worked. Stone recommended “invisible, woman-controlled methods”– in other words, the pill or the Depo-Provera shot. Natural Family Planning “won’t likely work for women living in places like [Malawi, Africa]” because, as Stone explained, “I taught Christian seminary students who believe that God gave them the right to demand sex from their wives whenever they wanted it.” Condoms are a no-no too “in places where men regard them as emasculating.”

Referencing letters Sanger received from women asking for birth control, Stone deciphered, “they were hoping that birth control would help them to be good wives and good mothers to the children they already had.”

Critiquing her piece, Denny Burk, Professor of Biblical Studies at Boyce College, argued, “Never mind that Sanger was a racist eugenicist and the founder of Planned Parenthood. Stone argues that Sanger points us to the humane uses of contraception, and we should be thankful for that part of her legacy.”

He continued, “The attempt to salvage Sanger’s ‘good’ by downplaying Sanger’s ‘bad’ doesn’t pass the sniff-test. It would be like saying, ‘Yes, that slavery thing was pretty bad, but look at all the wonderful cotton that came from it.’”

Facing criticism on Twitter, Stone defended her piece “in favor of contraception and complicating the usual Xtian demonization of Margaret Sanger” in a series of tweets: