CNN Host: Islamic Creed ‘Some Terrorists Use’ Like the Lord’s Prayer

During CNN’s “Legal View with Ashleigh Banfield” on Dec. 15, the host repeatedly compared an Islamic creed, the Shahada, to the Lord’s Prayer recited by Christians. To “make a connection” for viewers, Banfield emphasized how people shouldn’t fear the Shahada – even if terrorists “use [it] to separate Muslims from non-Muslims” for death.

The topic was the Sydney gunman who held hostages in a chocolate store. “He demanded an ISIS flag, and he posted a black flag in the shop’s window,” Banfield said. Showing a picture of the flag, she translated the writing on it: “There is no god but God, and Muhammad is the prophet of God.’”

Peter Bergen, CNN’s national security analyst, explained the writing as “the essential doctrine of Islam” that appears on ISIS flags, Al Qaeda flags and even on the Saudi Arabia national flag.

Agreeing with him, Banfield identified the writing as the Shahada. “[A]nd,” she continued, “I think if you wanted to make a connection, it would be maybe considered equal to what Christians consider the Lord’s Prayer.”

Sure, both are important to their respective religions. But then, Banfield immediately continued:

Is it also the same thing that some terrorists use to separate Muslims from non-Muslims? In some of these terrorist incidents, they asked them to recite this creed and if they can’t, they’re put in the group that is going to die?

Huh. Haven’t heard of Christians doing that recently with the Lord’s Prayer. 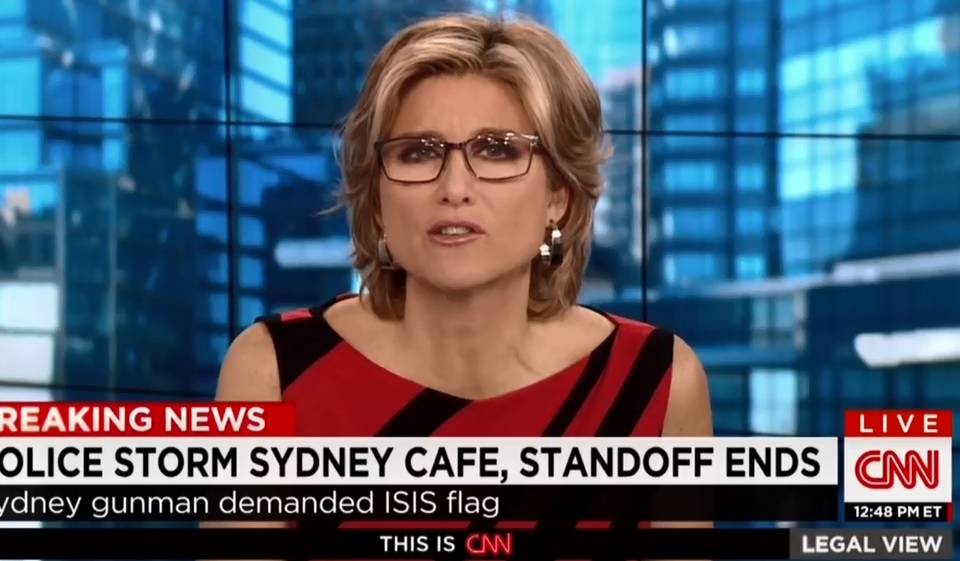 Bergen attempted to redirect her, stressing, “Any Muslim would know the profession of faith, just as you say, Ashleigh, you know any Christian would know the Lord’s Prayer.”

But Banfield couldn’t leave it at that. She had “one important distinction to make” that she deemed “critical:”

How about stressing the similarities between the Bible and Qur’an too? Or maybe not.