Media, take note: while your journalists might forget the Gosnell story, your consumers won’t.

In a Dec. 3 press release, “The Gosnell Movie” producers announced the reopening of their crowdfunding campaign to tell the story of a “convicted serial killer:” Philadelphia abortionist Kermit Gosnell. The Gosnell Movie originally raised over $2.2 million, becoming the most successful movie on the site – in the face of blatant censorship by the media on the murderer’s case. 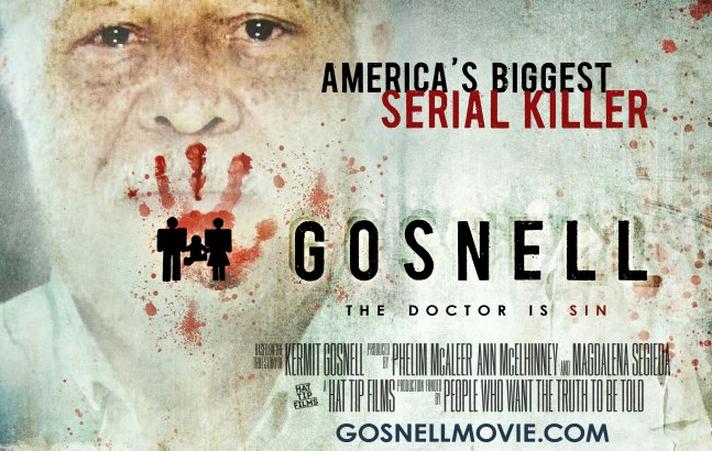 According to the press release, crowdfunding website Indiegogo selected the film for a new pilot program called "Forever Funding." The program permits the most popular campaigns to reopen indefinitely for further funding.

Kermit Gosnell was convicted May 2013 of first-degree murder of three babies. The trial, in which witnesses described baby abortion survivors “swimming" in toilets “to get out,” attracted a scant 12 – 15 reporters. Only after 56 days, multiple letters from members of the House of Representatives and a public outcry, did all three broadcast networks report on Gosnell. The movie campaign itself faced censorship.

“Gosnell's trial and conviction was particularly controversial because it went largely unreported by the media,” read the press release, “prompting allegations of a ‘cover-up by liberal journalists’ not wanting to cast a harsh spotlight on the abortion industry.”

The press release went into further depth on the horrors of Gosnell:

It is thought that Gosnell, who ran an abortion clinic in Philadelphia, killed hundreds, perhaps even thousands of babies in a forty year killing spree. The jury found he murdered babies born alive by sticking scissors into their necks and cutting their spinal cords, a practice he called "snipping." Several women were also killed by Gosnell.

In response to the reopening, Gosnell producer Ann McElhinney expressed her excitement. “After the campaign first closed we had a lot people telling us that they missed it the first time and sending us checks,” she said. “We also heard from previous donors who wanted to give again.” The reopening gives them another chance, she stressed.

Providing a “huge boost,” the reopening also means “a better movie” with “more shooting days, better actors [and] higher production values.” She continued, “It will also mean we will be able to get Dr. Kermit Gosnell's story out to a wider audience.”

McElhinney put the story in perspective:

After the campaign first ended, a guy from Ohio, in a lighthearted campaign, received $55k so he could make a potato salad. We know there are many more people out there who think the Gosnell Movie is more important. They want to help get the Gosnell Movie made and end the censorship around the story. This is their chance.

Besides the media, co-producer Phelim McAleer pointed out “censorship” from crowdfunding site Kickstarter:

We first tried to launch the Gosnell movie on a rival website Kickstarter but they wouldn't let us tell the truth about Gosnell's crimes because it would offend their “community standards.” We are so pleased that we went with Indiegogo who have truly embraced diversity of opinion and freedom of speech.